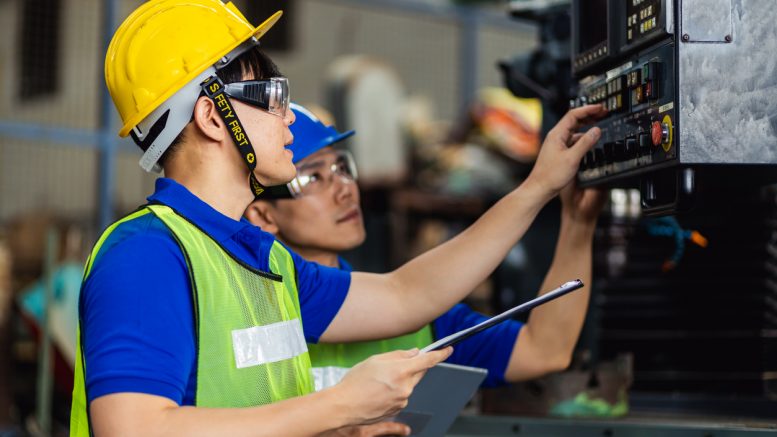 Are you considering a career in industrial automation? This field can certainly prove lucrative if you pursue the right education and training. To understand more about job options, we asked the pros at cdncontrols.ca about this career choice and how to make the most of it.

Some examples of automation include computer-controlled robots that wrap candies, knit sweaters or assemble vehicles. There are many forms of automation, from completing entire processes as part of complete automation to machines fulfilling tasks alongside human interaction. Virtually every type of manufacturing involves automation or soon will. At the same time, these machines require humans to design, build, maintain and repair them.

Is automation a good thing?

Society benefits in many ways from manufacturing automation. Robots and computers entering the workforce greatly reduce manufacturing costs, passing savings onto consumers. Products are also made with greater uniformity and precision, reducing variation from one unit to the next. Manufacturing deadlines are more predictable and easier to meet when processes are automated. Although it seems at face value that these machines take jobs from people, they actually create new jobs in the specialized automation field.

Salary Projections and Growth Expectations for the Automation Field

People working in the field of automation often fulfill the position of electromechanical technologists. This is a slowly growing field, but one expected to expand by four percent from 2012 to 2022. Because it offers a slower-than-average growth rate, finding a job will prove highly competitive. There are also early automation workers retiring from this field, opening up space for upward mobility within an organization.

According to recent projections from America’s Bureau of Labor Statistics, the median pay for an automation job in 2012 was $51,280 per year for electromechanical technicians. But positions requiring more education and training, such as researchers and developers, received a median pay rate of $60,750 at the same time. Mining support workers typically received an annual salary of $42,480, in comparison.

Some industrial automation jobs take place primarily in an office environment. For these roles, the workers sometimes also visit factories or other sites in the field to work on the equipment. Because of the changing environments, it is important to understand the safety risks of the role, depending on each manufacturing or industrial site. It is also critical to know what to do when an accident or injury occurs. Workers typically receive intensive training on an annual or semi-annual basis to keep them updated on the latest safety processes and procedures.

The workplace typically provides automation employees ample opportunity to involve themselves in the practical application of the automation-associated technologies. Available roles give skilled workers a real chance to make a difference in their workplace.

The education and training required for automation jobs vary widely. Some roles only necessitate an associate’s degree. But others require more advanced degrees, such as for highly detailed, specialized automation-focused career paths. Having a four-year degree can open doors to project management, industrial engineering and engineering consulting, as examples. A master’s or doctorate degree also enables you to specialize in your field and involve yourself in more intricate engineering, design and implementation roles, even within an executive career track.

Be the first to comment on "Is Industrial Automation a Good Career?"

What is Included in a Tire Service?

Top 7 Ways How to Be Completely Anonymous Online

Advantages of Freelancing and How to Optimize Your Career

How to Grow Your Business With Stage To Scale

Can Analytics Predict Currency Inflation in the Business World?

﻿Advantages of outsourcing IT Support Services

How Label Printers Can Improve Your Work Processes

5 Signs of a Successful Nursing Career

Where to Buy Children Furniture online in the USA