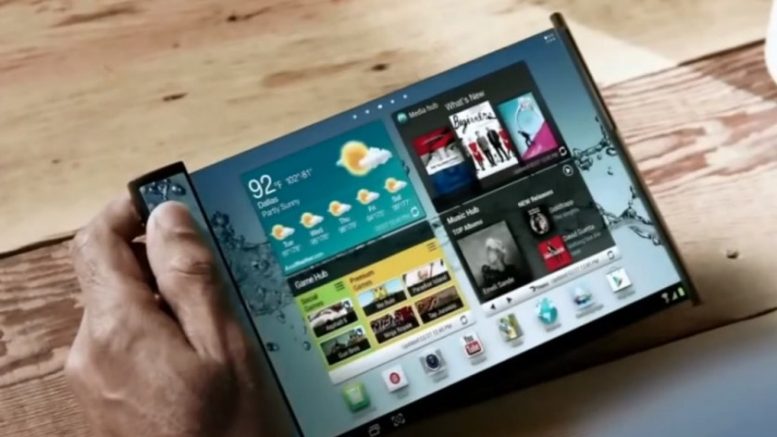 A new year means a new list of best upcoming gadgets. Nothing is more exciting than looking at a fresh foray of incredibly innovative gadgets that will shape up the trend this year. And what better way to find out the cutting-edge innovation than checking out what was brewing at the Consumer Electronics Show? Taking place early this year in Las Vegas, fresh startups and big brands gather to showcase their concept and expertise. A few of the most anticipated gadgets of 2018 can be seen in the following list. 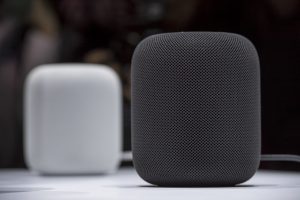 Majority of us must be aware of the fact that the HomePod must have been released before Christmas. However, much to our disappointment, the tech giant was not ready. The Apple HomePod itself is nothing more than an Apple version of Alexa. It was specifically built to disrupt Google and Amazon domination in the smart speaker industry. However, it’s proven to be quite a difficult task.

Controlled by Siri, the infamous Apple’s Artificial Intelligent assistant, the smart speaker is set to be the biggest rival of Amazon Echo. Not only can it be used as your own personal musicologist, it can also be used to send iMessages and read the news to you. Seamlessly designed with 3D mesh fabric, the smart speaker is also fitted with Apple’s A8 processor with 4-inches subwoofer.

The Chinese laptop giant has been doing incredibly well with its laptop lineups. This year, Lenovo is also among the few brands kicking off the year with an incredible innovation. Unveiling the latest range of ThinkPad devices which are supposedly not only lighter, but also thinner. All of the models in T-series are powered by the latest Intel Core Processors of the 8th generation.

Being marketed as the ultimate corporate workhorse, ThinkPad T-series boast impressive privacy protection features. Some of the features include fingerprint reader, IR camera, and ThinkShutter webcam. The combination of these features are capable of protecting users from being watched or attacked by computer hijackers. An issue that seems to be prevalent in this day and age.

But perhaps, the most interesting innovation that Lenovo injected to its latest T-series is a battery that lasts for 27-hours. There will be three models available later this month; the ThinkPad T480, T480s, and T580. Starting at 989-dollars, 1,269-dollars, and 1,079-dollars respectively, Lenovo is set to be the next best thing in the laptop industry. Keep reading to find more best upcoming gadgets. 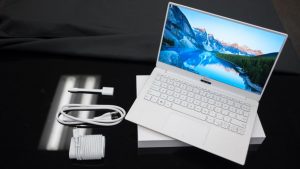 This year, Dell announced the 2018 version of XPS 13 laptop. Does it feel like deja vu? We don’t blame you, the XPS 13 laptop has indeed been released last year. However, the brand is determined to bring the souped up version of the model. The latest version of XPS 13 is back sporting the latest 8th generation Core i5 and i7 processors from Intel.
Comes with bezel-less display, the new XPS 13 also boasts 20-hours battery life. The battery life may decrease to 11 hours when used to operate in the 4K Ultra High Definition model. With better power management, the laptop is fitted with the latest Gore thermal insulation and dynamic power mode. The result is better heat dissipation, and more efficient and powerful performance. 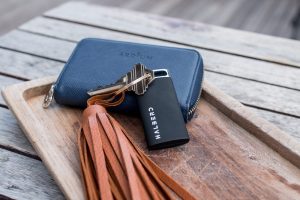 As the world’s most advanced Bluetooth key and lock brand, Halberd started the 2018 with new innovation. The next generation smart Bluetooth product makes it possible for users to lock their PC every time they are away to ensure security. Privacy and security in this day and age is of paramount, and nothing can bring a peace of mind quite like this particular product.

There is simply no need to sprint back to your PC when you accidentally forget to log out. Halberd makes it possible for you to get the job done remotely and automatically. Not only that, timeout policies have no place with this product has the ability to continuously authenticate your presence. Starting by posting the gadget on Kickstarter, the product is set to achieve equally meteoric rise once it becomes available in the next few months. 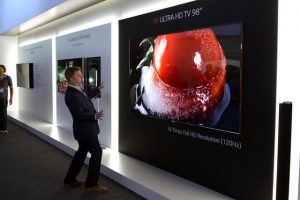 LG announced the upcoming release of 88-inch 8K OLED panel TV early this year. Have you ever seen how ridiculously stunning and detailed 4K OLED TVs are? Now try to imagine the same TV display, but twice as good. That is essentially what LG offers. The 8K OLED TV is claimed to be the largest OLED TV Panel packing the highest resolution to date. The TV is going to be available sometime this year, making it the most impressive best upcoming gadgets.

Styles of Lens Flare PNG Image to Use in Theme Graphics

The Best Link Building Strategy For 2020

Painting the House has Never Been This Easy

The Here One Wireless Smart Earbuds

Get your Car cover from the car Auto covers

Waterfall vs. Agile: Which Methodology is Right for Startups

6 Ways To Be Successful in Business

Simple and cost-effective marketing: promoting your beauty business with leaflets

The most effective method to start a Handbag Retailer

Apartments Design And Renovation: How To Raise And Promote On Instagram

How to Send a Secure Email?

Joel Devidal, CEO of SMEJapan.com, Shares 10 Ways to Become a Better Leader as an Entrepreneur