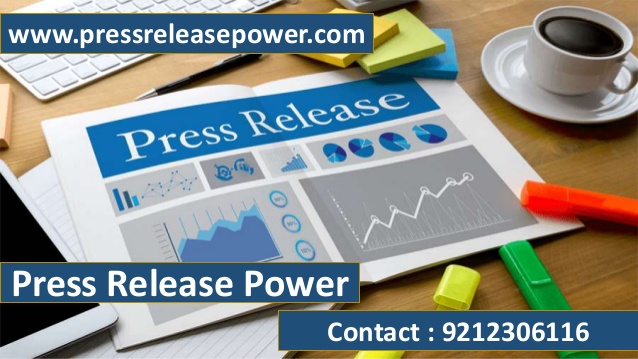 Usually, people consider the best press release distribution service as an individual tool to generate publicity. Whereas, there are many types of press releases that come up with distinct rules and formats.

For those who don’t know about a press release, it is an announcement in a written format, given with details that influencers, bloggers, or any news outlets needs for the publication of their story and are supposed to amplify the spread of the given message. One can also easily learn more about writing a press release.

Here is a brief summary of different kinds of press releases;

A book press release is meant to announce the launch of a new book with its fascinating details. Although many books are being written and launched, only a number of books win the press coverage as they are newsworthy. Let’s take an example, books are much into the focus of news when well-known personalities launch them, or they have won the award, or have been spotting light on the hot trending topics.

Many of the press releases are penned, keeping the initial audience the media members. This type of press release is slightly different. It is supposed to give details about the particular event. The ultimate goal is to write about the main points of events and bring them into the audience’s focus. The details entail about the answers of “what, when, where, where, and how” questions. Most often, it is preferred to enlist or present in bullets the details, as they would be easy to catch by the readers.

In this type of press release, a launched product is announced to let the people know what new thing has arrived in the industry. This is supposed to include its unique features that make your product different from the products of your competitors – a product can be only newsworthy when it is new and different.

It is important to announce a new business or businesses. It should be represented in such a way that clarifies its worth for a piece of news. Anything new business is fascinating when it comes up to the features that fill the gaps of existing businesses in the same realm. Let’s take an easy example, in any city, there is no availability of food, and new food business is launched in that area – people get excited and attracted to that. But for that, the announcement is necessary to reach out to the public to showcase the business details. Publishing online, it behooves the writer to hyperlink the original website address.

The award press releases should be published highlighting your accomplishments in the business. This would uplift the name of your industry. This kind of press release should display you as a leader in the industrial world.

There are a couple more types of press releases. It doesn’t matter which type of press release you have to pick – some general rules are common to all the types. Always create a catchy headline, the information should be well written, and accuracy matters a lot. Try completing your story in fewer sentences possible.

Handy Tools to Get Your Homework Done

Get the Elegant and Stylish Power Bank with Zenpower Power Bank

Samsung Galaxy S8 Accessories You Should Have

Technical specifications: what it is all about?

2017 Advancements of the VR Technology

4 Ways to Save Money on US Business Taxes

The Truth About Web Hosting Coupons and Their Affordability

15 Tips Make your small company start like a rocket

10 Reasons to dedicate your work to others

The Question on Everyone’s Mind: Where to Live in Dubai?

What Services Does A Property Management Firm Offer?

Managing Stress and Burnout as a Startup