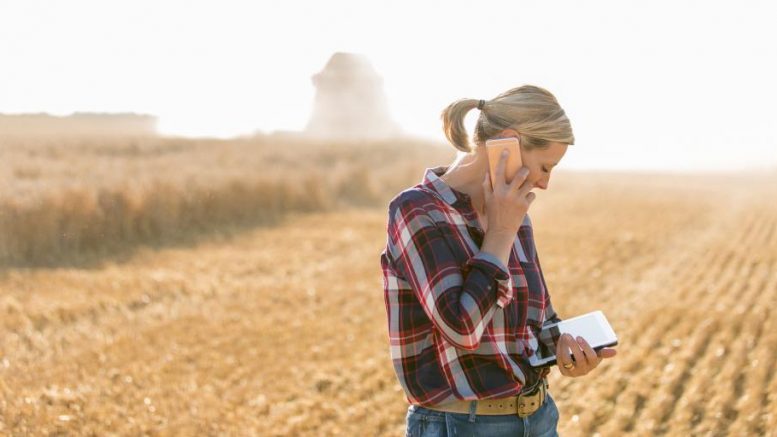 You’ve heard of click farms and bot farms, but have you heard of the phone farm? Today, you don’t need huge warehouses filled with drone-like workers to start a farm – all it takes is a bunch of burner phones with 4G connections to create your own proxy network at home and earn money. If that is too much work for you, a reliable proxy provider is the best choice.

As thousands of ‘beer money’ side-hustlers are finding out, you can set up your own phone farm in your house with ease. Photos of dozens and even hundreds of phones are popping up online. And, from the responses, some people are making $100 and more every month simply by running those phones with money-making software.

What is Phone Farming?

But how exactly do you make money from a phone? Well, there are two types of apps that are ideal for a phone farm set up.

The first is video watching apps. These are apps that will give the user a payout for watching an advert or video. Often these rewards will come in the form of in-app points, which can then be redeemed for gift cards or even cash in some cases.

The other main type of app used is data collection apps. These are apps that will either monitor the user’s phone and send data back to the app developer, or they will ask the user to complete surveys. In either case, the user of the app is rewarded with credits and other incentives.

There are also apps that will use a phone’s internet connection (Wi-Fi included) to access other websites and pay the user for traffic usage.

Much Does it Pay?

This is a very difficult question to answer with any kind of certainty. There is a whole multitude of factors that will affect your eventual payout. For example, different apps will offer different rates to users for watching videos or completing surveys. In some cases, there may be regional variations in the payout meaning that users in some parts of the world are paid more money than users in other parts of the world.

There are also the costs of the phones themselves. Now, obviously, the price of a phone can go from maybe $20 all the way up to $1,000 if you want. Needless to say, you don’t want to buy any phone more powerful or more expensive than what you need for your phone farm. You don’t need a particularly powerful phone to fill in a survey or to watch videos online. Most users choose the cheapest burner phones and keep them plugged into power sockets at all times.

As a general rule of thumb, the slower the phones are in a phone farm, the lower its profit. But, in the case of bandwidth borrowing apps, you don’t need as much RAM or a good processor to earn a pint of lager for next Saturday.

Does It Really Work?

In short, yes. People aren’t making life-changing amounts of money with their phone farms, but they can certainly save up enough each month to buy an extra pack of beer.  If you are wondering whether you can throw in the day job and just turn to phone farming full-time, the answer is probably not.

However, if you are looking for a reliable and secure way of earning yourself a little extra spending money for very little effort, a phone farm is worth investigating.

There are two components to any phone farm – the hardware and the software. Let’s look at both of them individually.

The first thing you need to know is that phone farming only really works with Android phones. Not only do Android phones offer you a far greater selection of apps, which we will come to shortly, but you can also write custom software for Android. If you aim to ultimately make your phone farm as automated as possible, Android is the platform that you want to be on.

Not only do you want Android phones, but you also want to ensure that they are running at least Android 5.0 or higher. This is to do with compatibility – older Android phones might not be able to run the newest versions of the apps that you need.

In terms of the hardware specifications, you don’t need anything too powerful. However, you will want something that has at least one gigabyte of RAM, if you can find something with more RAM for about the same price then you should consider whether the added efficiency will be worth it.

Remember, you aren’t going to be making a huge amount of money out of your phone farm no matter what you do. You should, therefore, not spend more than $15 or $20 on each phone that you buy. Any more than that and you will have to wait too long to see returns to make it worth it. Many phone farmers choose used phones. If you have a couple of old 3G or 4G phones, you might still make them useful too.

Video watching apps are the ones that pay the most money and also require very little effort. However, data collection and traffic sharing apps are entirely passive. Once they are installed and running, they will simply monitor data or use your Wi-Fi connection.

Most money-making applications are shared on beer-money subreddits and side-hustler social media groups. YouTube video reviews of various apps are also cropping up, complete with proofs of payment, so those might help you make the right choice.

A phone farm can be a great way of earning yourself a little bit of extra spending money. You won’t become a millionaire from it, but with a modest investment, you can set up a new income stream for yourself.

SD-WAN vs. MPLS: Why Enterprise WANs Adding Overseas Branches Can No Longer Remain on the Fence

Banking Malware on the Rise – Hitting Highest Level Since 2002

Why Your Website Needs Video (and How to Optimize It)

Consider This before Rooting Your Android

How to choose a 4k camera? Here is a little help for you

The Ultimate Choice for an Outsourcing Software Development Company

3 Reasons Why I Hired A Professional Residential Window Cleaning Service

﻿Uber/Lyft Lawsuits On The Raise, Be Prepared

What is Rotator Cuff Brace and Why Your Shoulder Will Love It?

Breakdown of Services Provided by the Professional Plumbing Services

Essential Supplies you should have in your Home Cleaning Checklist

Can I Learn a New Language Online?