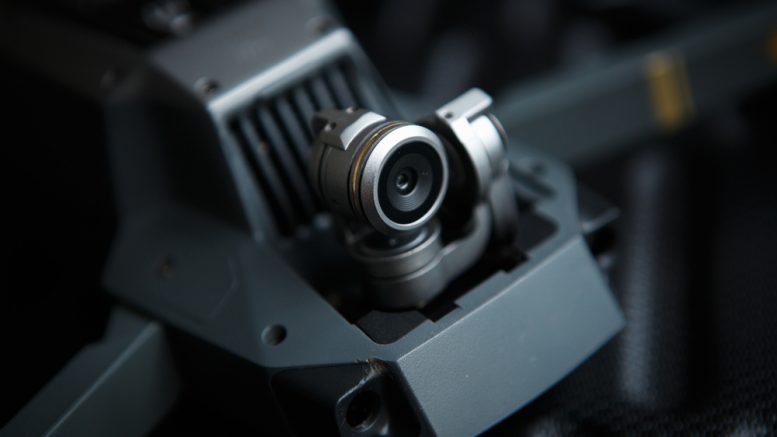 Various tech companies from across the globe flock in Las Vegas to showcase their innovation. Formerly referred to as Consumer Electronics Show, the exhibition is widely considered as the largest show in the world. While not every product displayed at the exhibition will be available on the market in the near future, they bring some insight to what the trend of this year is going to be.

The year 2018 seems to be the year of improvement. As it shown by the demonstrations, tech giants seem to focus on enhancing their previous flagship. Not only that, they also focus on communication improvement between gadgets and smart home systems. Personalization can also be seen in various product. To see some of the most anticipated gadget from this year’s showroom, keep reading.

Comes in the form of a headband, Philips SmartSleep is specifically designed to get you the most out of your quality sleep. The headband is designed to emit a specific tone that improves sleep. Also referred to as the slow wave sleep, this stage of sleep is characterized by breathing and brain waves that slow down to their lowest levels.

According to numerous studies, this particular type of sleep comes with a myriad of benefits. Some of which include increased ability to maintain focus, and also increased alertness. With two sensors situated on the headband, the gadget has the ability to automatically detect the moment users fall asleep. It’s also capable of identifying the moment users enter deep sleep. The algorithm the automatically customizes the level of the tone and volume emitted in order to increase brain’s slow wave activity.

The Japanese company has been highly regarded as one of the most innovative companies. This year, it comes back with an aesthetically pleasing yet incredibly useful 3E Robotic concept. The latest concept includes a number of robot companions spefically designed to serve numerous different functions. The diversity and functionality of each of these robots are impressive to say the least.

Honda’s 3E-A18 Robot, for instance. This particular robot is known as a social empathy robot. The 3E-A18 Robot is designed to provide a sense of understanding and compassion. The manufacturer’s booth at CES showcase the robot and its warmth. A wide range of expressions is displayed on its glowing face as it greets the crowd. Other than the 3E-A18 Robot, another robot showcased at CES is the chair-concept robot, the 3E-B18, and cargo-space transported robot, the 3E-C18 Robot.

Another manufacturer carrying robotic concept to the exhibition is brought to you by Sproutel. Unlike majority of robotic toys taking education as its center focus, Aflac Duck focuses on providing comfort. It was specifically designed to help children suffering from cancer express their inner feelings. Read on to learn more on this particular product featured on the latest upcoming gadgets.

Yes, children are not only expressing their feelings, but also mirroring their daily care routines on their Aflac duck. With this special robotic toy, children may express their feelings by holding a token to the duck. This will initiate reaction and enable the robotic toy to react accordingly. Meant to provide a sense of companionship as children undergo therapy, the Aflac Duck will be available for free in late 2018.

If you ask Samsung about what TV is supposed to be, the answer may seem oversimplified. To the Korean manufacturer televisions are not supposed to come in just one particular size. That is exactly the idea behind The Wall, the 146-inch TV referred to as the world’s first and only modular TV. The manufacturer makes it possible for users to alter the shape and size of their TV to make it suitable to your personal preferences and needs. Fitted with MicroLED technology that produces infinite contrast and deeper black tones, there is no doubt that The Wall delivers crisp and impressive color production.

Not another fitness tracker, that seems to be the message this particular wristband wearable try to deliver. Despite the fact that it’s designed to look after your health and well-being, Proof focuses on the BAC levels. Yes, this wristband is designed to serve everybody who consumes alcohol. It comes with tracking feature that automatically senses alcohol through the users’ skin.

The system will then alert the user when they have had too many through by sending LED and vibration alerts. Making it a unique addition to latest upcoming gadgets.

New Nintendo 3DS; what it has to offer for gamers

Drones with Camera: A Phenomenal

Is Your Business Lacking Technology?

How to Choose the Best Virtual Private Network (VPN)

Smart Home Technology Gadgets That Will Leave You Spellbound

4 Ways to Modernize Your Home with the Advanced Technologies

How to Download Spotify Music with AudFree Spotify Downloader

Everything You Need To Know About Phone Speakers

An Overview of Snov.io Email Tracker

Determining if You Did a Great Job Organising an Event

Working and Working Out: 5 Ways to Help Your Employees Stay Fit and Productive