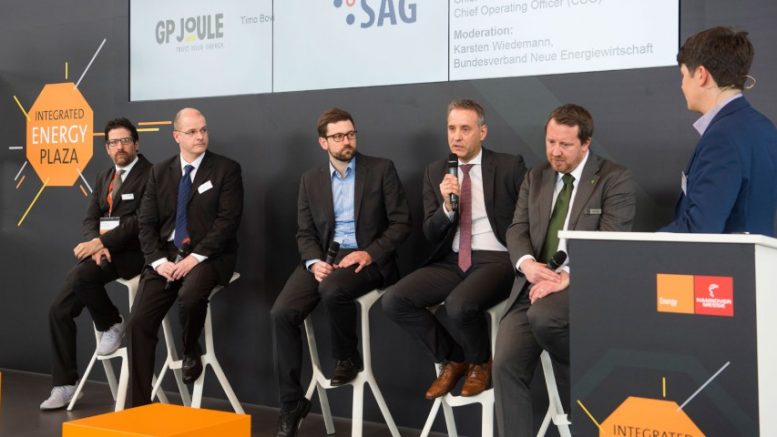 As energy use continues to rise globally, more of it will be required than can be produced. In previous years, the idea of converting from conventional uses of energy (fossil fuel/oil) to more technologically advanced forms of energy (gas, solar, wind) was expensive, as conversion costs were quite considerable. Today, advances in energy technology benefits everyone through savings over time despite conversion costs. Businesses, however, should pay attention to advances in this emerging sector of the economy for a few reasons.

Energy technology is critical in today’s economy because of the volume of power used globally. Each human contributes to the demand for energy in his/her daily interactions. From running air conditioning and heating systems to operating household appliances (i.e. computers, televisions, appliances), consumers and businesses use an endless supply of power. In the United States, on average, most power grids operate at 80 percent, and of that percentage, 75 percent depends on fossil fuels, which means only five percent of the energy used is harnessed from alternative fuel forms.

Additionally, reliance on fossil fuels for power has had detrimental environmental effects on the planet (global warming) and human health (poor air quality related ailments). Years ago, a few states took it upon themselves to correct problems associated with fossil fuels by establishing emissions standards. At some point, though, nationally and internationally, alternative fuel sources will become necessary sources of energy because the planet cannot continue to absorb toxins from these traditional fuel sources and sustain itself.

Fortunately, energy technology is making it possible to convert to alternative energy sources.

While considered on the margins of society, these advances in energy technology have transformed the way in which power is harnessed and conducted over a grid, how scientists find fuel within the Earth’s surface, how clean the fuel sources are upon reaching the consumer, and importantly, how much energy is used. Advances in energy technology have definitely changed the way in which humans live today.

For businesses, conversion from electricity and fossil fuel energy to newer energy technologies would allow them to perform daily operations at a lower cost, despite any initial conversion costs. Also, governments offer offsets to those companies converting from more traditional forms of electricity to alternative power sources.

More than just allowing businesses to save money, energy technology provides investment opportunities as well. For example, Andrea Rossi has created E-Cat, a device that creates large amounts of heat through low energy nuclear reactions, a product currently being patented. Other investment opportunities are available as well, as seen through national and international investments. Both governmental and private investments in advances in energy technology have grown from almost 12 billion dollars in 2005 to 50 billion as of 2014, and global investments in clean energy has grown to over 300 billion dollars as of 2014. For these reasons, businesses should pay attention to this sector of the economy.

Energy technology benefits society as a whole. Both consumers and businesses stand to benefit in the form of the amount of money saved. Businesses stand to make large amounts of money on investments that can revolutionize the way power is harnessed and supplied to the consumer. More importantly, the environment will benefit greatly from these technological advances.

7 Things to Consider When Buying a Vacuum Cleaner

How to Download Spotify Music with AudFree Spotify Downloader

Can You Store Tires Outside?

How to Build a Mobile Chat Application Instantly

What’s Up with Google’s Self-Driving Car?

What You Need to Understand About Mobile Number Tracker

What to Consider Before Choosing Your Domain Name

Will Window Tint Stick to Plexiglass?

Five Steps for an Effective Strategy to Improve Internet Marketing

Essential Equipment Needed in Every Office

When is the best time to visit Dubai for vacation?

3 ways to use wooden crate displays in your retail business

The Significance of Washer Fluid and Recommendation

Whats the difference? Drop Through vs. Drop Down