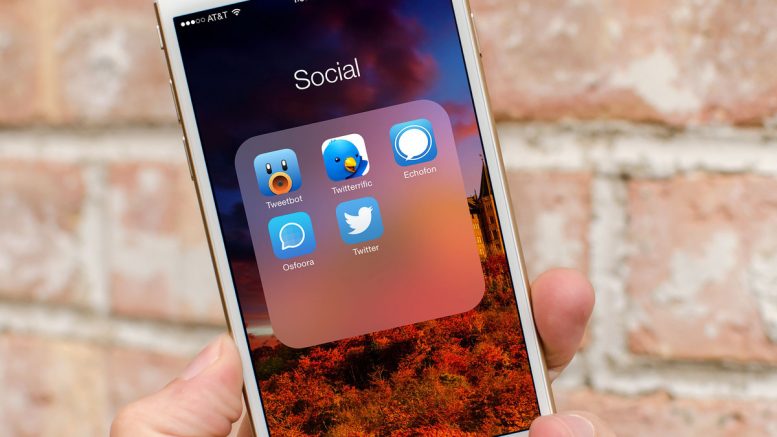 Twitter is a social network that is currently being favored by many internet users. Write status on Twitter has become a necessity and a lifestyle that must be met. Twitter accounts can write status wherever and whenever they want. They can greet other Twitter accounts or read information. Twitter can be accessed via their official website, but the website is often down and less convenient for fans of Twitter, therefore, many emerging Twitter Client. This is a web-based or desktop application that is designed to enable Twitter users to tweet that comes with a wide range of sophisticated and useful features like providing cloud features, multiple accounts, customize tabs, and so forth. It’s been a lot of Twitter client application that provides an easy and friendly interface. There are many applications of Twitter Client for iPhone. But here are a few applications that have the best value to help you choose the right Twitter Client.

Here are some applications of Twitter client for iPhone that have a perfect score:

• Twitter for iPhone. This application course is ranked first because this is the official app released by Twitter Inc. when compared with the web version; this application has a feature that a better and more complete. You can use multiple accounts to have multiple twitter accounts at once. You can store video and shortening the URL to the menu provided in the application. You can also set the name that will be shown to be a full name or user name. Another feature no less powerful is the geo tagging. This feature can be used to determine the location, use photos from your camera or album, and enter a user name quickly.
• Twittelator Pro. This application is a Twitter client for iPhone that has a premium so it is very convenient and easy to use. You can send voice messages to other users. This application also allows us to upload to Facebook, translate tweets, play songs, and look for tweeps. If there is a link webs, then you can simply look. You can also upload your location.
• TweetDeck. This application is available in versions for Mac or Windows computer. This app has a feature that is very complete and nice. You can write and post status to two social media once i.e. on Facebook and Twitter so it is more practical. The interface can be customized into columns, so that we can move easily from one feature to another feature.
• TwitBird. This application may be the favorite Twitter client for iPhone users because of its very complete. The application also provides additional features that we can tweet the music being played on the iPhone though the feature is not complete Twit music. This application can also detect tweeps who are around us.

Here are some applications of Twitter Client for iPhone that you can use:

• Hootsuite Lite. This application can make us log into Twitter without going through Hootsuite service. The application also integrates with Foursquare and Facebook so we can move on and mention the timeline with ease.
• TwitMusic. This application allows us to split the song we are listening to our followers on Twitter. We can share the music in full from the title track, the duration of the song, year, album, singer name, and so forth.

Here are some applications of Twitter Client for iPhone which could be a reference for you:

How Effective Are Windshield Repair Kits?

How to fix iOS 11 Problems with No Data Loss

4 Telltale Signs You Need to Upgrade Your Web Hosting Plan

Power and Energy in a Solar Battery System

How Do You Recover Lost or Accidentally Deleted Files?

How to Find the Best Windshield Replacement Near Me

All you need to know about outsourcing your software development!

Imagine a Theme and Draw Your Own Starbucks Cup; New Thing in 2015

Getting to Know Jeunesse and Its Products

The Truth About Web Hosting Coupons and Their Affordability

Mix Web Development And Content Marketing For The Best Results

4 Reasons to Use a Stainless Steel Sink

How to use Digital Marketing to Promote Your Brand