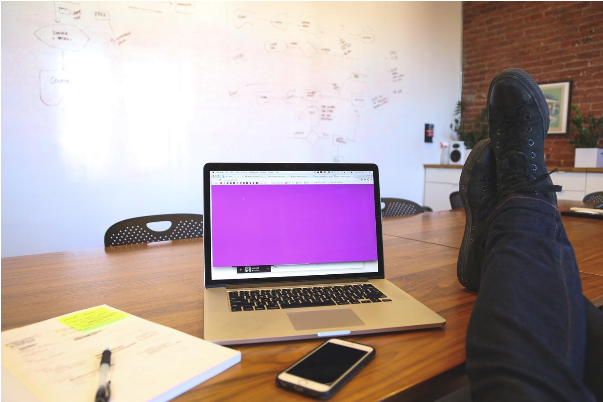 The startup boom has impacted the economy and society in ways that probably would have been unfathomable a couple of decades ago. Startups have influenced the way many of us work and the products or technologies that often began as the proverbial bright idea dreamed up in someone’s mom’s basement or garage, now exert a profound influence on our lifestyles. Think Uber, WhatsApp, Facebook, PayPal and countless other, and you’ll have an idea what I mean. Why are some startups successful while others fade into the entrepreneurial abyss? Let’s find out:

Cash is the lifeblood of any startup. Raising it, conserving it and managing it can be an all-consuming juggling act. Successful startups invariably ensure that they make every investor dollar count by avoiding unnecessary expenditure. Many resist the temptation of a snazzy, trendy office and make do with far cheaper home or serviced offices until they’ve found their feet. Extravagant lunches, office equipment and other luxuries are put on hold as they direct every spare dollar to developing the perfect product and getting it to market.

While frugality might be the order of the day, the best ventures have grandiose visions of where they want to be in five or ten years’ time, and they usually refuse to listen to anyone who says they can’t achieve it. In 1995, when Elon Musk dropped out of college after two, it’s doubtful whether even his mom would have believed that a little over two decades later he would be on his way to colonizing Mars, redefining auto travel and enabling our brains to control machines. Nobody ever got big by thinking small, so setting ambitious goals is a key to achieving great things.

Startups Have a Plan

The life of a startup can often seem chaotic and helter-skelter. Nevertheless, amidst the day-to-day mayhem and confusion, savvy entrepreneurs have detailed, robust business plans regarding where they aim to be and how they presume to get there. The nature of modern business necessitates that such plans require a certain degree of flexibility to account for the rapid pace of technological and economic change. However, the vision that we mentioned above will remain permanently unattainable without a clear roadmap of how to achieve it.

The enigma of the self-made billionaire might make for a great movie script but analyze the careers of any of the new breed of business rock stars, and you will find that all of them reached out for and received plenty of help along the way. Whether it’s a benevolent investor that provided funding with little expectation of return, a mentor or technical advisor who provided the right advice or practical support, they all had a hand in making it. The smartest visionaries know that they cannot do everything by themselves and recognize the contributions that others can make to their success.

Startups Learn from Their Mistakes

The path to glory is littered with potholes, roadblocks and speed humps that can force you to slow down, pivot or change direction altogether. Some may take the disappointment of a failure or severe setback as a cue to give up and get an office job. The winners of the startup game are way too tenacious to allow that to happen. On the contrary, they see each challenge as an opportunity to analyze what went wrong, identify the lessons to be learned and apply them to ensure that they succeed next time.

The life of a startup can be exciting, yet treacherous. Studying that others have done to navigate the challenges can help you forge your path to success.

Great Hoverboards; Which One do You Prefer?

Want to know Ways to get free PSN codes, here are some

Can your Soldering Iron be Charged by USB?

Find the Answers of Any Questions on Google

What Does Underinflating Tires Lead To?

Items you must have in your car for travel comfortably

How to Clean and Maintain Encaustic Tiles

The difference between Call Center and Answering Services

What’s the deal with Down Comforters?

Is construction your business? Have you ever done any roofing projects with copper nails?

Do You Know Why It Is Important to Conduct Qualitative Research?

How IPad Technology is used in architecture

Marketing Strategies to Grow Your Brand