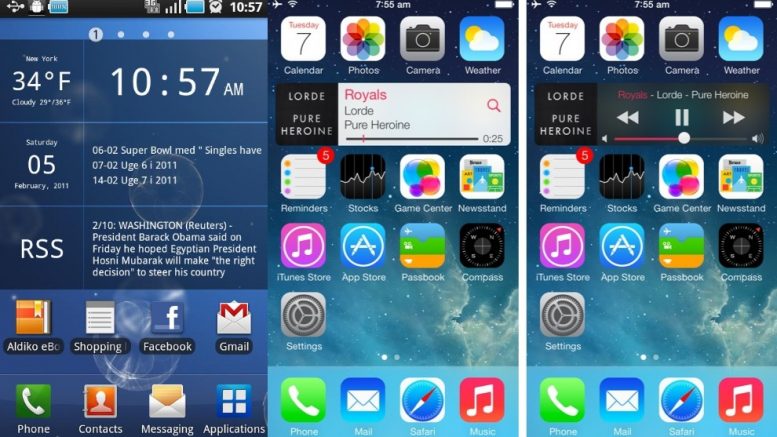 Devices… plenty of them… devices everywhere

There is always something for every person on Android Market. A huge variety of devices from biggest manufacturers such as Samsung, Sony, HTC, Motorola, LG, Huawei, ZTE and also the other non-popular companies give you an opportunity to choose a device that fits your needs such as budget, design, specs and so on. While there are a plethora of Android devices you can choose from, unfortunately, there isn’t the same for iOS devices. 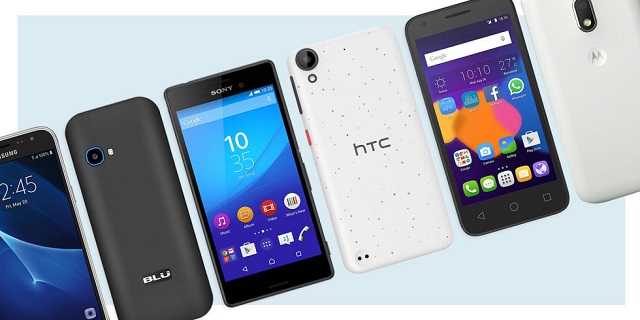 Having so many devices to choose from, you can get a compact phone or big-screen, a stylus, an edge screen,  a removable battery and more. There are also other features you can’t find on Apple devices such as expanded SD card. Recently Apple has released devices with different screen sizes such as iPhone 6 and iPhone 6S but the screen is the only differentiator. They have pretty much the same specs and software options.

2 – Prices to fit your budget

A wide variety of devices with different screen sizes and specs means that there is a device for every person. Almost anyone can afford an Android phone. They prices start on few buckets and this means you can get an Android device even with $100. While it’s completely different with the nature of the Apple products.

iPhone and iPad can be very expensive for some people but on the other hand, there are various Android devices you can choose from. We have flagship devices like Moto X Pure Edition, Nexus 5X, OnePlus 2 and the BLU devices. So for just an average price, you can find a handset that gives a near-flagship experience with just a few concessions to justify the price.

One of the best things about Android that has ever been and will always be is the deep level of customization it allows. While Apple keeps control of almost everything just to maintain a homogenous software and hardware. If you are familiar with the term root and jailbreak you need to know that things you can do on a jailbreaked iPhone you can easily do on an Android device without any worries. If you get root access on Android you can do everything, I mean everything.

On Android, you can choose the level of customization. It starts from small simple things such as live wallpapers, different keyboards and if you get root access you can install custom firmware. Back in the time of when Apple allowed third-party keyboards and basic widget, we saw plenty of customers being happy and this leads to a conclusion. People wants flexibility. Also, flexibility on customization means people can download and install apps of the newest devices and try to fix software issues by themselves. There are a plethora of sites such as DoryLabs  that do a great job hunting for the latest stuff on Android community and share them so people can play with their Android devices.

Android’s widgets are much better compared to the static rows of icons found on iOS devices. Widgets are a big advantage for Android over the Apple devices. In a single word, on Android, you can see all the information you want in a fancy way on your screen. Apple also introduced widgets not long times ago, but really… Have you seen those things? They are very limited to functionality and not good looking. So Android wins again here.

If you haven’t noticed yet, your iPhone looks the same as your friend’s iPhone.

This doesn’t happen on Android. The variety of devices and the flexibility of customizations allows its users to change how the device looks. If you want to change how your Android device look you probably should go and get a custom launcher. There is a wide variety to choose from and most of them are free on Play Store. A custom launcher will tweak everything from the home screen, app icons, page transitions and even gestures. A launcher is an easy solution for those who don’t like the customizations of the manufacture but they are afraid to install a custom ROM too.

You might be thinking now that iOS devices do multi-tasking. That’s true, you can do multiple things at once but…

Really… Do you consider that thing multi-tasking, by switching apps back and forth? It doesn’t come near to the level of Android multi-tasking. So think again. 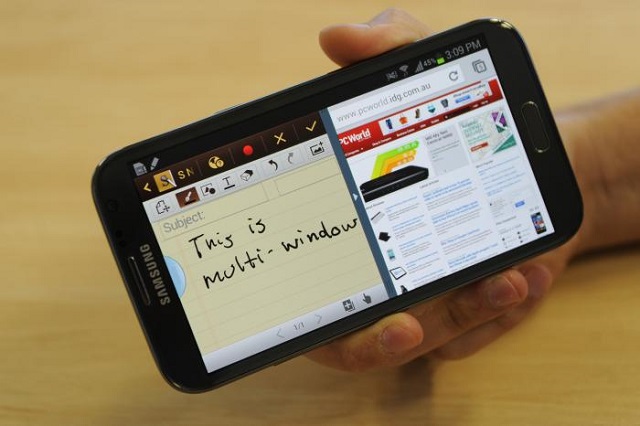 Some Android devices offer great multitasking experience. Samsung, for example, has introduced muli-window long time ago in which you can open and view multiple apps at once on a single screen. After Samsung, various manufacturers have incorporated this feature into the news devices even though this area might lag behind. While Apple is still playing to offer a good multi-tasking experience, they have still a lot of work to do to bring it to the next level.

Google offers much more services than Apple does and Android devices integrate pretty easily with these services. The number of people who use a Mobile device to go online is increasing rapidly and Google is considered as the King of the web. You have heard about Gmail, Google Drive, Google Docs, Maps and do not forget Google Chrome. The list goes on and on.

Unfortunately, we can’t say the same thing about Apple. Many of Google apps are also available for iOS devices but the deep level of integration simply isn’t there. There is no one today that doesn’t use at least one Google service. If you use a lot maybe 10 then you may want these services to works seamlessly and Android offers that.

This is a much-discussed topic but let’s admit the facts that there are more free apps and games for Android than for iOS. There are many apps on App Store as well but unfortunately, the best are not free. Sometimes ports of iOS apps for Android usually are free on Play Store.

Developers see the iOS app market as a gold mine that’s why most of the apps aren’t for free. While the Android users aren’t used to get paid apps even though they may offer premium services. So developers of new apps release them first for iOS market and after port it to Android.

We would love to hear your opinion. Do you agree with us that having an Android device is quite better than having an iOS phone? If you thinking to buy a new phone what would you choose? Do you think Android is much better than iOS?

Be the first to comment on "7 Reasons Why You Should Choose an Android Device Over iOS."

Unmetered and Unlimited Bandwidth in Dedicated Server is Same or Not?

5 Important Things to Consider When Buying a VPN

The Different Ways to Find Someone You’ve Lost

Expert Tips to Prevent SEO Traffic Spams to Your Website

Common Cox Cable Problems & How to Fix Them

How to Do it Recover Money lost in Trading

How to Make Your Restaurant Business More Profitable

5 Online Advertisement Tools That Can Help in Business Growth

Tips To Travel In Style With Hummer Hire Services

Best Bread Machines for Every Need