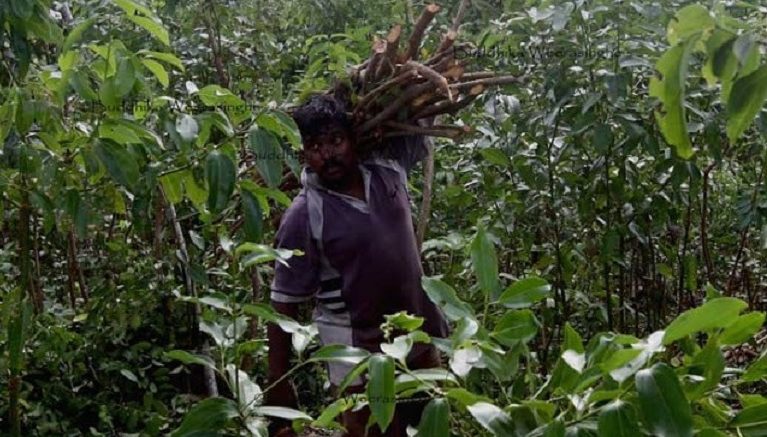 Sri Lanka is a fascinating place.  The island sits just to the east of India, in the Indian Ocean, and has one of the oldest recorded histories.  Despite its small size and secluded location, Sri Lanka is home to a land rich in biodiversity — including a plethora of organic spices and teas.

We are sourcing three Fairtrade spices (Ginger, Cinnamon, Cloves) from Sri Lanka which has been on the forefront of the Fairtrade concept. There are 40 organizations covering labor and small producers that make up the national Fairtrade association (Fairtrade NAPP Sri Lanka) – http://www.srilankafairtrade.org/aboutus Most of these organizations produce tea, coconut, flowers, and spices under Fairtrade conditions.

The biggest export markets for Sri Lanka are the US with about 25% and the UK with about 10% out of a total of $11.4 Billion (all exports, not just Fairtrade products). About 27% of the labor force works in agriculture which only generates about 8% of Sri Lanka’s GDP. That indicates that income in the agricultural sector is significantly below average, especially compared to other sectors. One contributing factor is the end of the civil war in 2009 which is still felt throughout the agricultural areas, especially in the North East of the country. The FAO (UN Food and Agriculture Organization) is proactively supporting the recovery of farming and ranching throughout Sri Lanka. Fairtrade efforts significantly contribute to the financial support of the agricultural communities and we are happy to do our part.

Now, let’s dig a little more into the organic, Fairtrade Cinnamon that Five Continent Spices offers. First of all, the bark of the laurel tree, is native to Sri Lanka and a tree can grow over 200 feet high. Cinnamon has been used as a spice for thousands of years during which times its value/price was extremely high. In Egypt, it was even used for embalming mummies (royalty needs to smell well in the afterlife). Today’s plantations grow cinnamon trees like bushes to make harvesting the bark much easier.

Here is a farmer transporting the cinnamon bark after its harvest to the processing and drying location. He needs to strip off the outer part of the bark and then dry the inner part before it can be shipped/sold.

Given the poverty of the farming communities in Sri Lanka, we believe that the Fairtrade framework is desperately needed to support better living conditions, education, health, and community vibrancy while ensuring healthy food supplies. For too many centuries, farmers and laborers were exploited and basically did not benefit from the value consumers assigned to their products (especially for cinnamon). The typical beneficiaries of the cinnamon trade were a few large farm owners, the transportation companies, and the wholesaler/distributor system delivering cinnamon to retail stores or directly to consumers.

The Fairtrade organization for small-scale farmers on the Western side of Sri Lanka, a bit North of the capital Colombo, is the Small Organic Farmers’ Association (SOFA). The members of SOFA grow tea, coffee, cinnamon, other spices and vegetables. The average farmer has only about 1.5 acres (0.6 ha) of land, most of which is semi-tropical. Their harvests are sold to Bio Foods, the dedicated Fairtrade wholesaler, which sells directly to Fairtrade buyers. That short value chain ensures that the Fairtrade premiums arrive at the farmer and their community. SOFA benefits almost 2,000 families, many of these families grow tea, vegetables, and spices, including cinnamon.

The farmers that farm cinnamon under Fairtrade conditions receive about double the normal price for their cinnamon based on the quality. In addition, SOFA receives and manages additional premium funds to support community development, such as health care, training, farming tools, and organic farming support (composting help, for example) as well as infrastructure improvements (storage facilities, road & water management).

The organic Fairtrade cinnamon (verum not cassia by the way) that we offer carries about a 100% premium over non-Fairtrade cinnamon, both from Sri Lanka. We believe that supporting local farmers and laborers via the Fairtrade concept is important and will provide a choice to customers.

He is a professional SEO specialist & a freelance writer with a lot of passion to write about technology, startups, travel, lifestyle & other niches. He has contributed to many famous websites. He lives, breathes digital marketing, and helped many companies to grow their business. His main goal is to spread his knowledge that he grabbed in many years and ideas to all generations.

Be the first to comment on "Fairtrade in Sri Lanka"

Tracking your Health Progress with a Scale

Stages of a project of electrical installations

Excel Tips and Tricks That Will Speed Up Your Work

SAMSUNG GALAXY A9: Change of Keyboard

7 Things You Need To Know Before Entering Real Estate Business

Tips to Avoid Boringness when Being a Writer

Selling a House with a Current Credit – That’s How It Works!

Tips for Finding Finance for Your Startup