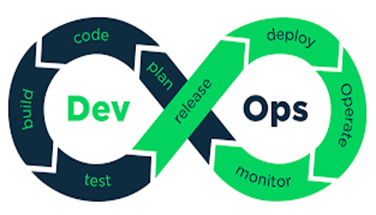 DevOps, also known as Development and Operations is revolutionizing software development in the present era. It bridges the gap between IT and development and aims to remove all the misunderstanding between the 2 departments. It further ensures that all the operations are being carried out in the right manner. DevOps doesn’t call for any complex strategies that need to taken care of, instead, they purely rely on the basic goal of good communication between the departments. There are some amazing DevOps tools that can really change the environment of the business;

Gradle is considered to be the most reliable DevOps tool currently. Some people might feel the Maven rules the scene but Gradle, since its advent in 2009, has shown massive improvement ever since. Gradle is a diversified tool that is supported by a number of different IDEs (Integrated Development Environment). It is declared as the official tool for the Android Studio by Google. In addition to this, Gradle offers the customers to write their codes in variety of different programming languages including Python, Java, etc.

Jenkins is an open source DevOps tool that is the first choice for many of the software developers around. The main reason for the success of Jenkins is because it has a huge assortment of plugins, with currently offering more than a 1000 plugins. This makes it a lot easier to use Jenkins with a lot of other DevOps tools. Jenkins is also fairly easy to operate as it you can get started with Windows, Linux, etc. Jenkins is a perfect option for all the newbies as you can use the plugins that have been approved previously. You also have the option to develop your own customized plugin.

Git is another one of the renowned DevOps tool alongside Gradle. Git is an amazing contributor to the business as it helps them to keep a check and balance of all the ongoing work. It is an amazing tool that provides the users with a variety of different source codes. This is actually very amazing as the users can switch the screens whenever they wish. Git offers its customers hosting services namely, Bitbucket and GitHub. While Bitbucket with a lot of free unlimited services, GitHub is more in demand as it provides a number of different solutions for the organizations.

Since its inception in 2013, Docker has not looked back. Considered to be one of the most significant tools of DevOps, it has a lot of features that make it even more special. Docker makes the applications incredibly secure and user friendly. It divides the apps into isolated containers which makes it a lot easier to function and transfer. Docker is one of those amazing tools where one does not need to worry about carrying out the dependencies. Once you get a hold of it, you can transfer all the dependencies at one go. Docker makes the entire process a lot simpler.

There are a lot of other tools that are very important too but once you get hold of these, DevOps can become a piece of cake for you. Learn more about DevOps through the online courses, here.

Be the first to comment on "The best DevOps tools that can change your life!"

Apple all set to launch its much awaited iPhone 8

How to Choose the Right LED Strip for Your Project?

The Internet of Things and the Enterprise

How to Root Samsung Galaxy A51 Smartphone

What Should An RV Storage Have?

Determining if You Did a Great Job Organising an Event

Gadgets and Their Rising Importance in Cooperate Events in 2019

What To Know About Opening a Restaurant

How a Sales Route Planner Can Systematize Your Field Sales Operations

Tips on How to Select A Trustworthy Employee