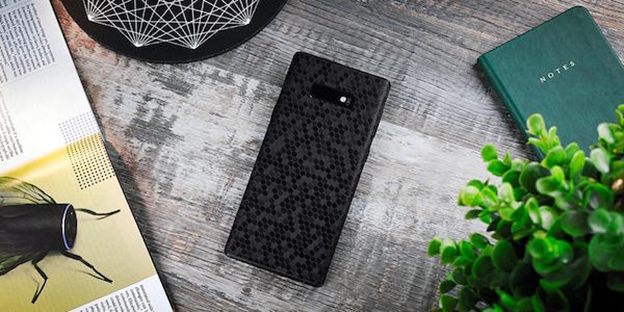 People are clamoring for the newest smartphone series from Samsung, which includes the Galaxy S10+, the Galaxy S10 and the Galaxy S10e. While the Galaxy S10 and S10+ are getting a lot of hype as the latest luxuries on the market, users may want to redirect their attention to the s10e. Although it’s the smallest option in the series, it’s certainly worth a second glance.

First of all, the S10e carries most of the features that you’ll find in the S10 and the S10+. It has a crisp and beautiful display with minimal bezel. It has fast battery charging and the option to try Wireless PowerShare with other Samsung devices. Clearly, Samsung didn’t make the S10e the runt of the litter to save money on manufacturing or drive users to the more expensive choices.

There are some differences between the S10e and the rest of the series, other than its smaller size. It will have slight changes with the cameras, the fingerprint reader and the color options. If you want to know why these characteristics shouldn’t sour your opinion on the smartphone, read ahead:

The main contrast is that the S10e has one front-facing camera instead of two and two rear-facing cameras instead of three. Reviewers at TechRadar point out that this means that the version misses out on the Telephoto lens set in the S10 and S10+ — they also add that the average user will not miss it. The quality of the pictures still appears to be clear and crisp in a wide variety of settings.

For instance, the tech reviewer Danny Winget tested out the S10e’s camera over a day to show its capabilities with bright natural light and low-light. He tested it side-by-side with the iPhone XR, which is arguably the S10e’s closest competition on the market in price. The S10e holds its own and often outshines the iPhone XR, especially when it comes to snaps with the Ultra-Wide angle lens. You can see the long list of pictures from the Samsung Galaxy S10e Camera and iPhone XR comparison on YouTube.

The phone also carries the intelligent camera features found in the rest of the S10 line, like scene optimization, flaw detection and shot suggestion. All of these can guide users to take exceptional photos.

The color selection is fairly limited for the S10e. Although, customers in the UK have the benefit of two extra shades: Prism Green and Canary Yellow. The S10+ gets additional options for Ceramic Black and Ceramic White, for people who want a classic look.

If you don’t like the small selection, you can pick your own color skins and patterns to give the smartphone the look that suits your personal style. It could be a bold black camo or a bright green carbon fiber. Whatever sets it apart from the rest.

A vinyl skin will also save you from a disadvantage of the sleek design — it’s very slippery. After a careful application, you don’t have to worry about it sliding off of a tabletop and tumbling to the floor.

The Galaxy S10 and S10+ have futuristic in-screen fingerprint readers, while the S10e has a physical fingerprint sensor sitting on the side. This feature may seem like a downgrade, but Mashable actually praised the fingerprint sensor as one of the best qualities of the smartphone, even in comparison to the rest of the S10 line.

The only issue with the fingerprint sensor seems to be that it’s located high up on the phone. It may be an awkward stretch for users with smaller hands, especially if they intend to use their device one-handed.

The ultimate differences between the smartphones in the S10 line are the prices. The S10+ will push your tally at the register over $1000, and the Galaxy S10 isn’t too far behind. At the lowest end, the S10e starts at the price range of $749.99.

In this case, picking out the smallest smartphone won’t feel like a financial compromise. Knowing that the S10e’s features aren’t much different from the rest of the line — and sometimes, even better — the price feels like a steal.

How to Create an Email Signature

PABX vs. IP phone system, which one is better?

Want to know Ways to get free PSN codes, here are some

Choose Your Satellite Data Plan Before Buying a SIM Card

Effective Strategies For Monitoring Your Competitors

How to Execute a Successful Convention Marketing Plan in 2018

How to Build a Blog on Digital Ocean Cloud Hosting

How Technology Can Be Helpful For Your Business

The Ultimate Guide to Digital Marketing in 2020

Get best SMS service provider for your business

Don’t Let Your Guard down This Summer: Call Professional Shredders

How to Write the Most Eye-Catching Press Release Headlines?