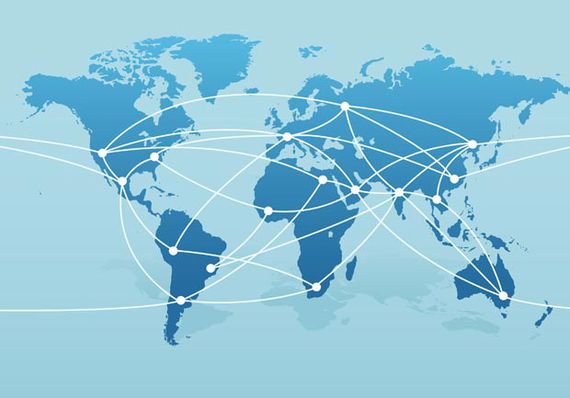 In the Western world, the digital revolution has already changed our lives in more ways than we can imagine. From the moment we wake, most of us are never far from our smartphones, tablets and laptops. At home and at work, it is already hard to imagine what we did before the Internet came along, whether we are dealing with work, chatting with family and friends, checking the news or simply watching a movie or listening to some music. No wonder some people hail the digital age as the fourth industrial revolution.

At first glance, this situation does not appear to be limited to the Western world. An amazing 50% of the world’s population is now online. That’s almost 3.8 billion people. Of course, put another way, that means that almost 3.8 billion people are without Internet access. As Internet connectivity continues to evolve, what is being done for those who have no access at all, and what are the best and worst global locations when it comes to web connectivity?

Boston-based connectivity company Akamai publishes a regular state of the Internet report, which provides information on the best and worst connection speeds around the globe. The most recent report makes for some intriguing reading, although some of the findings need some additional context in order to make sense of them.

For example, you might be a little surprised to see the Norwegian islands of Svalbard and Jan Mayen in top place with an average connection speed of 36.5Mbits/s. This is actually because it has just one unique IP address, meaning the result is somewhat skewed. The same reason applies to the high positions occupied by The Vatican and Antarctica.

To get a realistic picture, the official rankings only consider countries or regions with at least 25,000 unique IP addresses. Using this measure, South Korea takes first place, followed by the Republic of Ireland, Hong Kong, Sweden and The Netherlands. The USA falls well outside the top ten, and actually ranks 20th.

So what is South Korea doing so right? One of the main reasons for its success is the government support and infrastructure that ensures South Korea’s Internet is in a state of constant evolution.

In 1995, just 1% of the South Korean population used the Internet. But then, the government- backed Korean Information Infrastructure Project was launched. This 10-year program started out by creating an Internet infrastructure between government buildings and then rolled out a nationwide broadband service. Today, about 84% of Koreans are online.

South Korea’s population density is also a major factor. The vast majority of Koreans live in urban apartments, and the proximity makes infrastructure both cheaper and easier. DSL can have serious performance drops over distances, but this is simply not an issue in South Korea.

The worst places to get online

So much for the top scorers. But what locations are suffering from the worst Internet connections, and how can these be improved?

It probably comes as no surprise that the countries and regions rated lowest are in the developing world. Just 27% of Africans are online, compared with 88% of North Americans and 77% of Europeans.

According to a report by the World Economic Forum, there are four main reasons for this:

Cost: It is no coincidence that there is a strong correlation between countries with the lowest connectivity and the highest poverty. Broadband is something that the developed world takes for granted yet there are only 29 countries where it is affordable for all. Devices and hardware such as laptops, tablets, smartphones and modems are also prohibitively expensive for those already facing poverty.

Infrastructure: Even for those who can afford it, a laptop is not much use if a reliable connection is unavailable. More than 30% of the world’s population does not have 3G coverage – indeed 15% do not even have electricity.

Language: 80% of online content is in just 10 languages. Or put another way, it is not in the first language of 60% of the world’s population.

Education and Culture: Education can be a major barrier, with 15% of adults categorized as illiterate. There are also cultural considerations – worldwide, women are up to 50% less likely to use the Internet than men.

The world might at first seem more interconnected, but there is clearly more to be done. The World Economic Forum is working with governments around the world to improve the four areas we have discussed and help even the poorest members of the community to get online through publicly funded infrastructure and education programs.

As Alex Wong, the Head of Global Challenge Partnerships at the World Economic Forum, said: “We know it is possible to break down the digital divide for the 55% of the world’s population that is still not connected: now it’s time for governments, businesses and civil society to make it happen.”

How Much Do Mobile Tire Changes Cost?

Why 2021 is the Year for Window Tinting

Get the Elegant and Stylish Power Bank with Zenpower Power Bank

6 Things Every Small Business Should Have

Does Your Business Need a POS System? How to Choose the Right One

How Private Travel Has Changed

How to Choose the Right Toilet for Me?

Cost of the cloud: Your main areas of research

How Recruitment Agencies in Pakistan Spot Out the Talented Candidates For Their Clients:

How to Ensure the Quality of the Aluminum Profile Manufactured by the Aluminium Extrusion?