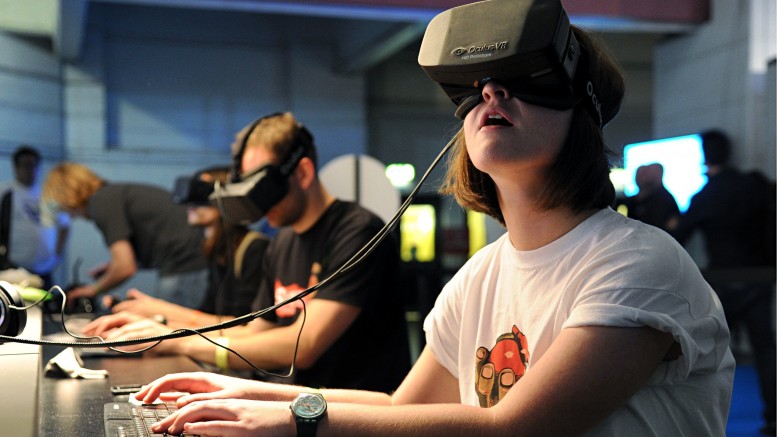 Virtual reality is no longer a prototype or model; on March 28th, Oculus Rift was officially released for public, bringing an actual virtual reality experience to homes of regular gamers. Its release has initially created doubts among those who became pessimistic after the short-lived excitements of gadgets such as smartwatch, but despite some small flaws and expensive price, it seems that Oculus Rift is the real deal.

The first question that everyone asked before Oculus Rift release date was: how Oculus Rift can adjust with what the average gamers want? After all, a common concern about virtual reality prototypes is how it might be bulky, uncomfortable, and hard to adjust with regular gaming PC. However, the concerns are apparently answered by the first reviews for Rift, which are generally favorable despite also describing some minor flaws.

Oculus Rift is surprisingly easy to adjust, despite its seemingly bulky look. At first glance, it is a head-mounting black box that contains OLED Displays that are able to deliver 1200×1080 pixels image, with 90 GHz and 360 degree of head tracking. The gadget also has microphone and headphones embedded inside. However, for such an immersive virtual reality gadget, it is surprisingly light; only about 0.8 pounds. Oculus Rift review also mentioned a single cable connected from the headset, so say goodbye to fumbling with multiple cables.

You can easily adjust the position of Rift by using three sets of Velcro straps; two on either sides of your head and one on top. This gadget also has side padding, extra padding for face, and soft cloth layer around the displays. There is a button at the bottom to adjust lenses with your papillary distance. These features were definitely planned for hours of immersive gaming. Finally, you get Xbox controller, Oculus remote, and sensor with stand.

Oculus Rift games can be accessed from Oculus’ app page, which is easy to navigate and quite clean in design. The app page is quite good for a first generation product, and the first playable game list is quite varied. Here are recommended games to play with Oculus Rift:

• Eve: Valkyre.
This is one of the most praised spaceship shooter games to play with Oculus Rift. The Rift gives total immersion experience with this game, and allows you to do things you cannot do with regular PC.
• Lucky’s Tale.
This simple, cartoonish, third-person adventure game also gets rave review when played with Oculus Rift. Even if there is not much of new thing, you can have bigger range of motion and view when playing it with Oculus Rift. A great option for family-friendly game to play with Rift.
• Into the Dead.
This zombie adventure game is quite simple does not offer much even when played with Rift, but it gives you realistic feeling as if you are surrounded by countless zombies.
• Chronos.
This is one of the Role Playing Games that were first to be featured in Rift, and got quite rave review. However, improvements in gaming experience are still to be expected.
• Elite: Dangerous.
This Sims-style space adventure game is currently the most expensive game in Rift, but it features quite rich gaming experience and good visual.
• Project CARS and Radial G.
These games are put together because they feature hyper realistic racing experiences, especially when played with Rift. They are among the very first racing games included in Rift app.

Currently, the Rift app features about 30 games, and there are some other games that the developers plan to include in the app. You can follow the development in forums such as Oculus Rift Reddit group, which is usually quite updated about any progress.

Oculus Rift price tag is quite exorbitant; you must shell out no less than $600 to get one. Plus, you may have to upgrade your PC in order to use it, since it requires quite powerful gaming PC. It requires minimum a PC with Intel Core i5 4590 processor, 8GB of RAM and AMD Radeon 290 video card or NVIDIA GTX 970. Also, the extensive use of Oculus Rift may cause health problems such as nausea, dizziness, and motion sickness, so pay attention to how long you play. Those who wear glasses may also feel more difficulties in adjustment.

Many people have been torn between Oculus Rift and its main competitor, HTC Vive. The latter may be more expensive right now (about $800), but when it is out, it will come with motion controller, something that this first generation of Rift does not have yet. HTC Vive will be likely to have better visual, and it will also release the PS4 version, which requires less spending than Rift because you only need PS4. Nevertheless, the duel is essentially about games, and you can always expect lower price of Oculus Rift several months after it is out.

The impact of Virtual Reality (VR) on WordPress websites

Free Backup the Whole Disk to Any Location Path with AOMEI Backupper 4.0.4

Why to Use Parallel Desktop On Mac For Using Windows App? A Review

A Quick Guide to SSL and TLS Protocols

How to Protect Your Business from Phishing Attacks

Impressive Ways to Elevate the User Signups for Mobile Apps

What Is An Office Telephone System

﻿Top 5 Reasons To Have Property Manager For Mobile Home Park

Lightbulb Moments – Choosing the Right Headlights for Your Off-Road Vehicle?

How to transform Invention Ideas into Successful Products