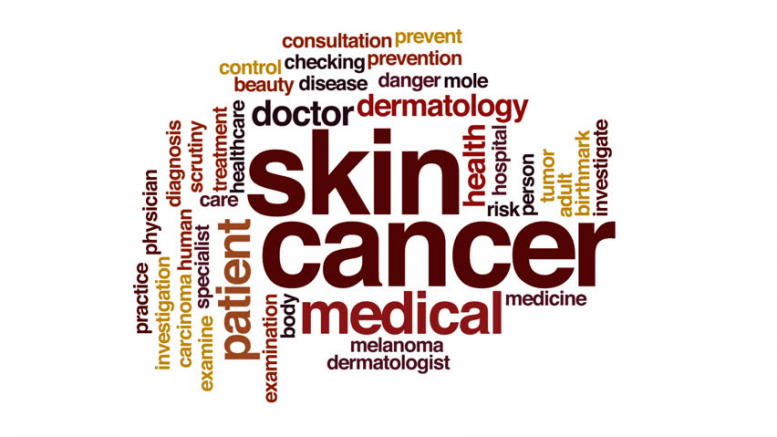 According to the Centers for Disease control, Melanoma, otherwise known as skin cancer, is ranked as the most common form of cancer In the United States. Essentially, there are 3 major types of skin cancer, Basal Cell Carcinoma, Squamous Cell Carcinoma, and Melanoma. Fortunately, detecting these forms of cancers early gives patients the greatest chance of survival.

We’ve put together an article to help you recognize the early signs of skin cancer while also providing some of the best preventative measures you can take to reduce the risk of contracting this disease. Listed are 3 tips everyone should know in order to recognize and treat this stealthy culprit.

Typically, skin cancers will develop on areas which are the most sun-exposed like the face, ears, chest, lips, ears, arms, hands, and for women, legs. Rarely, it may form on lesser exposed areas like a patient’s genitals, or beneath their fingernails. When skin cancers like Melanoma occur in people with a darker complexion, it’s more likely to appear on locations which are not normally exposed to the sun, like the palms of a patient’s hand, or the soles of their feet.

Melanoma affects people of any skin tone, tending to occur on the palms of the soles in people of a darker complexion. Signs may include a painful lesion which itches or burns or a mole that changes in color size or feel. Also, large brownish spots or dark lesions may also appear.

Signs of less common skin cancers like Kaposi Sarcoma, Merkel Cell Sarcoma, and Sebaceous Gland Carcinoma Capozzi are most likely to occur in people suffering from immune deficiency disorders like AIDS or those taking immunosuppressive drugs. Signs may include red or purple patches on the skin or mucous membranes.

Merkel Cell Sarcoma will usually appear as firm, shiny nodules beneath skin and hair follicles. Most commonly, it appears on the neck, head, and torso. Lastly, Sebaceous Gland Carcinoma will appear as painless, hard, nodules which will develop anywhere although mostly occur on patients eyelids.

According to the Skin Cancer Foundation, there are a few tips people can follow to reduce their risk of contracting skin cancer by as much as 50 percent. One, seek shade. Two, use a sunscreen with an SPF of 15 or higher. Three, cover up with clothing including brimmed hats and UV blocking sunglasses. Lastly, fourth, see a dermatologist annually for a professional examination.

Early detection is the key to successful treatment. Ensure you find a licensed medical professional such as SunDoctors which specializes in Dermatology a pathology and helps you better with the treatment and care.

Even though skin cancer is the most common form of cancer in the United States, you can utilize these 3 tips to reduce your chances of contracting this potentially serious disease by as much as 50%.

Moving a Wheelchair Using a Mind? Why Not?!

Tracking your Health Progress with a Scale

How to Archive Old Photos with Scanner

Grow Your Business: 6 Ideas to Boost Customer Engagement Through SEO

WHAT TO LOOK FOR IN A Plumber or GAS ENGINEER

Gone Phishing: How Hackers Target the Human Behind the Keyboard

Everything You Need to Know to Purchase The Right Lawnmower

12 Personal Finance Tips and Tricks to Make You Rich

The importance of warehouse linemarking

WHAT IS THE CHEAPEST PRIVATE JET?

Start up success: learning from the best in business

Here’s What You Can Get from Professional Transcription Service