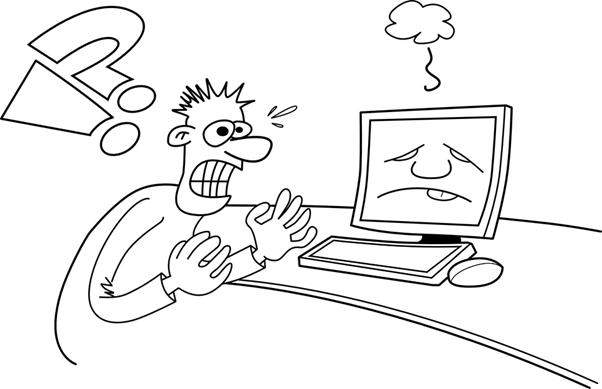 Earlier in March this year, Yoast SEO updated its plugin to deal with the attachment URL pages which are created by WordPress as a feature. However, a bug in the update led to many sites finding a large number of indexed URLs on their site without adding any content. This led the Google search engine to believe that the site had a lot of ‘thin content’ pages thereby leading to a drop in ranking. Let’s try to understand what exactly happened and how is Yoast rectifying the problem.

In WordPress, when you upload an image, the platform does two things:

Since these URLs have little or no content except the image (thin content), they inflate the number of pages on your website without increasing the amount of quality content and are bad for the SEO of the website. This is an inherent feature of WordPress.

Until now, Yoast was taking care of this by redirecting the attachment URL for an image to the post in which the said image was attached. However, this technique it had some problems. Duplicate images and those uploaded for reasons other than being a part of a post (like site icons, page header images, etc.), would not redirect.

Through its 7.0 – 7.0.2 updates, Yoast added a new feature to deal with these pages. As per this feature, the default redirect of the attachment URL would be made to the image itself. This simply meant that the attachment URL did not exist on your site at all.

When the users were updating from the earlier version to 7.0 – 7.0.2, the bug in the update could not always correctly convert certain setting from the old to the new version.

Since the option now said ‘No’ to redirect the attachment URL back to the attachment itself, XML sitemaps got enabled for all attachments. This resulted in all those attachments getting indexed with Google. Websites which had a lot of images and relatively lesser content were the worst-hit. This is because Google’s algorithms found that their site suddenly created a lot of thin-content pages.

How is Yoast rectifying this problem?

Yoast has taken the following steps to rectify the problem:

Bugs can be nagging and annoying for developers. In this case, since the bug changed the settings to ‘No’ as a default, Yoast couldn’t rectify it as the older settings were overwritten. While Yoast SEO is trying its best to rectify the problem, the company hopes that users retain their trust in them as a preferred SEO tool.

As a best practice for any WordPress website, I suggest signing up with a good Managed WP Hosting plan. The reason for this is that 1) they usually provide plugins such as Yoast and Jetpack as pre-installed plugins so that you need not waste time on setting them up and 2) They take care of maintaining and managing plugins which takes care of such issues. At the bare minimum, they will notify you of such problems and provide the necessary support.

Be the first to comment on "Yoast SEO Plugin 7.0 Bug Causes Ranking Drops"

When to Change to Winter Tires

The best technologies for web design

Trello vs. Jira: what to choose for team management

The Service of Fe-El Digital Agency

How to Prevent an Electronics DUI

Starting Your Own Business? Here are 5 Things you Should Know

The Guide to Choosing the Right Business Phone System

Should SEO Play a Part in Your Digital Marketing Strategy?

How to Get Backlinks from Wikipedia

What Should I Look for When Buying Bedroom Furniture Sets?

Why Fire Safety is So Important for Your Business