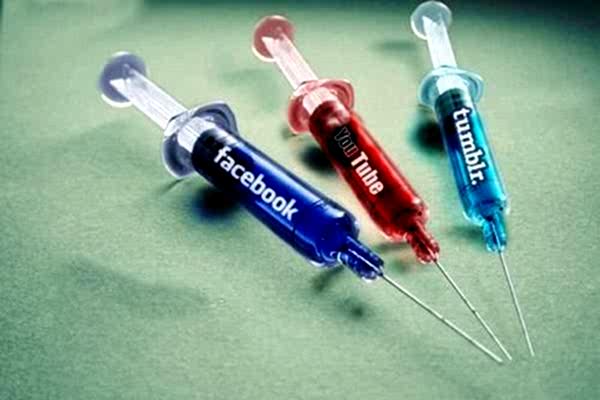 Whether or not people choose to admit it, each person typically has, or at the very least is prone to developing particular addictions at one point or another for a specific concept, substance, object, or any other things. In recent times though, there is a particular addiction which garners quite an attention from many people. With the advent of social media as well as a practically limitless number of them, social networking addiction is the one of the recent forms of addictions that continue to be on the rise. Considered as the close sibling of internet addiction, this particular addiction to social media and everything about has taken a lot of victims. Worse is, many addicts who have fallen into this potentially toxic habit don’t realise or are in denial about it. Addiction towards social networking may push you into bouts of unproductive times and negligence towards your life’s more important priorities. It is an addiction relevant to today’s technology-ridden technology, one that is essential to be addressed to. This article will give some tips that are hopefully helpful in defeating this particular unhealthy habit.

Some Tips to Break your Social Networking Addiction

The first step lies in how you deal with the knowledge that you are addicted; will you deny or acknowledge it? This is one of the most significant steps that you need to take before you can do any other things. Do not deny your addiction. If you are aware that social networking has taken a large portion of your daily life, then it is the time to step back and evaluate this whole habit. Be on the lookout on some signs such as the frequency of you browsing your social network account as well as whether or not it is the only thing you do when browsing internet. Also, make sure to educate yourself on this matter. Open your eyes on some of the bad side of social networking. Some people thought that it is all sunshine and butterflies, but it is not. Make sure to know about some of the uglier side of social network and try to prevent yourself from getting too immersed in it too much.

In dealing with social networking addiction, reforming your mind-set is one of the most crucial steps to break from it. One of the factors of this addiction is that many people think that oversharing is not a problem, and investing way too much time on their hands to share their life stories on the net when given the chance. The same can also be said to spending too much time scrutinising other people’s lives. Neither of these habits are healthy and needs to be changed. Start from reforming your mind-set that you have better things to do in life, and fight the social networking addiction!

New Nintendo 3DS; what it has to offer for gamers

RPG Games That Are Worth Playing

Software and Application to Design Clothes: Professional and Beginner Needs

Excel Tips and Tricks That Will Speed Up Your Work

The Dangers of Driving With A Cracked Windshield?

Why is it important for you to have a business database that is built on SQL?

Why can the Extruded Aluminum be In Sight So Often?

The 7 Cheapest Ways To Heat A Home

What Skills Do The Very Best Lawyers Possess

5 Ways In Which You Can Grow Your Business

Find Out How You Can Make Real Estate Work for You

Make Sure An Offer Letter Is Enough For Your Employees To-Be!

Big data and pricing: how to find the best price for your products

Grow Your Business with These 5 Strategies

Importance of Avaya Telephone System and its features

Affordable Promotional Items Your Business Must Have