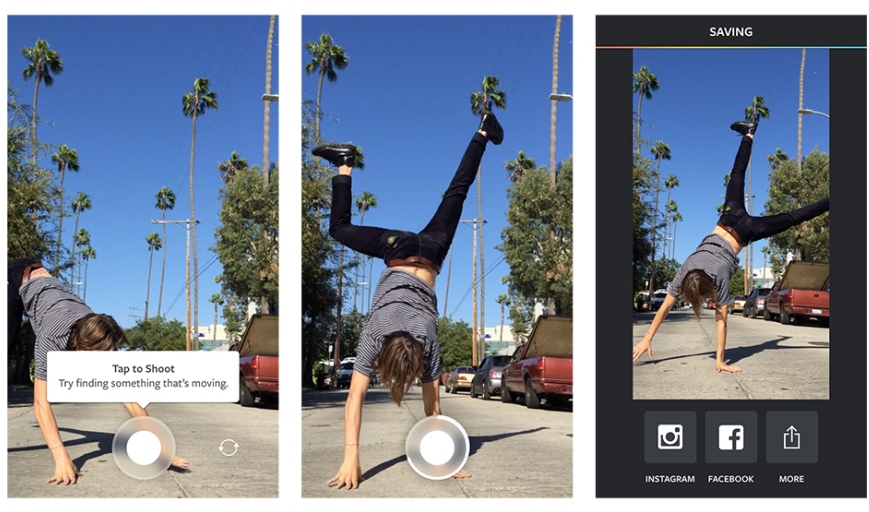 Instagram Boomerang App is designed for users who love editing interesting photos and shares them to friends. If you know Live Photos feature recently launched by Apple, then it will be easier for you to work with Boomerang app. The app basically frames multiple pictures and joins them into fast-moving footage that takes few seconds. The resulting videos can play forward and backward, thus resulting in gif-like effect.

The app is now available for Android-based gadgets and iOS after its first release in October this year. To download the app, make sure your phone is supported at least by Android Jelly Bean as the app is actually designed for the newly released android version, namely Marshmallow.

Features to Enjoy in Boomerang App

After downloading the app, you can immediately take up to 10 photos; then, let the app works to stitch them together. Then, you can speed up the video based on your need. You can also enjoy taking short videos of interesting objects by using front-facing or back-facing camera. Then, when the video is finished, you can share it on social media, such as Instagram and Facebook without having to open a new window.

Instagram Boomerang app makes your day enjoyable as you can capture great moments as well as creating mini videos on your own, and then sharing them with your friends on social media. Then, see how your friends or followers respond to your creative videos.

How to Effectively Lead a Team of Mobile App Developers

10 Essential Apps Your Small Business Should Be Using

Breakdown of Services Provided by the Professional Plumbing Services

10 Effective strategies: How to promote your blog

Role and Responsibility of a Cybersecurity Expert

Why is Waste Management Important for Business Organisations?

Keys to being progressive in a mall kiosk Business

Cut The Fat: 4 Simple Things That Can Save Your Company Money Each Year