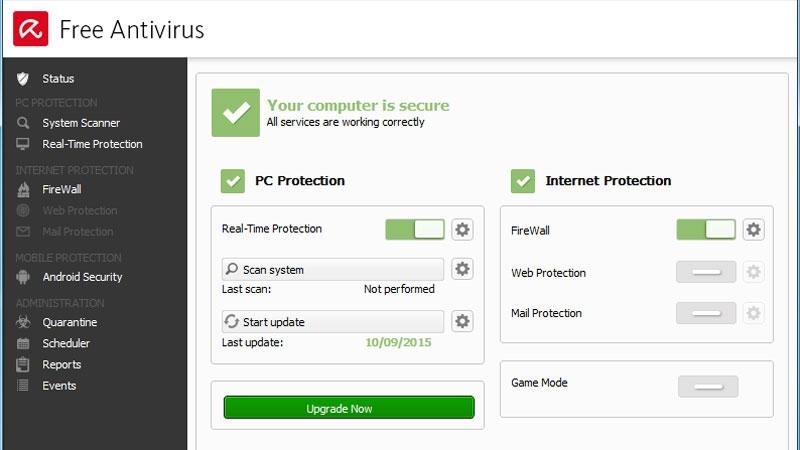 Options of the Best Free Antivirus Software for 2016

AVG has been long known as a trusted source of free antivirus software. Its latest version of AVG Free Antivirus was released in 2015 and it will be effective in 2016. This software is totally free and available for PC, Android, and Mac. The latest version of AVG Free Antivirus 2016 comes with additional Zen application that shows the owner the status of all devices that run the software.

This software works pretty fast, thus making it popular for years. However, installing AVG Free Antivirus can be confusing and finding the free full version can be another challenge. Therefore, make sure that you read and understand the privacy policy before installing the software.

This is one of the options of Best free antivirus software for 2016. It comes with some cool features, such as browser app analysis, Android suite, anti-theft feature, and some other goodies. Avast Free Antivirus 2015 serves two main functions: as a virus protection and as a detector of unwanted application.

You can extend the software performance by downloading Avast Browser Safety for fee. This is a good choice if you do not want to be misled by ad networks. It prevents the ad networks from tracking your online activities and blocks potentially harmful websites and adds. The drawbacks include lack of anti-spam or firewall protection, and the need for regular upgrade and password protection.

This is a dependable best free antivirus software for 2015. The main advantages of this antivirus include well-designed interface and user-friendly features, which make it easy to use and direct. Virus scanning is straightforward using this antivirus software. The profile options are quite common, such as quick scan, full scan, and scan of specific drives. Therefore, the users do not need much adjustment to use it. The main disadvantages include small selection icons

This free antivirus software comes with some extra features and excellent protection against virus. It provides USB protection, process monitoring, modern screen design, and link to a dashboard. The software is easy to set up. The main drawbacks is the time required for first-time scanning, but overall, the performance is quite sound.

Actually, there are still many more options of best free antivirus software for 2016. Examples include Qihoo 360 Total Security 2016 and BitDefender Internet Security 2016 – a reliable protection for PC or laptops, which are used for internet browsing. The software comes with its advantages and disadvantages. Therefore, make sure to learn the specifications comprehensively before downloading.

Li-Fi Connection: Be Prepared to Say Good Bye to Wi-Fi

Top Things that Will Make Your Crowdfunding Project Fail

How supermarkets are using technology effectively

An Insight to VPN and Understanding Its Various Benefits

Protect Your Messages! Use The Best Private Messenger!

How to get the highest payout for your used or broken phone at gizmogo!

5 Ways You Can Develop Your Business With a Commercial Drone

Get best SMS service provider for your business

How to Start Business for College Students

7 Steps to Grow Your Business Online

Top 7 Reasons Your Company Should Outsource IT Support and Services

The Basics of Buy to Let Property Investment: How to be Successful

How Private Travel Has Changed