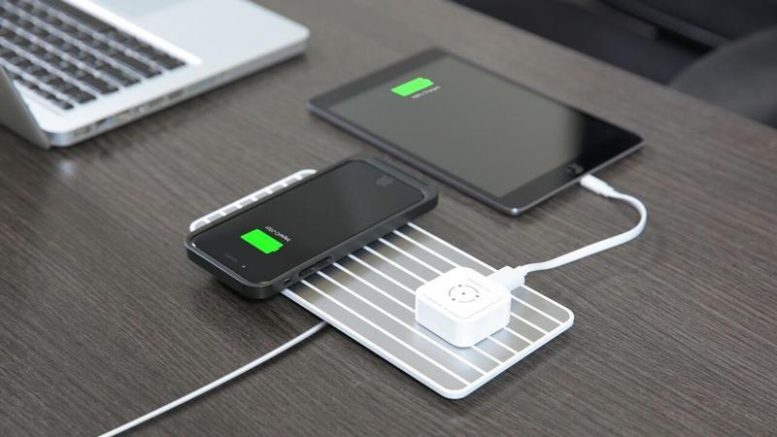 Many smartphone users have been familiar to Apple Mobile. Apple is a big mobile company based in America. It is categorized to be high end mobile category in which it is embedded the sophisticated technology and owned by the rich as well. Apple will create buzz for the fans of this mobile. Apple is developing the latest technology for its mobile phone. It is called to be wireless-charging technology. Are you curious on this technology?

Wireless charger had been developed a year ago in which you do not require the use of cable. The charge the capacity of charger, you only need wireless connection. This technology seems to be out of date. Apple mobile is trying creating the better and newer technology about charging method. Wireless-charging technology is planned to charge the battery of Apple mobile phones without using a charger. It will have developed sooner where it is inspired by the technology of wireless charger. This new charging technology is embedded for iPhone and iPad in 2016. This technology is different from the conventional charging way. It absolutely eases you to charge your Apple battery.

When the development of a certain technology is created, it proposes some special features. What is the special feature of wireless-charging technology in Apple mobile products? The charging method does not need the use of wireless charger that is used for high end smartphone products. But, the wireless charging technology from Apple mobile can be applied without using a cable anymore like charging pad for charging the android or smartphone.
The technology has been claimed that it is able to charge your Apple mobile products from long-distance without the use of cable. It is very inspiring and marvelous for your iPhone and iPad products. The speculation claims that the sophisticated technology will be first use by iPhone 7 included in the release schedule in the end of this year. Then, it follows the new generation of Apple iPad with the embedding of this technology. Wireless charger currently does not need the use of cable plugged in the device but it requires the contact of base to charge the power of battery.

If Apple mobile is able to create this wireless charging technology successfully with no cable, the huge possibility is that Apple can defeat its competitor. It completely gives big positive effects directly to the users in which they do not get worried on the battery requiring electric socket or charging pad. This technology is practical that can be an inspiration for many mobile providers to develop it more sophisticated. This charging technology is extraordinary and innovative that is surely accepted by many phone users.

Smartphone plays a huge role in US Retail Holiday Seasons

What should I Do when Getting Window Tinting Done?

Most Anticipated Video Downloader of 2019

7 Reasons Why You Should Choose an Android Device Over iOS.

Top 5 Tips To Building A Gaming PC On A Budget?

RepairGeekz: One stop shop for all your tech gadget problems

How good are your chances of winning a case with a professional car accident lawyer?

How to Prevent Leakages and Default of Hydraulic Excavator Seals?

Get Invigorated by Planning a Day Trip From London

Look for management options in UAE

Do You Want to Know A Machine which is Used to Remove Metals From a Work Piece?

What Services Does A Property Management Firm Offer?