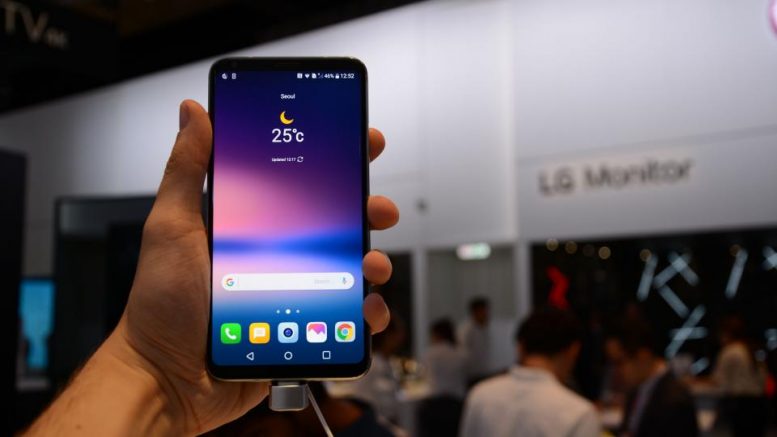 LG has released some flagships since the beginning of the year. But, toward the end of the year, the company seems to plan another release, namely LG V30. For many reviewers, the phone is quite unexpected in terms of design, particularly the display. Overall, LG’s V series is known for their uber-masculine style. This is particularly evident since V10 was launched in 2015. Different opinions are revealed from LG 30 review. Some of its features may be beyond your imagination.

What LG 30 Review Reveals and What Features to Expect

Even though LG V30 does not buzz the market, you may expect a number of great features offered by the company. The following are some of them:

According to some reviews, the V30 is supremely sleek, compared to any other models. The phone comes with rounded edges and Gorilla Glass 5 that combines perfectly to the metal frame. It seems that LG is refining its approach to design. This is evident from the streamlined look and feel of V3. The following are some other interesting aspects of LG V30 features:

For some reviewers, the non-removable 3.300 mAh battery may be a little bit disappointing. However, it actually makes the phone more streamlined compared to the phones with removable battery.

You may not expect special things from the LG V30’s display, except the brightness with pixel-dense panel (538ppi). Some reviewers expected that LG should have used better panels. Grittiness and uneven lighting appear from the screen. This is particularly annoying when it is dark.

Fortunately, the sound quality is better. Despite a single bottom-firing speaker, the phone is great for listening to music. The sound quality is much better when you plug in a pair of headphone and activate the Hi-Fi DAC. The features make the music louder and sound more lively and natural.

Those who love the latest version of Android (Nougat 7.1.2) will expect LG V30 release date. In addition, the phone comes with some great features in terms of performance and software, including:

Nonetheless, you need to anticipate some improvements. For instance, the phone does not come with an app launcher. As a result, the downloaded apps may overwhelm the phone’s screen. The good news is that you can easily use the traditional launcher to manager the apps.

LG 30 Review shows that its camera is one of the best LG has made so far. The rear camera features 16 megapixels with an f/1.6 aperture. The second one features a 13-megapixel wide-angle camera. Even though some other brands begin to shift to different kinds of dual-camera setup, telephoto/wide-angle combo still remains dependable, as it is more flexible.

The main camera comes with optical image stabilization, despite some elements to improve. The resulting images are pretty enough, with detailed and bright colors, particularly when ot has lots of light. However, you may find the image quality different under low-light performance.

Overall, the wide-angle camera works great for capturing images with great quality. In addition, LG claimed that it built V30 to shoot videos, and it proves it. The phone is a perfect companion for YouTubers and videographers. It offers great level of control over the footage to capture.

LG V30 Features include a Qualcomm’s Snapdragon 835 chipset, combined with Adreno 540 GPU, as well as 4GB of RAM. Of course, this is a cool as well as effective combination, despite the fact that it has been a part of mainstream. The phone works in a speedy and smooth way. It is pretty dependable for gaming and multi-tasking.

How about the battery life?  You may not find something special with the battery. For daily use, the V30 is pretty average, with around 12 hours of use. It means that you may need to bring the charger for one-day trip. Fortunately, the phone is fast charging. From completely dead condition, it takes only about 15 minutes to get about 30% of energy.

In conclusion, LG V30 features for build quality and design are superior, but some improvements may be needed in its performance. Curious? Wait for LG V30 release date information from the company.

The Tips to Take the Better Photos with Your Smartphone

Be the first to comment on "LG 30 Review: Great Design with Need for Performance Boost"

Factors to Consider When Buying Headphones

How to Recover iPhone Passcode without Losing Data

How is Plastic Made?

Tips on Balancing your Business and your Day Job

3 Tips For Buying A Fixer Upper As Your New Home

6 Factors to Consider When Choosing to Build a Deck

How to Build a Good Reputation for your Startup

Life Hack: At What Age Should I Get A Will?