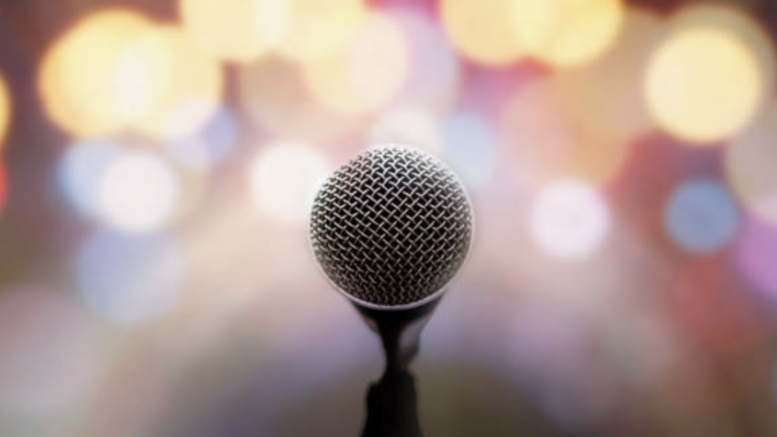 When being a keynote speaker at a conference or seminar, distractions frequently arise in the form of interruptions. Ordinary ones such as a late arrival or a sudden departure should be overlooked. A continuing nuisance however such as a noisy ventilator or a flapping window shade should be attended to by someone in the audience.

Should no one volunteer, the speaker may interrupt and start to abate the disturbing noise. His gesture is generally quite enough. Someone nearer at hand will be quick to quiet the sound. Outside interruptions such as a siren or the roar of a low plane should be ignored unless the sound is so loud that it interferes with your communication. In that event, just pause until it has passed.

When someone in the audience creates a disturbance, let the sergeant at arms or someone seated close to the offender abate the nuisance. Any personal appeal on your part might backfire as it did for the speaker who was disturbed by a man who kept coughing, sneezing and blowing. Finally the keynote speaker asked politely, “Don’t you think a few minutes out in the air might help your cold?” And the afflicted listener replied, “This aint no cold. I’m just allergic to baloney.” In other words, the speaker was being heckled.

How To Handle Hecklers

The founder of KeynoteSpeakers.info Dan Smith states that “Hecklers are best ignored. Otherwise you are sending a signal to the rest of the people in the audience that you are not in control of the situation.” If you do not deign to answer a heckler and he continues to be offensive, the audience usually will come to your rescue.

They realize that you are the invited guest and as such you are entitled to their protection. The age of chivalry is not dead. Even at political powwows audiences have suggested that a heckler should rent his own hall. Some speakers try to banter with the intruder in a light vein, but this serves no purpose but to encourage him. After all, it is up to the audience to suppress the intruder.

“The speaker must lose neither his dignity nor composure, and must keep his temper curbed under any circumstances” says Dan Smith with ten years experience. “If the audience is slow to hush a heckler, the speaker may well vary his speech and interpolate a reference to the American Constitution’s “right to be heard.” That guaranteed freedom of speech contains no reservations whatsoever, and the right of free speech means the right to be heard without interruption.”

You may feel that this is missing an opportunity to unleash a lot of rapid repartee, but such “asides” are unwise. Any prepared repartee might not fit under the circumstances, and furthermore when you indulge an interrupter, you unfairly abandon your audience. Your mind should stay on your speech and any side play would be for the interrupter’s sole benefit. It’s even possible that you would come out second-best as did the political orator who said: “Will that gentleman who differed with me please get up and tell the audience what he has done for the good of this city?” His heckler arose and answered in a loud clear voice, “Well, Mr. Mayor, I voted against you in the last election.”

The truth is, being a keynote speaker is not easy. But once you learn patience and are savvy on stage, you can overcome any difficult situation.

Smartphone plays a huge role in US Retail Holiday Seasons

All You Need to Know About Indoor Type Current Transformers

How to secure your house with new technology

What Screen Color Is Best For Eyes

What is the Best Location for HVAC Ducts

Is Business Coaching Required For Success

6 Things Every Small Business Should Have

The benefits of a leased line for your business

Essential Guidelines for Moving to a New Country

The Significance of Mobile Phone Plans in Today’s Digital Age