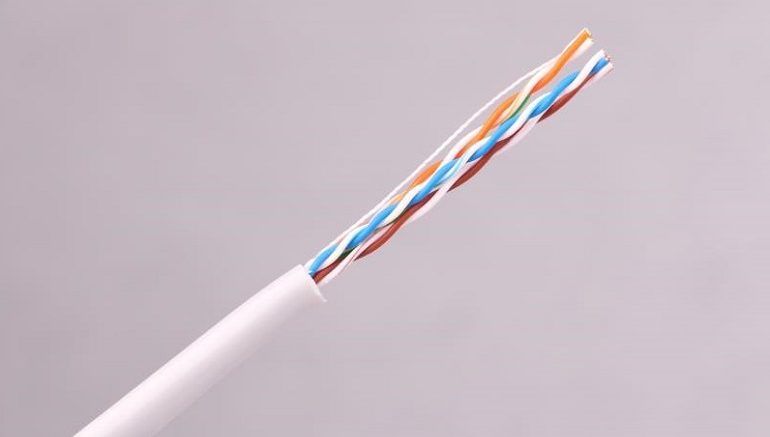 CAT5 and CAT5e UTP cables are the two most commonly used cables for todays’ network. But what exactly is the differences between them two and how CAT5e UTP has more advantages against CAT5? You may get more answers in the following parts.

CAT5 cable, which increases winding density, is coated with high-quality insulation material. Upon the skin, it is labeled as “CAT5”. The transmission bandwidth is 100 MHz, and it’s often used for voice transmission and data transmission with a maximum transmission rate of 100 Mbps, mainly for 100 BASE-T and 10 BASE-T networks. This is the most commonly used Ethernet cable.

CAT5e UTP cable refers to Ultra-Five Unshielded Twisted Pair (UTP). CAT5e UTP is composed of many twisted pairs and a plastic sheath with the word “CAT5e” marked on the outer skin. The transmission bandwidth can reach up to 1000 Mb/s. But it often requires the support of expensive specialized equipment. Therefore, it is usually only used in 100Mb/s Fast Ethernet to connect the desktop switch to the computer.

CAT5 is suitable for a 100M network. The thickness and stranding degree of copper wires are not more than five or six types. The CAT5e UTP is ideal for 100M network, and it can also be used for communication media of Gb network. The appearance is the same. The diameter of the bare copper wire is 24AWG, and there is a little difference in electrical performance. There are slightly more than five types of on-line twisting distance. Cat 5 is typed on the line body, and 5e or CAT 5e is typed on another.

The Difference between CAT5 and CAT5e UTP Networks

2. CAT5 can meet the increasing popularity of 100M/bps ethernet. CAT5e is mainly used in Gigabit networks, but now they are also commonly used in local area networks.

4. CAT5e UTP is mainly used for communication companies or network companies to deploy outdoor short-distance links. The maximum effective communication distance of ordinary CAT5 is 100M, and that of CAT5e UTP is 300M. And the service life of the outer protective layer is much longer than that of the regular CAT5. Most of the lines connecting to your router or switch from the cell gateway or the whole building gateway are CAT5e UTP.

CAT5e UTP is a cable that appears after improving some performance of existing CAT5 STP. Many performance parameters, such as near-end crosstalk, attenuated crosstalk ratio, and echo loss, have been developed, but their transmission bandwidth is still 100 MHz.

The CET5e UTP also use four winding pairs and one ripcord. The color of the pairs is exactly the same as that of the CET5, namely, white (orange)/orange, white (green)/green, white (blue)/blue, white (brown)/brown. The nominal diameter of bare copper (BC) is 0.51 mm (244 AWG), the insulation diameter is about 0.9 mm, and the diameter of UTP cable is generally 5 mm.

Although CAT5e UTP can provide up to 1000Mb/s transmission bandwidth, they often need the support of expensive specialized equipment. Therefore, it is usually only used in 100Mb/s Fast Ethernet to connect the desktop switch to the computer.

CAT5e cable from Vnzane meets to 100MHZ data communication; color code is marked according to ANSI/TIA/EIA 568-B. It could be applied to 155 Mbps ATM, 100Mbps, 100Mbps Ethernet(100BASE-T) and other systems with 622 Mbps transmission speed apply to 10 Mbps Ethernet, 4Mbps &16Mbps. Its application including wiring cable for integrated network and CCTV system. Having more than 28 years of experience in cable manufacturing, Vnzane is an industry leading manufacturer of high-performance cabling. Products from it will not regret you.

Now it’s high time to think about the CET5e UTP cables so as to embrace a new era with faster networks, Vnzane will be here to offer tremendous help.

How to Permanently Delete Files On Your Computer

The Internet of Things and the Enterprise

MaxConverter: A Free Video Converter for the Best Media Quality

Proven tips to save money on replacement windows

Dodge F-150 Seat Covers That Will Make You Say Wow

Watch Canal Plus From Home Or Away

How Long Does the Eviction Process Take in Michigan?