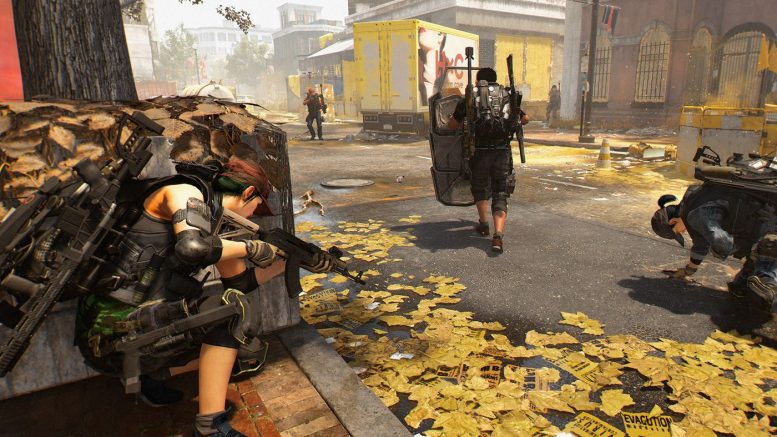 Today’s article we’re going to be talking about the division 2.So, as I’m sure you guys know there’s been a serious reduction in price for Division 2 of the base game across all platforms going on recently.

That brings in a lot of fresh faces to the game and some people that might have been put off from picking up the game originally due to some bad press and reviews and things that came out at the beginning.

There’s also going to be some older players returning to the game with the upcoming New York expansion.so, today’s post I’ve put together a beginner’s guide of things that I wish I knew when I first started playing Division 2.

Some tips to help your leveling up quicker and generally just some ways to get gear quicker and all of that kind of good stuff as well.Hopefully, it will help any of the three types of players that I’ve just mentioned. Let’s hop into the guide so like in any game when it’s first released you want to jump straight ahead get through the story missions and find out what the game is all about and you would be forgiven for doing that.

In this type of live service live update kind of game, you always want to make your way through to the endgame level so you can get the best gear and make the best builds.But it isn’t the most efficient way to level up and make sure that you’re ready to get those weapons at the highest levels and do the maximum damage when you’ve got builds in place.

In Division 2 there are several different skills that you can choose to equip to your agent.These can suit various play styles.Tip number one from me is if you’re going to be playing this game on your own or you like to play the game as a support kind of character then choose the chem launcher as the first skill that you sort of room with.

The advantages of this are that you can double-tap the button and heal yourself with it or you can also use it to launch across the map at your allies and heal them as well.

It’s a very fast way of healing yourself it’s a lot quicker than holding down the heal button to add a healing pack onto yourself and I find it to be just a very helpful useful skill.

So I was either used in the role of mine or using the drone just to do the extra damage but quite frankly it’s more useful to be able to keep yourself alive longer.So moving on to the next tip as I already previously mentioned you’d be forgiven for one into the race through the story missions complete the game as such and get yourself into that endgame sort of situation.But that is very much counterproductive so I ran the map in the division you will see things such as question marks and stuff like that.

What these will be are public executions convoys which you can interrupt there’ll be supply drops and the best of the lot there will be enemy control points.

Now not only do these things offer massive amounts of XP which of course is going towards leveling up your agent you can also get some pretty good loot from these areas as well.

Taking the control point as a specific example once you complete that particular area that’s going to open up the supplied room where you usually find a gun chest and armor chest and some variations for the loop chests for resources as well which you can then use to donate to that area and work towards other things.

Generally, these patrol points take a fraction of the time that it takes to do a story mission and you will get twice as much gear from these for doing so as well.

So, don’t be too tempted to go and run ahead through all the story missions you know I mean everything else that’s going on around you as well oh she just cut enough your nose to spite your face and won’t be making good progress whilst gearing up yourself at the same time.

In conclusion, I want to give you another tip of the Division 2 boost, which is you can take the help of Lfcarry to boost your Level and weapons without wasting time.

The Pros and Cons Of Call Tracking For Your Business

Smurfing in League of Legends: Why You Need to Start

How to avoid data overload within the Industrial Internet of Things

The Right Way to hire a Ghost writer for your Blog

Top 9 Benefits of Information Technology (IT)

Why Influence Marketing is the Next Huge Trend

10 Tips for Driving in the Bay Area