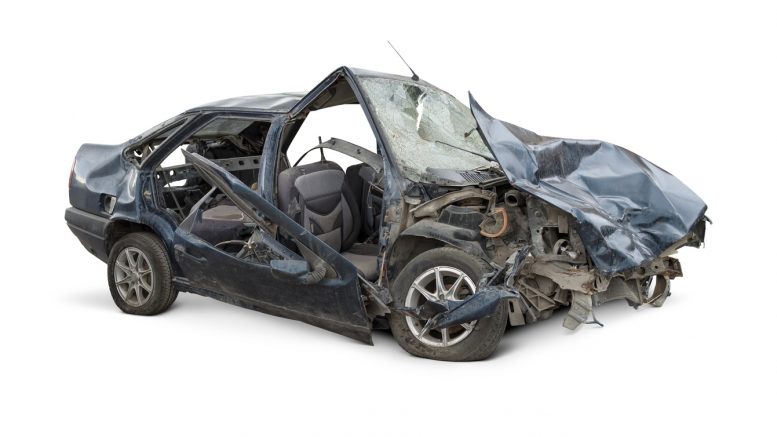 Damaged car after a terrible crash. Isolated on white background.

There are millions of junk cars out there in the world at any given time. From cars in junkyards waiting to be crushed to cars sitting in your driveway while you figure out what to do with them, you can find junk cars everywhere. The average person doesn’t give much thought to this pile of junk, other than figuring out how to save money in having it towed to a junkyard. Though before you go that route, you might want to consider actually selling some of those car parts for good money to a scrap yard.

Yes, it’s true, you can get cold, hard cash for junk cars, depending on which parts on the vehicle are still in good shape. Here are some of the most popular pieces on your beater that you can sell for some money.

The Best Parts to Sell from Junk Cars

Rims and tires sell for a good chunk of change, especially if they’re in good condition. If your car doesn’t run or the insurance company has claimed that it’s totalled, it’s probably because of an engine issue or some issue with your frame’s integrity and not the rims and tires. If your rims and tires were the issue, you’d just have them replaced. So keep in mind that a good way to get cash for junk cars is to sell off the rims and tires.

Batteries for cars aren’t necessarily that expensive, but it’s still a part of even the junkiest cars that should sell for a few dollars. The odds are pretty good that you have a working battery in a junk car. After all, if the problem were the battery, you’d just have it replaced, and your junk car would be a car that runs. So the odds suggest that your battery is good, and therefore you can sell it for a few bucks.

If you were to go to even a low-priced mechanic today and tell them that you want a new air conditioning unit for your car, you’ll probably be paying a minimum of $600 for the part alone, hundreds more for labour. The thing about an AC for a car is that it’s very intricate. It’s like a miniaturized central air system for the home, so these things can be rather expensive. If you have a working AC in your junk car, you might just be able to get good money for it by selling it.

The thing about the catalytic converter in your car is that it might be worth a lot more than you realize. Believe it or not, about a third of these important parts are made using platinum, which is a precious metal that fetches a hefty price on the market. Even if you were selling the whole part to be used and not have the platinum removed, this is still a rather expensive piece that people pay good money for brand new. This means that you can get a pretty penny from a scrapper for this part if it’s intact and working properly.

You might not know it, but the number-one reason for a car to be considered “junk” is because the insurance company tagged it with the label totalled after being involved in an accident. Of course, this means that the chassis is bent or the damage is greater than the car’s worth, but rarely does this mean that the vehicle is junk. Most cars designated totalled have perfectly good interiors, like seats and airbags and console units. These parts can sell for big money to various companies, so keep this in mind if you have a junk car.

As you can see here, there is a lot more value in your junk automobile than you may have initially realized. There are all sorts of parts on your car worth money, even if the car doesn’t run. So keep this in mind and always seek to get cash for those junk automobiles.

Be the first to comment on "Scrap Cars: Best Parts for Money"

Aver CAN540 and Aver VC520 Pro, the Best Investment for Your Video Conferencing Systems Needs

Storefront Owners Everywhere Are Asking About The Clover Pos System

Content Is the Only Way To Succeed At Digital Marketing

SiDCOR Share 6 Tips for Managing Millennials in the Workplace

Business News: 10 US Cities with the Lowest Startup Cost

How To Handle Doctor Negligence In Court?

Pallet Shipping with the Professional Packers and Shippers