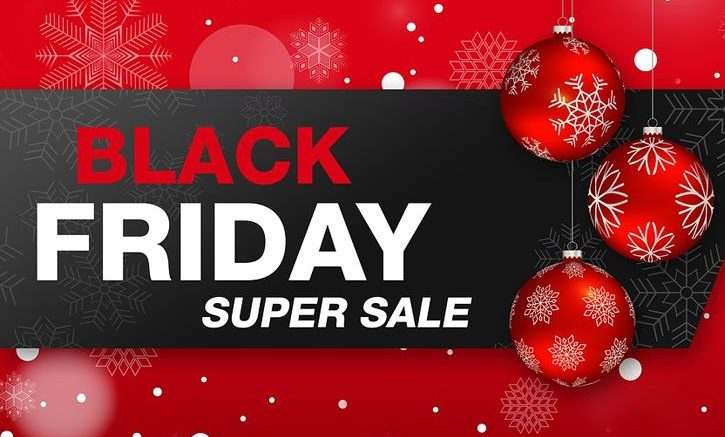 The biggest shopping events of the year just took place i.e, Black Friday and Cyber Monday and oh! Wait. How can we miss Thanksgiving? Despite the weather, this Black Friday millions of shoppers made an early morning beeline to the stores across the country. Millions of Americans looked for bargains during the five-day stretch that ran through Thanksgiving to Cyber Monday. The madness has not yet ended the shopping spree is still going on. We have our data and collections of sales. You will be surprised to see the sales target being exploded with a tremendous amount of shoppers and their purchases. Let us have a look, Did Black Friday sell out?

Black Friday turned in to SmartPhone Day. Mobile Sales grossed about $2.9 Billion. Followed by clothing, deals on Laptops and tablets and Video games.

Cyber Monday 2019 was bigger and better than ever before. Digital Monday 2019 saw an outpour of 16.9% with a total of $9.2 billion sales increasing from $7.9 billion of 2018. During the online rush, the shoppers spent approx $11 per minute. The record keeps outstanding the previous ones. Since 2013, all we have seen is more sales. One may expect it to grow exponentially in upcoming years.

Retailers saw real growth in online sales compared to an offline sale. Shoppers preferred to buy from their screens skipping the queue mess. 73% of the digital traffic came through mobile devices, whether it be the specific store app or google being the pioneer. A 56% hike in mobile phone purchases made them a true driver of online traffic.

The other factor of creating online traffic was such sites that helped you grab the best Black Friday deals and offers. Playing a huge role in ringing the bell to the consumers and directing the traffic to shop at these retailers. Most efficient sites in bringing the shoppers at the right place are

The shopper also ditched the delivery wait and preferred to buy online and pick-up in-store filling the gap between the online and offline operations. By giving it a spur of 43.2%.This not only resulted in the surge in online sales but it also reduced the order handling cost by 90% when consumers chose to pick the order themselves on the very same day.

The average order value also saw a boost of 6% to $168 indicating that shoppers were comfortable in scoring items with high value.

How can we skip the biggest driving force of the whole shopping season frenzy, the humongous discounts!

Some luxury brands didn’t fall behind like Michael kors discounting 70% off i.e, 20% more in comparison to last year. So goes with Coach and Kate Spade giving 50% and 70% discounts respectively on select items.

Brands like a banana republic and Gap gave 50% off on all items in-store as well as online. Whereas Victoria’s Secret, Sephora, Ulta, Macy’s, American Eagle, Bed, Bath and Body Works offered more alluring door-buster deals while being selective on discounting.

Constant Engagement With The Consumers

One of the many things leading to a good black Friday revenue was the steady engagement of the retailers to promote the best deals they are offering, attracting more and more consumers to shop. From Thanksgiving to Black Friday emails grew 17% and so 22% increase in the text messages.

Thanks to the convenience of these smartphones that shoppers could buy even in a fraction of time. So, traffic and digital buying were constant throughout the big day is one of the reasons for a great output this year. Unlike previous years where the peak time of mobile buying used to be 10 in the morning and returning later during the evening.

Clothing is one of the most driving forces of the Black Friday sale, followed by electronics such as Samsung TV, Apple Laptops, Airpods and Gadgets like tablets and smartphones. Not falling behind was the video game deals. The popular virtual game being Frozen 2, Paw Petrol, NERF. Video games FIFA 20 was the craze and none other than the expected Nintendo Switch.

Walmart, Nordstrom, and Target are the top rankers in the holiday sales because of their wide variety of products especially electronics, which is calculated to be the reason for Macy’s and Kohl’s downfall in performance. Target had more than one million people shop via Target Mobile App in comparison to 2018. Brick-and-mortar Black Friday Sale saw an increase of 4.2% strength in the sale of electronic appliances, clothing, and shopping goods.

Retailers getting the most social media attention was Amazon, Gamestop, Best Buy, etc. Another major factor leading to the success of Walmart and Target was the BOPIS option available to shoppers with good discounts and amazing incoming traffic handling serving a great performance.

The retailers that struggled the most these days Gap, victorias secret, kohl’s, J.C. Penny, Bed Bath and Beyond.

Though Black Friday 2019 was better than ever before some retailers saw a downfall and failed to impress the crowd overall. First among them being Costco. Hit by the performance roadblock, Costco was unable to handle the traffic influx. H&M faced several performance issues starting from thanksgiving unable to handle the high volume of traffic. Same went with hobby lobby, Forever21, Home Depot, Sephora.

As for the coming year, looking at the trends we see these biggest shopping days just getting bigger. Though Black Friday won’t remain the biggest shopping day as it has become a week-long event and retailers start to offer Black Friday Deals from Thanksgiving itself. However, Cyber Monday will remain the king as people are heading more and more towards online shopping. I hope to see you all soon next year, with a bigger shopping list and bulkier wallets.

Be the first to comment on "The Biggest Shopping Event: Black Friday 2019"

How to Save your Mobile Phone Battery Power during Vacation

8 Simple Tips of Learning a Programming Language in College

﻿5 best science experiments you can do with alcohol

Easy Ways to Stay Relevant as a Start-up Restaurant

Affiliate Marketing: How to Increase Your Conversion Rate In 2020

Why Should You Invest in A Robot Vacuum Cleaner?

Hit the Beach…for Your SEO Needs!

Stops the Search of Work from Home

How Supporting Caregivers at Workplace is Beneficial to your Business?

5 Hobbies You Should Take Up in Retirement