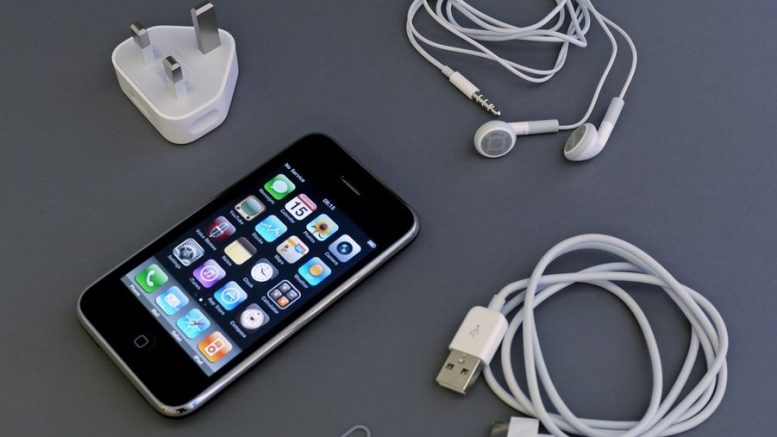 Its been over a decade since Apple changed the world forever with the first generation iPhone. Has it really been that long?

In such a short space of time, the smartphone has evolved into stunning new forms.

The latest iPhone 11 Pro Max gold has more power than a 90s supercomputer, but its link to the original iPhone is clear. Or is it?

The latest batch of Apple smartphones may share the ‘iPhone’ moniker, but how much of the original iPhone DNA can be found in today’s iPhone? Does the iPhone 11 continue Apple’s rule over the smartphone market, or will it lose them their crown?

Perhaps the more interesting question is, how much iPhone DNA is there in all modern smartphones?

The original iPhone simultaneously reinvented the mobile phone and ushered in a new era of portable devices.

Conceived in early 2005 by Apple engineers, the iPhone was the first mobile device to bring touchscreens to our fingertips.

While criticized for slow network speeds, the original iPhone was praised for its beautiful design and innovative interface. It’s bizarre to imagine that the iPhone was met with mixed reviews on release, considered the ubiquity of the technology now.

The original iPhone was so new, so unique that it had no competition on release. With subsequent releases, the iPhone’s design improved, as did its competition.

The iPhone 1 created an entirely new market and perched itself on top asking, but it wasn’t long until other companies had viable claims to the throne.

The original iPhone didn’t just pave the way for smartphones; it carved a path through stone with its bare hands. With so much heritage, does the latest batch of iPhones continue the legacy, or has Apple lost its way?

The iPhone 11 and 11 pro are the new kids on the block but carry plenty of Apple’s history inside them.

The original iPhone was slated to have a plastic screen until a last-minute design change saw the company adopt a tough, scratch-resistant glass.

The iPhone 11 takes this to a whole new level, with the company claiming it’s the toughest glass in a smartphone ever.

The iPhone 1’s camera still holds up today and is capable of taking some nice images. The 11 pro has evolved into something almost unrecognizable in this regard.

While the original iPhone had one rear-facing camera, the 11 packs a triple camera system on the rear and a front-facing camera for facetime, etc.

Have you gotten bigger?

Have You Gotten Bigger?

The most striking difference between the original and latest iPhone is the design. The original iPhone was round, stocky and thick like a shiny capsule.

The iPhone 11 is significantly taller, but half the thickness and weight. The size and shape differences are telling of the evolutions made in computer chips over the last decade, as well as trends in consumer tastes.

The iPhone 1 needed to be thick; it wasn’t ashamed of its size because there was nothing to compare it to.

As microchip manufacturing has improved, components have become smaller, and more efficient. Instead of innovating, the newest iPhones are simply keeping up with market demand.

The original iPhone was a landmark device in human history, can the same be said about Apple’s latest offering?

Well, no, but perhaps it’s unfair to compare the two in such direct terms. Is the iPhone 11 a good phone? You bet, in fact, it’s one of the best I have ever had the pleasure of testing.

Does the iPhone 11 carry forward the proud traditions of iPhones into the future? Absolutely.

Be the first to comment on "How far has the iPhone come?"

8 Ways How Your Business Can Benefit From Managed IT Services

How to Raise your Credit Score

A Study Guide to Select Your Best Car

Grow Your Business: 6 Ideas to Boost Customer Engagement Through SEO

Why Choose Magento 2 for E-Shop?

Is there any Ways I can Recover Files from a Dead Hard Drive?

Why should you get an external hard disk to backup your files?

Choosing the Best Vacuum Cleaner for Your Home

The Unique Tips to Promote your Business on Social Media

The Pros and Cons of Manufacturing with Sand Casting

The Importance of Frequent Car Maintenance

Google AdWords for Your Business Advertising

The Guide for Business Trend in 2018

3 Tips For Buying A Fixer Upper As Your New Home

How to Obtain Business License?

Business News: 10 US Cities with the Lowest Startup Cost

Getting The Most Out Of Your Sales Funnel