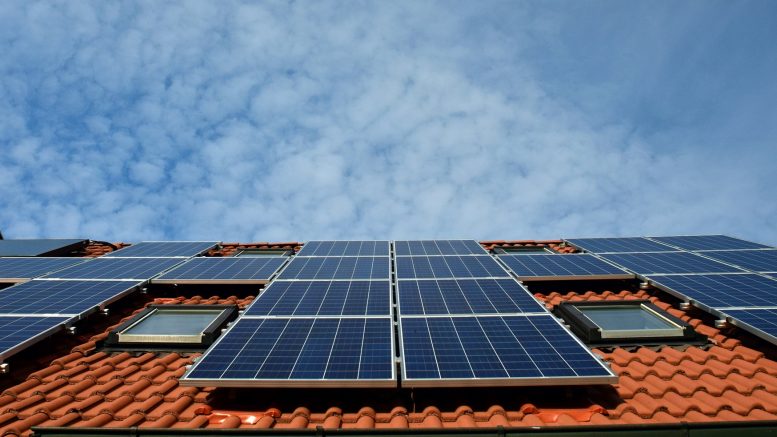 Technical terms are often misused by non-experts. Even dictionaries add to this confusion with their over simplified definitions. But it helps to understand some basic terms if we are to make an informed decision for any purchase. Terms for power and energy in a solar battery system should be understood by anybody interested in commercial solar power for their home.

Power – The amount of energy being used at a given moment. This is usually stated in watts or Kilowatts (a thousand watts), abbreviated to ‘W’ or ‘kW’.
A light globe might be rated at 50 watts, which means it uses 50 watts of power when it is turned on. Two similar light globes would use double this power, producing twice as much light.
There is ongoing research into how to achieve more with less power, e.g.: the same amount of light using less watts.
Energy – this is the amount or power used over a certain period of time. It is usually stated in kilowatt hours (kWh).
A 50 Watt light that is left on for an hour will use 50 kilowatt-hours (50kWh) or energy. The same light left on for 2 hours will use 100 kWh.

Solar panels Perth
Solar panels on the roof will produce a certain amount of power (watts) when the Sun is shining. This is usually a few kilowatts for a full solar system.

Batteries will store the power from the solar panels, to be used later. The total maximum amount of energy storage is the battery capacity. This is stated in kWh. A 5000kWh capacity storage (when fully charged) can supply 1watt for 5000 hours, 2 watts for 2500 hours, 4 watts for 1250 hours …etc.

The battery cannot put all of its energy out at once – nor should we want or need it to. It will have a peak power output, which is how much power (watts) it can supply for any particular moment.
A 5000 kwh solar battery system might supply 1000 watts for 5 hours, but not 2000 watts. The maximum load at any time might be set at 1000 watts. This varies greatly between battery systems.

A solar panel system must supply enough energy throughout the day to fully charge the solar batteries. And the battery must be able to provide energy for long enough to keep the home fully functioning. And be able to deliver enough peak power when the home requires it.

A solar panel system must supply enough energy throughout the day to fully charge the solar batteries. And the battery must be able to provide energy for long enough to keep the home fully functioning. And be able to deliver enough peak power when the home requires it.

3 Reasons Laravel is the Best PHP Framework in 2019

How to Design a Logo People Will Remember

6 Effective Cleaning Tips to Prevent Illness in Your Workplace

Types of Watches That You Could Find on the Market

How to create a clear and understandable multimedia presentation?

International Movers Reviews – What to Look Out For

How sports business such as sponsorships, technology, and branding works?

Tips For Uplifting Your Busines From Catastrophe

What to Consider When Fitting Out an Office Reception Area

Marketing Translation Services Dubai: Why You Need A Company Not To Make Mistakes

All You Need to Know About Sticky Prints

Things You Should Do to Make Money Through Wix Website