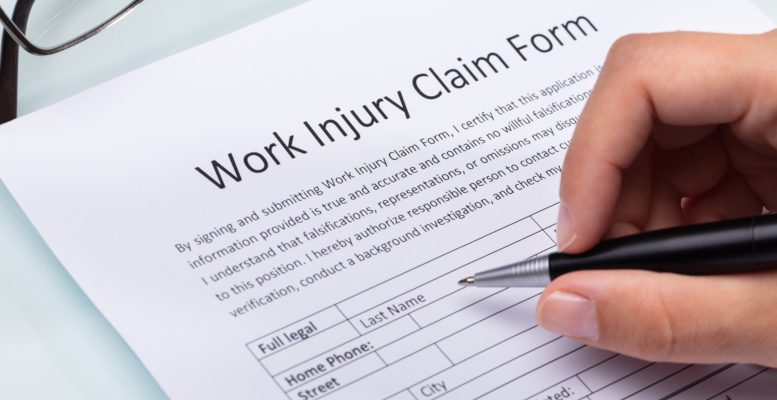 Speak With a Lawyer About the Injury

The one way to know for sure if a worker has a claim for compensation is to explore legal options by speaking with a lawyer. The lawyer will need as many details as possible about the injury, including how it happened and how severe it was. They’ll also ask about the employer’s response, any steps taken to file for worker’s compensation, and other relevant information that can help them determine if the worker is entitled to compensation. If the worker is entitled to compensation for their injuries, the lawyer can help them through the next steps to ensure they get the full amount they should receive.

Was the Injury Reported Quickly?

With very few exceptions, an injury should be reported to a supervisor as soon as it occurs. This allows the supervisor to start the claims process for the employee by filing a report with their insurance company. The injury may be reported later if the injury is a repetitive motion injury. In these cases, it should be reported as soon as the employee knows about the injury. Failing to notify the employer of the injury could mean the employer cannot start the claims process in time and important deadlines might be missed. It could also mean the evidence that the injury occurred at work is no longer available, which could lead to the claim being denied.

Medical attention for the injury must be sought immediately to ensure the person is able to get the treatment needed. It’s also important for the claim to ensure there is evidence of the injury. Depending on the severity of the injury, the person may be able to go to the doctor on their own instead of going to the emergency room. It is important for the employee to make sure they choose the right doctor so they go to one that will be objective and able to help them with the medical side of the claim.

Was it Necessary to Take Time Off Work?

Does the Company Have Worker’s Compensation?

Was Paperwork Processed On Time?

Will the Employer Argue the Injury Didn’t Happen at Work?

It is possible that an employer will try to claim the injury did not happen at work and, therefore, the employee is not entitled to worker’s compensation. In these cases, it’s important for the employee to make sure they take the time to gather any evidence that the injury happened if they are able to. They will want to speak with a lawyer so they can prove the injury happened while the worker was at the job and working. If possible, they will want to get video evidence from surveillance cameras or get witness statements as to what happened and how the injury occurred.

Are there Any Disqualifying Factors?

It is possible that there are disqualifying factors that will mean the worker needs to pay for their medical bills and lost wages on their own. This can happen, for instance, if the injury was caused by the worker on purpose to create a claim. The worker can also be disqualified from receiving compensation if they were under the influence of drugs or alcohol when the injury occurred. If there is a possibility that there is a disqualifying factor or the employer will claim the worker is disqualified from obtaining compensation, the worker will want to speak with a lawyer as soon as possible about the case.

Most people who are injured while at work are able to make a claim for worker’s compensation. However, it is important for them to seek medical attention immediately and to alert a supervisor the injury occurred. They will want to make sure they meet all deadlines and have the evidence necessary to show they were injured at work. If a worker needs any assistance with the process of filing a claim, they can speak with a lawyer about the injury. This will allow them to get the help they need to ensure they are fully compensated for the injury.

The Great Ray Ming PCB Assembly for Any Projects You Make

How to Save your Mobile Phone Battery Power during Vacation

How to find someone’s phone number with their name?

5 amazing apps for the sports lover

How a Concierge Officer Can Help Your Business

5 Tips for Making, Selling, and Marketing Your Own Products

Temping: The new trend for start-ups

Rory Brown, Managing Partner of Nicklaus Brown & Co., Weighs in on the Types of Lydian Coins

Learn how to develop a productive home office