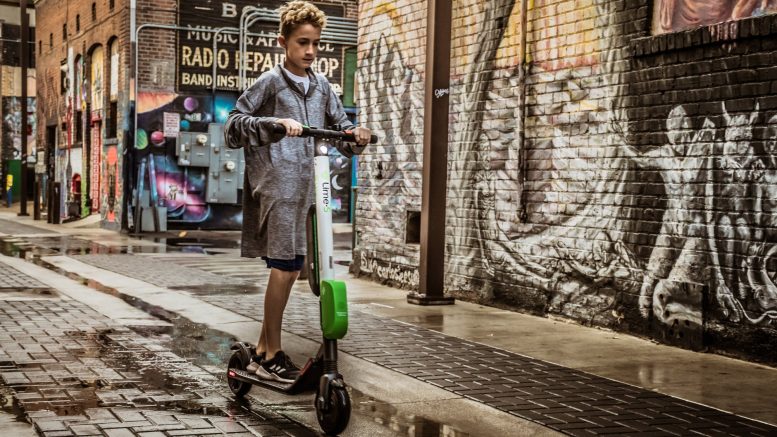 There are countless reasons why foldable electric scooters serve as a better option compared to motor vehicles and other means of public transportation like trains, buses, and more.

Taking into consideration how easy E-scooters make it for city residents to get to and from their destination, it’s never been as simple and convenient to get around.

While a convenient way of commuting is just one reason why people prefer riding E-scooters over driving cars, there are many more reasons why electric scooters benefit major cities around the world, particularly in the U.S. and in Asian countries.

Since the populations of these countries have significantly increased over the years, traffic has turned into a major problem. Traffic today, is one thing that everybody wants to avoid as much as they possibly can and mostly because it wastes a lot of time. Given that time is a valuable asset in this day and age, especially for working professionals, the E-scooter’s benefits just seems to get better and better, allowing you to get around without even having to sit in traffic.

How the Modern Electric Scooter is Improving Traffic

If thousands of city residents make use of an E-scooter, rather than a car, wouldn’t traffic be a breeze?

Yes. That is exactly why escooter is gaining more popularity.

E-scooters provides a mobility solution, that is supported by technological innovation.

Newly introduced mobility start-up companies for E-scooter sharing, including Lime and Bird, have introduced the trend of getting around cities fast. These companies have designed their E-scooter sharing system to be dockless, meaning that you can leave it pretty much anywhere for the next rider to pick them up.

Electric scooters are now also becoming popular in Europe and in more cities in the U.S.

Other than skipping traffic, E-scooters also promote active outdoor lifestyles and aids in the environment’s sustainability, which adds to its appeal.

Adding to a more sustainable way of getting around, E-scooter companies like Lime, have also created applications to support your ride. According to the app, every mile you travel only mitigates 350 grams of carbon.

Comparing this to the amount of carbon that is released by cars and public transportation in cities, electricity serves as a far more environmental-friendly option than gas-powered vehicles.

The Electric Scooter – A Solution for a More Sustainable World

Before E-scooters existed, Steve Jobs predicted that it would leave an even bigger impact on the earth, than computers would.

Considering the impact that technology has had on the environment, adding to its current and long-term sustainability, there’s no telling what the usage of more E-scooters can do for cities that are heavily polluted.

Over-populated countries, especially in Asia, have already benefited from electric scooters and electric bikes and serves as the best possible solution to reduce both traffic and their carbon footprint in the world.

Electric scooters are solving some of the biggest problems that we as humans are facing on earth during this century.

It is a solution to the cause of global warming, and while the current state of global warming cannot be reversed, it can be slowed down and even stopped, if more technological and sustainable innovations like the E-scooter are introduced to substitute for our current way of living.

Why it is Necessary for Cities to Address Environmental Issues

Urban and suburban areas have introduced a lot of concern regarding the safety of the environment.

Since the E-scooter has introduced a sustainable method to protect the environment by reducing the world’s carbon footprint. It should be adopted as a primary means of transport to not only sustain the current condition of the environment but also to promote a less-polluted environment in the future.

How E-Scooters Could Save the Environment

Since most of the average car uses all its energy to move the car itself, E-scooters will save a lot of energy compared to cars, especially considering that it weighs only around 28 pounds, whereas a car weighs 4,100 pounds. Since plenty of gas is required to move the weight of a vehicle, we can already see how much the environment will benefit by only making use of E-scooters.

Previously, motor vehicle manufacturing companies have struggled to find a cheaper means of creating affordable incumbent technologies that are powered by fossil fuels. However, the introduction of the e-scooter has offered new hope to manufacturers, as it provided a whole new way to power different means of transportation, and not only the E-scooter, which generally makes use of a rechargeable battery to operate.

The biggest problem with manufacturing cars, as well as the sustainable electric car, is the fact that it costs a lot of money. One average car, for instance, could purchase approximately 100 scooters and sustain the environment.

Although there are many reasons why people won’t or can’t ride E-scooters, including the rain, the wind, having to drive far distances or carry passengers, it serves as a much more economical option for households. However, thinking of cities like Beijing or New York where traffic is complete madness, E-scooters serve as a better option regardless of its setbacks.

E-scooters are far more efficient to use and to manufacture. In addition to not reducing the carbon dioxide and fossil fuels released from fuel-operated vehicles, an easier manufacturing process also significantly reduces carbon dioxide emissions.

Given that the production of one car creates seven tons of carbon dioxide emissions, there’s no doubt that electric scooters could be the answer to sustaining the environment, especially because cars are being manufactured every single day.

Who Has the Best TV and Internet Bundle in Ontario?

Everything You Need To Know About Phone Speakers

Why You Should Never Buy Used Tires

The Latest Gadgets to Release in 2018

What To Ask A Montreal SEO Agency Before Hiring

All the Information you Need on Protection visa Australia

Move One Step Ahead With Business IP Phones

Planning To Ship Goods? -10 Tips to Consider When Choosing a Cargo Shipping Company

How to Get the Most from Security Guard Services

7 Ways to Save Time with Tenant Buildouts

7 steps you should know before starting your business in Malaysia

What to Expect From an Ad Agency