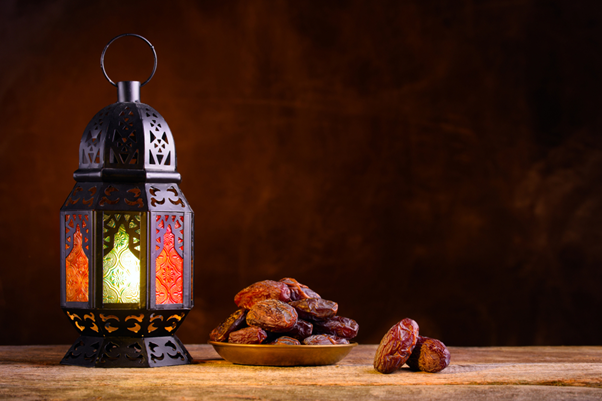 In the United Kingdom, Muslims make up approximately five per cent of the population, a number that is slowly growing and bringing with it the benefits of the great spirit of Muslim charity and generosity. Muslim organisations exist and operate all across Great Britain, providing important services and improving the lives of thousands of people, Muslim and non-Muslim alike. Charities of this kind provide many great opportunities to work meaningfully for the benefit of society as a whole, but for some outside the Islamic faith there may be terms, cultural references, and other nuances that could be confusing at best, and unnerving at worst.

To clarify and demystify, this glossary explores some of the more common words you might hear, with a particular focus on Islam’s charitable side.

Aqeeqa – The practice of shaving a new-born baby’s head and donating the value of its weight in silver to charity.

AS – An acronym that is supposed to evoke a blessing that is often written after the name of a prophet such as Ibrahim.

Eid-al-Adha – A special Islamic festival where Muslims remember the obedience of the Prophet Ibrahim and his willingness to sacrifice his son on divine orders.

Eid-al-Fitr – The ceremony that marks the end of Ramadan, usually characterised by a large feast. Muslims make a special donation at this time, Zakat-ul-Fitr.

Fidyah – A special donation that a Muslim has to make if they miss a day of fasting during the Holy Month of Ramadan for certain specific and unavoidable reasons. The donation’s value amounts to the cost of a single meal.

Iftar – The meal that is held at the end of the day, specifically after sunset, during Ramadan. Some Muslim charities offer donors the chance to pay for a single family or household’s iftar meal in another country.

Infaq – The habit of giving charity just to please God.

Kaffarah – A special donation that a Muslim has to make if they miss a day of fasting during Ramadan, but the reasons could have been avoided, and the Muslim in question breaks the fast knowingly. To make a Kaffarah recompense, a Muslim has three options. Fast for sixty days, free a slave, or pay for one meal for sixty people.

Nisab – The minimum threshold below which Zakat is calculated. If a Muslim owns less personal wealth than the Nisab, they do not have to give Zakat. There are two measures of Nisab, one based on an approximate handful of Gold, and the other based on a handful of Silver. Islamic scholars disagree about which of these is the closest to true Islamic charitable practice, and which Nisab is used will vary between communities and charities.

PBUH – An acronym standing for ‘peace be upon him’ often written in parenthesis after the name of the Prophet Muhammad, or one of the holy angels of Islam (Jibreel or Meekaal). This is sometimes written with the Islamic spelling of SAWS.

Qurbani – The ritual slaughter of an animal at the end of the festival of Eid-Al-Adha, that remembers the account in the Qu’ran of a prophet’s willingness to sacrifice his son on divine orders. Traditionally this was a form of Islamic charity, as the meat of the sacrificed animal was split into three parts, two of which were shared between the person who donated the animal and their friends and family, and the third was given to the local poor. In modern times many Islamic charities accept donations from western Muslims to pay for Qurbani animals to be sacrificed in other nations.

Ramadan – The holiest month in the Islamic calendar, when Muslims will fast during daylight hours between sunrise and sunset.

SWT – An Arabic acronym that often appears after the word Allah. When translated into English it means “Glory to him”

Ummah – The Islamic word for the worldwide community of Muslims

Zakat – The third of Islam’s five pillars, this is the rule that all Muslims must donate approximately one-fortieth, or 2.5%, of the value of their total wealth.

Zakat-ul-Fitr – A special extra donation given to the poor at the end of Ramadan in addition to Zakat. It is supposed to be enough so that Muslims can celebrate the fast-breaking at the very end of Ramadan in the ceremony of Eid-ul-Fitr

Islamic tradition has existed for the better part of fourteen centuries. As it primarily grew up in the Arabian peninsular, it may seem distant and confusing to many of us. But that does not mean that with a little study and concentration that understanding is impossible. Once a small language bridge is jumped, you will likely find a lot of commonality in our cares, concerns, and passion for charity.

Things to Check to Get the Best Desktop PC

The Right Way to hire a Ghost writer for your Blog

Best websites to hire Web Developers In No Time

Sheet Metal Working and Its Applications

Where to Find the Best Pro Shop Work Gear

Gadgets and Their Rising Importance in Cooperate Events in 2019

The Use of Concept Map Maker by Mindomo in Life