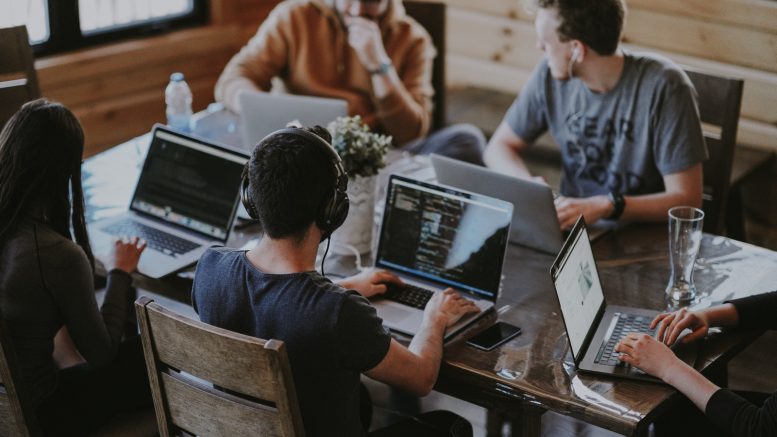 In 2019, JavaScript is one of the most popular programming languages. According to StackOverflow’s 2018 Developer Survey, 69.8% of developers say they use it more often than any other language, and the same goes for Javascript development companies. And given that the 2018 State of JavaScript Survey reveals that it has improved and evolved every year since its inception, its popularity looks set to continue.

Of course, no programming language is without its trends and spin-offs, particularly when web development as an industry continues to grow exponentially. Let’s take a look at some of JavaScript’s expected trends for 2019:

According to tech sourcing company, Devskiller, 70% of companies want to hire JavaScript developers.

JavaScript is a cornerstone of web development. It’s power and flexibility mean that it’s consistently implemented by web browsers. Given that it can be used in both front-end and back-end web development and follows standardized scripts, it’s a fairly easy technology for developers to adopt.

React Will Continue to Dominate Front-End

Developers who use React like its elegant programming style and patterns. Its speed, documentation and rich package ecosystem make it a solid choice over newer JavaScript libraries that carry more risks.

In 2019, React will continue to dominate front-end development, particularly with the introduction of a new feature called Hooks. The feature allows developers to use a range of React’s features without writing a class, making it much more intuitive.

Take a look at this video from React Conf 2018, where the React core team introduce the new Hooks feature:

Vue.js Will Rise to Challenge React

One of the main alternatives to React is Vue.js, another opensource JavaScript library. It’s a clear and simple framework that enables developers to build APIs quickly without learning a lot of new concepts.

Node.js Will Increase in Popularity

Last year’s Node.js User Survey revealed that 85% of developers used Node for their web applications and almost half used it for enterprise applications. These are both encouraging statistics that demonstrate the widespread use of the framework. The survey also shows that most developers expect to increase their use of Node over the next year.

Node.js is is free to use and can be run on many different platforms (including Linux, Windows, and Unix). It also offers good memory efficiency, which makes working on multiple projects smoother.

It’s also having a very positive impact on businesses, with 68% reporting that it has increased developer productivity and 62% reporting it has improved developer satisfaction. Node also reduces costs and increases the performance of applications. As word spreads, we expect Node.js to continue to grow in popularity.

REST API has gained a reputation for being able to solve a number of issues, including extending the lifecycle when handling requests and determining the best way to write code when there are several options.

However, GraphQL is fast becoming a viable alternative. In fact, the 2018 State of JavaScript Survey found that developers who use it, cite its growing momentum and popularity as one of its best features. It also integrates easily with React.

We only need to look at what companies are using the language to see how popular it has become. Software platform Apollo has implemented it into their framework and the company’s CEO recently reported at the 2018 GraphQL Summit that it’s now being downloaded 500,000 times per week, compared to 10,000 times per week last year.

TypeScript Will Continue to Rise in the Language Ranks

Github’s recent Octoverse Report analyzed the top languages used on its platform. In addition to JavaScript having the most contributors all over the world, the data revealed that TypeScript is now the seventh most-used language on the platform.

TypeScript is a strongly-typed version of JavaScript, which means it benefits from type inference.

In summary, here are the JavaScript development trends we expect to see in 2019:

Be the first to comment on "JavaScript Development Trends for 2019"

Software vs Application: Knowing More About the Difference

How to Unlock SIM card of Android Phone and Tablet

Responsive Vs Adaptive Web Design- Which One is Best

The Best 8 SEO Trends That Will Dominate In 2018

Here’s How 5G Will Change The Way We Live

Event Marketing is a Team Effort

How good are your chances of winning a case with a professional car accident lawyer?

Surefire Tactics To Keep Your Employees Motivated And Enthusiastic

The most ineffective policy in the field of jobs for editors: paying for the number of corrections they make

Open Business in Abroad, Why Not?