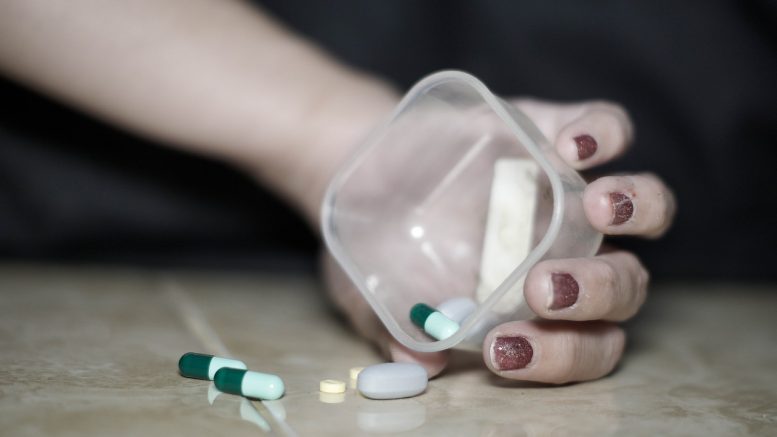 A Brief Overview of NSI-189

In recent years, NSI-189 has attracted global attention from the scientific areas and become one of the most promising compounds for treating depression. Phase 2 trials had been conducted in 2017. So, does NSI-189 become the most effective nootropic for depression?

NSI-189, also known as benzylpiperazine-aminopyridine, comes into the medical field as a new orally molecular entity, a new antidepressant, and a cognitive booster. In recent years, NSI-189 has been tested for its major use for depression. In addition, it also treats cognitive impairments and brain degeneration. What’s more, it may positively improve specific brain regeneration. As individuals need, Hohance provides high-quality nootropics including aniracetam, piracetam, NSI-189, etc. NSI-189 owns a specific CAS number of 1270138-40-3. You can search it on Hohance as well.

How NSI-189 Works in the Brain

Theoretically speaking, NSI-189 works efficiently to stimulate neurogenesis of human hippocampus-derived neural stem cells. It is speculated that the therapeutic effect of NSI-189 actually comes due to hippocampal volume increasing. NSI-189 activates the brain to grow new healthy cells for neurogenesis progress. As individuals know, it is neurogenesis that plays an important role in learning, emotion, stress, memory, depression and other conditions. For its neurogenesis benefits, NSI-189 is regarded as a new antidepressant for depression.

How NSI-189 Helps in Treating Depression

According to the results of the World Health Organization (WHO), there are 300 million people around the world suffering from depression. It is believed that pressure might be the cause of depression. Individuals are under multiple stresses from their jobs, housing loans, automobile loans, children’s education, etc.

On the basis of observed experimental results, NSI-189 is supposed to lead a neurogenesis growth in human beings’ hippocampus. Actually, it enables to increase hippocampal volume by ~5% through neurogenesis. Thus, the neurogenesis of human hippocampus-derived neural stem cells come back to a balanced stimulation. This is how NSI-189 handles depression.

Comparison between Traditional SSRIs and NSI-189

As a common and traditional antidepressant, SSRIs-selective serotonin reuptake inhibitors primarily create an increase of the neurotransmitter serotonin. Serotonin is one of the chemical neurotransmitters which carry signals among brain cells. SSRIs tend to block the reabsorption of serotonin, freeing more serotonin available. This is their primary mechanism of action. In most cases, doctors prescribe SSRI for a few weeks or a month. Patients take it regularly to reach optimum efficacy eventually.

By contrast, NSI-189 stimulates the brain to grow healthy cells at a faster rate than unusual. This means that NSI-189 could potentially repair damaged or missing brain cells. Because depression mainly appears with decreasing neurogenesis in the hippocampus. According to Neuralstem’s brain slice assay, NSI-189 can directly and powerfully boost brain functions in a few hours. It shows that NSI-189 triggers a specific molecular pathway within hours and its effect is cumulative.

Side Effects from NSI-189

No antidepressant benefits without any side effects, neither do NSI-189. In terms of its adverse effects, that may include dry mouth, palpitations, headaches, dizziness, sleepiness, fatigue, restlessness, poor quality of sleep, nightmares, insomnia, hyperthermia, nausea, skin pain, etc. When severe symptoms occur, maybe you should reduce the dosage. Undoubtedly, patients should be clear about what they are going to risk. For the sake of their health, they are supposed to consult with their healthcare providers in the first place.

It is the fact that the hippocampus also handles mood and consolidation of information from short-term to long-term memory. It indicates that not only is NSI-189 helpful for depression, but also NSI-189 could be used as a nootropic to improve cognition and memory.

What more, in oxygen-deficit stroke, NSI-189 may enhance motor function and hippocampal deficits owing to the following increasing of neurotrophic factors like VEGF, BDNF, GDNF, and SCF.

If you need it, Hohance may help you to figure it out. All the wholesale Hohance chemicals come into the global market with certificates of SGS and ISO. In fact, Hohance has gained continuous trust and support from its cooperative partners in the world. Global vendors all prefer Hohance’s NSI-189 for its high purity and safety.

Be the first to comment on "Is NSI-189 the Best Nootropic for Depression?"

How To Run Windows on A Mac With Parallels Desktop

Smartphones Which You Shouldn’t Miss in 2019

How Do Commercial Drones Work

Wish Your Website Got More Traffic? This One Strategy Can Help

The Use of EHS Software for EHS Discipline+-

5 Inexpensive and Successful Digital Marketing Strategies to Apply in 2019!!

What First Time Home Buyer’s in Maryland Should Know

When to lock in Mortgage Rates in Oregon; 6 Signs it’s Time

The Advantages and Disadvantages of Having GPS on your Phone!

If You Are Having DWI Trouble, DWI Lawyers Provide Protection

How could you hamper your Chances of Winning a Fair Compensation Claim?

5 Tips for Designing a Modern Office

The benefits of Delivery and receiving flowers floraqueens