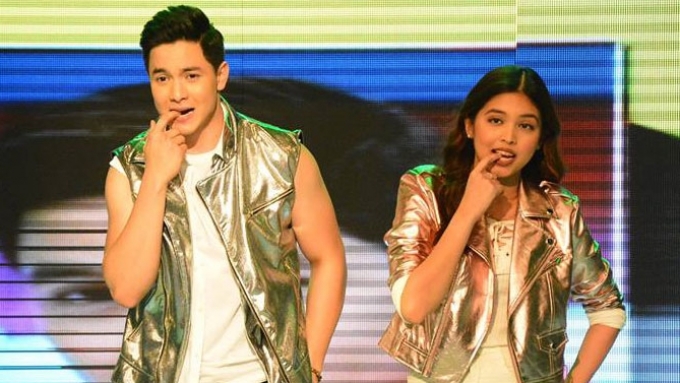 Don’t we all just wish that our on-screen love teams would actually get together in real life? Well, #AlDub fans, wait no more, Alden and Maine relationship status is revealed!

Maine Mendoza, the Kapuso actress has finally made public her true status of relationship with her on- the – screen partner Alden Richards.

Nicomaine Dei Capili Mendoza who is known by her fans as Yaya Dub, is a Filipina actress and popular television personality who gained a lot of her popularity after teaming up with Alden Richards; the Kapuso actor on the Kalye Serye section of the longest running midday show ‘Eat Bulaga.’

People have been realizing the negative and positive reactions that have been evident within the AlDub Fandom since 2015 for approximately two years now. The twenty-two-year-old celebrity went ahead to publish an open letter to all her fans so that they could know the true status of her relationship with Alden.

In the letter, she begun by thanking her funds for the unceasing support that they grant her. Kapuso also thanked her fans for the blessings she got from them on her various projects. Mendoza did not forget to express her disappointments and frustrations to some of the fans who made her feel like living in a box. She took this opportunity to explain that Alden and her are just friends. She described their relationship as that of a love team. Kapuso also send her apologies to all the individuals who receive criticisms because of them. In fact, she says that some of the fans will hate her by the end of the letter.

The country’s favorite love team have just made people swoon all over again with their recently released movie, Imagine You and Me. Especially after Alden Richards left the world hanging when he declared that he and Maine Mendoza, more popularly known as “Yaya Dub” have a “mutual understanding” when they appeared on CNN Philippines. It is good to allow the public to know the truth and avoid any form of speculations.

I know we’re all hoping for the same thing: “Sila na ba?” (Are they together?). But the truth has now come out!  In an interview with PEP.ph, Maine sheds a little bit more light towards her relationship with the “Bae ng Bayan”. Most people have been waiting for these sentiments for the last two years.

On the bright side, Maine seems to okay people tagging their relationship, as being a mutual understanding, saying that it’s up to the people to interpret what that means. She further explains her relationship with Alden is deeper than before. But wait, there’s more, the pair also go on dates “every once in a while” (how cute is that?!). I don’t know about you, but I can definitely smell romance in the air. May be there could be something on the way coming but it’s not us to tell. Let’s take it as it has been explained and give them enough time.

Maine also tells us what her ideal guy should be like. She says that she looks more at the character of the guy rather than at his physical attributes. He must be a gentleman, respectful, kind, and understanding. (Can we just say, Maine, that Alden has both?) When asked if Alden fits the match, Maine laughingly answers that he does. This means that something could be cooking but it’s not yet time to make it open. Let’s take them as good friends for now because that is what we have been told as we wait to see what the future holds.

The actress was not afraid to reveal the status of their relationship even though she was sure that she would lose some of her fans because of this open letter. But it is always good to let people know the truth even if you think some of them won’t be happy. It was one of the bold steps to take and she even says that she is not sure of the best way to do it. All in all, we have heard from her and all we need to do is respect her opinion. She has put her sentiments on her blog in form of a letter and also in an interview. That’s what we know until she tells us otherwise.

Be the first to comment on "PH news: Alden and Maine reveal status of their relationship"

How to get best gun safe under 500 dollar?

Simple and Effective Tricks to Increase Your Website Traffic

Why do we need mobile advertising platforms?

﻿Uber/Lyft Lawsuits On The Raise, Be Prepared

Stop Mail Delivery Until You come back from Vacations

How to avoid costly mistakes when growing your business

How to Make Profits with Blogs

Protecting your business from financial crisis