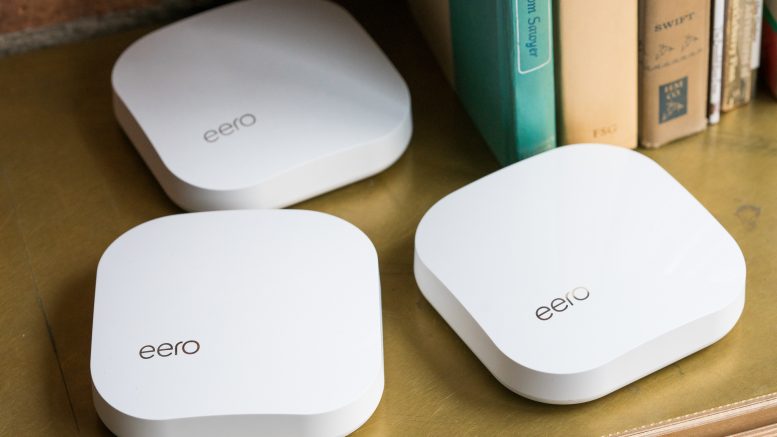 Wireless mesh routers have been gaining traction in the past few years. This emerging technology quickly attracts many attentions due to benefits that it offers. By using this wireless network, connecting seamlessly with everyone around the globe without speed or connectivity issues can be a reality. In the past, this might seem impossible even in your wildest dream.

The breakthrough was made when the mesh network technology was introduced to public. Not only does it make seamless connection a reality, it also makes it outdoor WiFi concept available. Yes, this particular technology does indeed give users the ability to effectively and easily connect to the available wireless internet. Something that was far from possible.

Unlike traditional router networks, mesh routers do not rely on either a number of wireless hotspots or wired access points. The latest technology found in mesh router networks is the use hundreds of wireless mesh nodes. When internet is in use, the information travel from one particular router to another until they reach the destination. With the wireless mesh technology, speed and coverage are not to be questioned.

Other than speed and coverage, there are other myriad of benefits –affordability and convenience. There is no need to deal with the complexity of wire installation around the areas. The elimination of wires significantly cuts down the cost. All you have to do is put the mesh network system in one area, and start the configuration stage. In no time, your mesh routers will be ready for use. Are you interested but not sure of which one to pick? Check out our recommendation below.

This particular mesh network boasts multiple integrated routers to effectively produce optimum speed while eliminating dead spots in the area. As the pioneer of wireless mesh router in the industry, it’s not difficult to determine its quality and capabilities. The Eero, even its earlier version, has a myriad of great applications and features.

The latest Eero Home WiFi Network System has the ability to create a seamless network and stable connectivity simple setup. Dead spots are completely taken care of, and the connection is sped up quite wonderfully. In a distance of 15-feet from the network system, the internet speed bumps up to 375Mbps. That is a 175Mbps difference compared to the normal speed.

Another highlight from the Eero is its versatility. With elegant design and sturdy built you may hang the extenders right directly of your AC outlet. Featuring built-in nightlights, you do not need cords whatsoever to set it up. With so many of incredible benefits and convenience such as this, you certainly won’t be disappointed. Eero Home WiFi mesh routers is simply a WiFi mesh router that works.

Eero may have just recently been in the spotlight due to its brilliance. However, Orbi is not far behind. The fact that Netgear always makes it a point to bring an upgrade to its devices surely is refreshing. With Eero, each of their units are always nearly identical. But not with Orbi, the brand always rolls out two devices that looks similar, yet each has its own role to fill.

Using a separate 5GHz quad-stream band, the Orbi system connects to the main router and its satellite unit with the speed of 1.7Gbps. This means that you will not experience signal loss whatsoever. This is made possible largely due to the fact that both extender and router are connected to their own band. On top of that, you also get additional 2.4GHz and 5GHz client bands.

The Orbi is well known as one of the most affordable options on the market. With its compact size, the mesh network system is still able to squeeze out an incredibly stable WiFi performance. Not only that, the Netgear Orbi is also equipped with a large variety of useful features to boost user experience.

Unfortunately, Orbi’s web interface is rather sluggish compared to its competition in the industry. It is also not equipped with built-in system protection to eliminate risks of cyber attacks.

This particular network system may not be perfect. But for the price and capabilities, Orbi is still one of the most excellent option to buy. Other than these two router networks, Googly WiFi and LinkSYS Velop are also among two of the best mesh routers for you to choose from.

Be the first to comment on "WiFi Mesh Routers: Benefits and Recommendation"

Be Prepared for May Showers with These Semi Truck Accessories

Gone Phishing: How Hackers Target the Human Behind the Keyboard

Apple’s iPhone XR is the Most Popular Phone in the UK, But Samsung Still Dominates Europe

When Should Tires Be Replaced?

Why You Should Use a Recruitment Consultant for Your Job Search

Important Factors to Consider When Choosing an Ad Agency in 2017

How Professional Water Heater Repair Can Save You Tons Of Money

Sales and MBAs: A Perfect Match

PitStopArabia – a Trusted and Authorized Car Tyre Dealer in UAE

Common Types of Managed IT Services