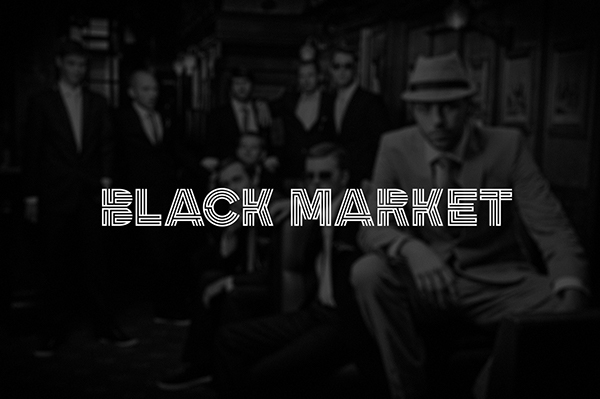 Deep web is a hidden web which is not meant to be accessed by each and everyone. This is why it is hidden and cannot be accessed by your day to day browsers. You need a special browser to be able to access the deep web. But why is it hidden? This is because of the fact that it consists of some illegal and criminal things. Not only things, you can get even the actual criminals here. Also, there are a lot of scams, spammers, viruses as well as malware which are a big threat to your security when accessing black market websites.

But this doesn’t mean that there is any kind of restrictions on accessing the deep web. Rather, anyone can access the deep web if they want to and if they are willing to take the risk. Now as dangerous as it may sound, but if you are well aware of which things to stay away from and how to be careful over the deep web, then there is nothing to worry about. You can get some great deal over the deep web which you can’t find anywhere else. There are some great dark web market websites over the deep web which gives some great stuff to buy from. These are very genuine sites with a huge number of users including the buyers and the sellers. Although most of the stuff here is illegal, but if you don’t care much, then you should definitely visit these sites. Let us now take a look at some of the best black market websites.

It is one of the biggest deep web marketplaces that you will come across. It was launched just a couple of years ago but since then has become quite popular amongst the users. It has around 230,000 users currently including the buyers and sellers which speak volumes about its popularity. Off late, a lot of spammers have tread their way into this marketplace due to its imminent rise and increasing popularity, but if you are careful in your transactions and avoid these spammers you are good to go and have nothing to worry about on this black market website.

As the name suggests, the outlaw market is specifically for the outlawed goods. It isn’t as big a marketplace as some of the other players, but it is still quite good as you can get some really quality stuff here. It was established only recently in the year 2013 and has kind of mixed reviews. But the reviews are improving as the time progresses and this marketplace is starting to find its feet amongst the elites as well. The biggest community present on this black market website is that of the Dutch’s but the other communities are soon joining in as well.

Its name appears as if it is some sort of a sports league, but that is not the case of course. It is not any kind of fantasy league but a black marketplace where a small group of vendors are present. Now don’t go on the numbers because these vendors may be less but are very genuine because they have been invited to come here and sell their products. The user interface of this black market website is also quite good as well and even newcomers will find it easy, clean and attractive to use.

It is one of the most renowned marketplaces on the deep web. The best thing about this is that it has some stringent security measures in place to keep the users safe from any sort of spam. It almost guarantees that there is no chance for anyone to cheat someone and runaway with their Bitcoins including both the vendors as well as the site itself. This safeguards the users against the exit scam and makes it one of the best black market websites to deal in.

Apple Market is one of the latest and the modern markets on the deep web. It offers the users multisig transactions as well as the option for paying their escrows. Digital items as well as drugs are the two most common things found in this marketplace and it is no surprise that these things find the highest number of sellers as well as buyers in this marketplace. Besides this, a variety of weapons, counterfeit identities as well as counterfeit bills are also available for sale and purchase here.

The real deal has slipped down a bit but it used to be a top black market site once and still has its charm amongst the users. This marketplace place deals in private exploits, source code, DNM products as well as hardware products. Besides these, drugs alongside DNM products are heavily listed in this marketplace and find a lot of users. The UI of this site is very clean and easy to use and transactions over here are mostly secure.

This is another great black marketplace website. It has seen a major increase in its users over the last few months and has become one of the hottest and the most active black marketplace on the deep web off late. It is maybe because of the fact that this marketplace is quite unusual and different from the others. Here you find a lot of eBooks and digital products and goods which are generally related to fraud, hacking and security etc. Unlike most other marketplaces, the listing of drugs is significantly lower on this marketplace. Cannabis and other related stimulants are the only drugs which are listed here.

So we have seen that there are a number of black market websites over the deep web. But you should only visit the best amongst them to be safe with your transactions and to find great products. Some of the best black market websites have been listed above. Just visit any of these and get some great deals safely.

Be the first to comment on "Top 7 Black Market Websites"

How to set CPU Priority to Prefer Foreground Apps Windows 10?

How to design the best baby stroller for travel

What’s better: Truck Accessories From A Dealership Or An Independent Shop?

The Demand for UX Designers In 2020

Amazing Guide to getting started in Web Design

7 Secrets to Stay Motivated At Work

The Benefits Of Hiring Tree Services In Evanston

WAYS YOU CAN RECYCLE YOUR PHONE

5 Things A Great SEO Agency Will Do for Your Business

Tips on Selling Your House All By Yourself

United States: Expert Tips on  Why You Should Sell Your House in 2019