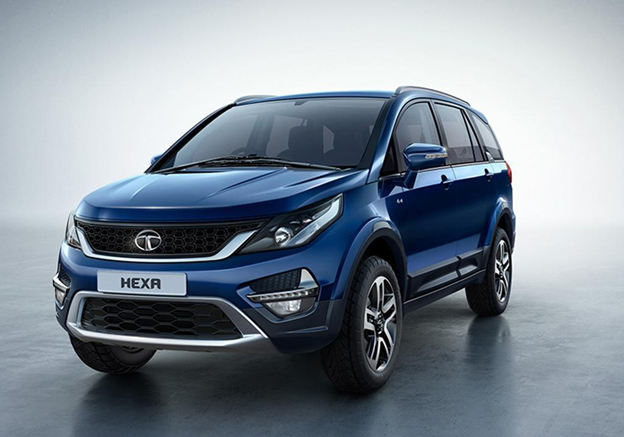 Tata Motors has showcased remarkable resilience in the past couple of years with its new range of products, ranging from sedans to premium SUVs. The Indian auto industry, too, has gone through a plethora of technological innovations and Tata has done really well to stay in the fray. Being one of the two home-grown automakers, besides Mahindra & Mahindra, the company gave the glimpse of its new-gen vehicles at the 2014 Auto Expo, when it showcased the Zest sedan, Bolt hatch and Nexon sub-compact SUV. The Hexa, though, debuted a year later at the 2015 Geneva Motor Show in Concept form. Just so you know, new-gen vehicles comprised of three fundamental vectors: DesigNext, DriveNext and ConnectNext.

Tata Hexa, often dubbed as Ex-Tata Sons Chairman Cyrus Mistry’s baby, is all set to take the centre stage on January 18, 2017, in the country. It is being touted as a successor to the mediocre Tata Aria, which failed to meet the expectations and was a dud altogether. The Tata Hexa had its first public appearance in the country at the 2016 Auto Expo, where it received humongous appreciation from the visitors, aficionados and auto pundits. Flaunting the new IMPACT design philosophy of Tata Motors’ after the Tiago hatch, it has several breathtaking exterior elements in the form of a dual hexagonal patterned ‘Humanity’ front grille, smoked projector headlamps with daytime running lights (DRLs), 19-inch machine-cut alloy wheels, wraparound LED tail-lamp cluster, roof rails, etc., to name a few.

Tata Motors never had a great reputation for the plastic quality and equipment in the cabin. The company’s vehicles were always perceived to boast of substandard interiors. However, with the arrival of Hexa, this negative perception is going to change rapidly. How? Get in the cabin, and the things that instantly catch attention are the ostentatious leather seats and ambient mood lighting. The Harman-developed ConnectNext touchscreen infotainment system is truly awe-inspiring and out-of-the-box stuff, which comes with Smartphone integration, NaviMaps App and Voice command functionalities. Moreover, there is a 10-speaker JBL sound system, comprising of 4 door speakers, 4 tweeters, a centre speaker, sub-woofer and a power amplifier to make the journeys really memorable. From the driver’s perspective, the 3.5-inch new-gen twin pod instrument cluster with TFT screen is icing on the cake.

Of late, the Indian authorities at the helm of affairs have started paying attention towards the safety features in the vehicles due to numerous road accidents resulting in casualties. But with Hexa, one can indulge in the vibe of safety within due to inclusion of certain trustworthy features, like 6 airbags, Electronic Stability Program (ESP), Anti-lock Braking System (ABS) with Electronic Brake-force Distribution (EBD), Hill Hold Control (HHC) and Hill Descent Control (HDC), Traction Control System (TCS), Reverse Parking System, etc. Unquestionably, Tata has incorporated some of the finest safety features in the Hexa and it is one aspect where it deserves admiration.

After detailing the cosmetics and features, let’s talk about the mechanics that drives this beast. It is powered by a 2.2 L 4-cylinder VARICOR 400 diesel engine that unleashes a maximum power of 153 bhp and peak torque of 400 Nm. It would be offered with the options of 6-speed manual and 6-speed automatic transmission. A special mention goes to the Land Rover Discovery Sport-inspired terrain selector system with four driving modes: Auto, Comfort, Dynamic and Rough Road. For those curious, the 4X4 drive system would be available in the top-end variant of Hexa SUV. The bookings of the SUV are in full swing and it has been learned that it has notched up nearly 1000 orders, as of now.

The Indian auto industry is among the top five auto industries in the world; coincidentally, Tata is also among the top five auto manufacturers in India. Basically, every product coming from the stable of Mumbai-based automaker, somehow, impacts not only the Indian market but also the international markets. The company, at one time, had a market share of around 10 percent in the country, with the likes of Indica, Safari and Indigo doing exceptionally well. However, this affluent phase didn’t last for too long, as, going by the 2016 records, Tata had a market share of mere 3.5 percent with majority of the products under-performing, especially the SUVs. Hence, all sights are now set on Tata Hexa, as it is seen as an instrumental vehicle in deciding Tata’s fate for once and all, at least in the SUV segment. Folks at the forefront of Mahindra would keep their eyes wide open as it directly rivals the Mahindra XUV500.

Be the first to comment on "How Tata Hexa would impact Indian Auto Industry?"

The Most Anticipated PS4 Games of 2017

Why do players wish for boosting in valorant?

Plug It In! 5 Awesome Office Gadgets That Connect to Your USB Ports

Avoid your information getting stolen through online

5 Expenses to Consider Before Starting a Business in College

Should You Hire SEO Companies In Tulsa?

How your small business can benefit from bookkeeping services

10 Effective strategies: How to promote your blog

Why a Dehumidifier is Best for Car Owners in Winters

How to make a memorable brand for your food truck business?

4 Tips for Renewing your Home this New Year