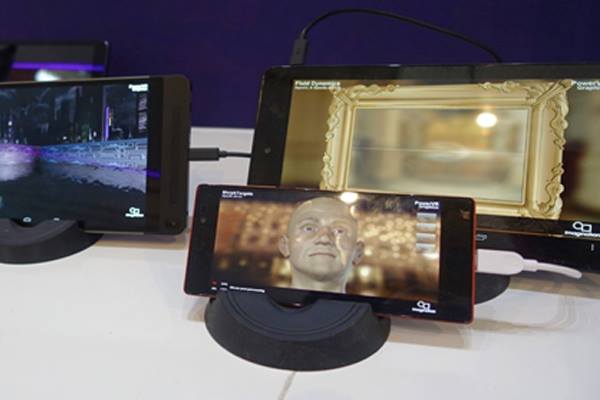 “The launch of Vulcan APIs is claimed to be the dawn of a new gaming era.”

The statement hides numerous perceptions and expectations beneath its cover. With the very announcement, Vulcan API started gaining the attention and for all the good reasons. However, no new release can go ahead without any debate, and the statement mentioned above became the point of discussion.

What’s the chaos all about?

Initially named as OpenGL next, the all new Vulcan API soon found a new name for itself. The Khronos group started working on a new graphics API somewhere in July 2014, the result of a kickoff meeting at Valve Corporation.

However, if we go with the US Patent and trademark Office, Vulcan was filed on February 19, 2015.

No milestone is achieved overnight

The Vulcan API had to travel a long way to get what it deserved. The boulevard attained its first benchmark on 22nd August 2016 when Google announced that Android Nougat will be supporting Vulcan.

After this, it never looked back. On December 2016, Unity announced that the version 5.6 of their game engine will support Vulkan. The news got followed by Croteam’s recent announcement to adopt Vulkan API in its games to make their games cross-platform friendly.

Why Vulkan API is considered as a game changer

Unlike other introduction into the tech world, Vulkan isn’t targeted to ‘make things faster’. Instead, it is intended to lower a number of work drivers do. This is the primary reason why Vulkan API is getting the entire attention and appreciation. And also, mobile app development become more interesting with vulkan APIs.

Though the 3D graphic platform is developed for everyone, but it’ll highly benefit the developers who will be using it to create 3D content. This includes content for video games, applications, and other platforms.

Being quite loyal, Vulkan is a platform that comes fully loaded with positive points. However, to list some here are some important points:

As mentioned earlier that Vulkan’s major focus is on reducing the driver’s load. It is designed to decrease CPU usage without compromising with 3D graphics performance across all platforms. The newly released API takes the performance level a step ahead with this benefit. It can handle multiple CPU threads effectively without any hustle.This eventually enables it to resolve the CPU bottlenecks, which is the reason why many OpenGL applications suffer.

When we say simplicity, we intend to talk about the ease in operations that the developer using it will have. Though Vulkan takes operations and performance a level ahead of its predecessor OpenGL. This is another major benefit which eventually attracts more tech-savvy developers to use Vulkan for their fantastic ideas.

While the Vulkan API delivers all the above-mentioned benefits, it also improves graphical capabilities. This is the major reason why not only the video games like The Talos Principle, Doom, Roblox use it. Not only the video games, but game engines also have Vulkan integrated into them. To name a few we have Unreal Engine 4, Torque 3D etc.

With every passing day, Vulkan API is getting more and more response. The recently released development tool GTK+ Scene Graph Kit, which is a part of GTK+ 3.90 has a Vulkan Rendering Path in it. Looking at its growth rate and ease in operations with uncompromised graphic quality, we can definitely expect it to take a massive space in the world of gaming and development.

Shahid Mansuri co-founded Peerbits, one of the leading mobile app development agency India, in 2011. His visionary leadership and flamboyant management style have yield fruitful results for the company. He believes in sharing his strong knowledge base with leaned concentration on entrepreneurship and business. Being an avid nature lover, he likes to flaunt his pajamas on beach during the vacations.

How to Find the Best Gaming Desk

Get your Car cover from the car Auto covers

Gaming Headset vs. Music Headset Understand the difference to buy the right product

How to Better Understand Your Customer

How to get rid of bed bugs – Heat treatment

3 Inverter With Battery Prices To Check In India

Career In Forklift Operation: Everything You Need To Know