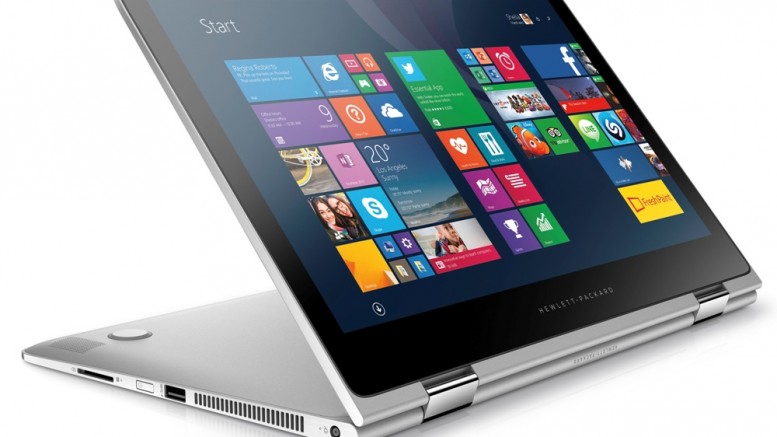 Small laptop has its own downsides, from uncomfortable keyboard to uncomfortable viewing, but the new Spectre x360 from HP breaks the stereotypes. A slightly larger version of Hp’s older version of x36, this laptop is still considered super thin and light for its screen size (this one has 15-inch screen size). HP Spectre x360 also has several perks, such as comfortable keyboard, wider viewing experience, and the one that will make you happy: long battery life.

HP Spectre x360 has lots of upsides, although not as fulfilling as your possible expectations when seeing the smaller and thinner model of the laptop compared to the previous one. However, this is a quite well-rounded and comfortable gadget to use. You can get wider viewing, better typing process with more comfortable keyboard panel, and decent processor performance, including for installing various Windows updates. This is a perfect laptop if you use it for work or study, especially if you make lots of graphics, diagrams, or slideshows.

Here are the main features of HP’s Spectre x360:

Hp’s Spectre x360 only weighs about 4.05 pounds, which is lighter than most 15-inch laptops. Also, it is about 0.63 inches in thickness, again thinner than most products with the same screen size. This means you can bring it easily anywhere, grab it with hand, or put it with all your stuffs in your bag. The overall design is also quite modern and compact at the same time, with rounded edges and 360-degree of lie angle.

The Pros and Cons of HP Spectre x360

Despite having larger size than the previous product, HP Spectre x360 is light and comfortable to use. The keyboards are a bit shallow, but very quiet and ergonomic when used for a lot of typing. The screen also gives you wider viewing angle, which is great to watch video, play games, and read e-books. The sound systems are also modest and balanced, without leaning too much on the bass. Finally, the laptop has surprisingly long battery life; you can get as much as 10 hours of battery life from x360.

However, the wide screen size and perceived powerful performance from the laptop’s size also poses some downsides. If you are a type of person who thinks that smaller, thinner laptop means more sophisticated performance, curb your enthusiasm a little bit because it is not the case. The laptop does not have significantly improved performance compared to the previous model. Also, the wide screen size can influence the graphic quality at some times. There is also slight problem with the touchpad, which can be a little flaky sometimes.

Despite a few flaws and absence of improved performance, HP Spectre x360 is a great 15-inch laptop for you who want better viewing experience, comfort in typing, and long battery life to support your activities.

Smart Home Technology Gadgets That Will Leave You Spellbound

Smart Project Management Tools are the Future of Work

Be the first to comment on "HP Spectre x360, the Best Laptop for Comfort and Battery Longevity"

Skills That Every Web Design and Digital Branding Agency Should Have

Timing is Everything: Online Business Owners Need to Know When to Hold and When to Sell

Kleding AfterPay: the Benefits, and What It Has to Offer

How to Keep The Loyalty of The Employees

How Your Stationery can Help with Business as Brand

Why Small Businesses Should use Explainer Videos

How to Be the Best Employee in the Simplest Ways

Refrigerated Air Dryer: What Type Do I Need?