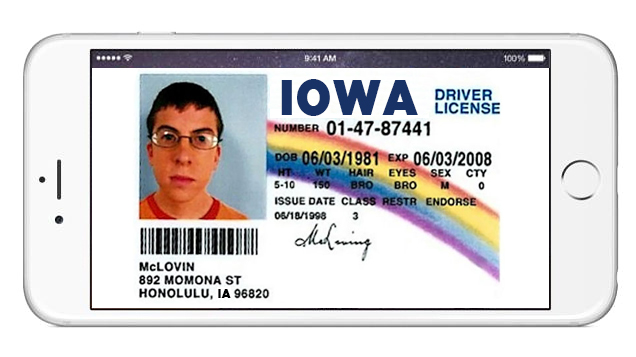 Modern technology in digital era always give helpful functions for the people in all over the world. Everything seems easier in the digital era. People can access many things as simple as the touch to the smartphone screen. There are many digital technologies that have been created and become helpful for all people.

The New Technology of Digital License

This is one of the digital technologies that will be helpful for the modern people; digital license that will be accessible through smartphones New South Wales is the first place that will use the technology and it will be firstly launched in 2016.

The NSW Minister for Finance, Services and Property named Dominic Perrottet just announced that the first license that will be made digitally is recreational fishing license, gambling conduct licenses, and alcohol responsible service. However, one license that is mostly wanted; driving license, will be available digitally in the last. The estimated time is in 2018.

The minister said that the citizens and government of NSW are mostly mobile and using digital technologies in 2015. The new technology of digital license will make you free from clogging wallet for too many plastic cards stored inside. He added that the physical licenses cards will be still available. However, you will no more need a driving license in your wallet soon in the future. It also means that you don’t have to wait for hours to make your physical card licenses renewals.

The minister also revealed in the Conference on Government Innovation that the digital licenses will also allow the citizens to apply, display, update and make new licenses simply from their smartphones. The information of the real time is also provided.

Some people ask the questions about the safety of the digital licenses. For the concerns, the minister said that the new system of licenses is also provided with appropriate safeguards. It will make sure the users about the validity and security. However, the technology for the safety is not specified yet. The NSW government should make some process to make perfect the innovation. So, the people will feel sure that they have digital licenses that are safe from hacking, ID thefts, etc.

Therefore, just wait for the new technology of digital license. It will ease everyone to bring all licenses without a need to have a bulky wallet where the plastic card licenses are placed.

4 Cloud-Based Tools All Project Managers Must Use

Learning The Basics Of Computer Safety

Factors to Consider When Choosing an Airport Transfer Company

Virtual Cloud Desktop is the Future on Computing

Why do you Need SEO Training for Your Business

Tips To Travel In Style With Hummer Hire Services

How Label Printers Can Improve Your Work Processes