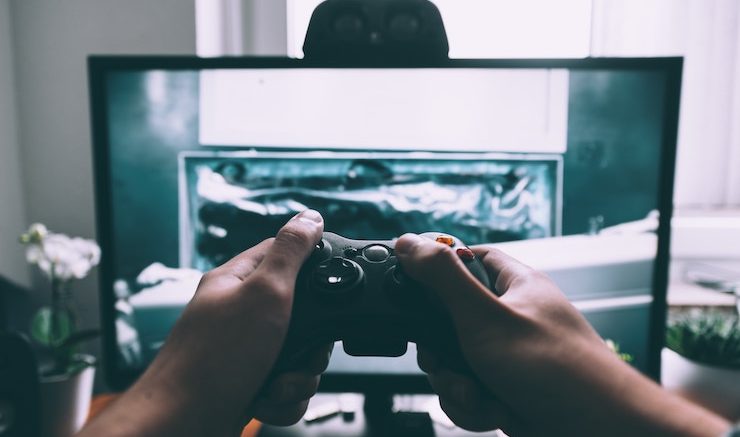 Competitive video gaming has come a long way from the days of introverted teenagers sitting in their parents’ basement.

It’s now a global sport supported by an international and multi-billion dollar industry. Look no further than the latest news from Japan, which just announced its first professional eSports team composed entirely of people aged 66 years and older.

The Matagi Snipers, as they call themselves, aren’t even the first all-seniors gaming team in the world. According to the group’s website, they are only the fifth. Sweden, for example, has the Silver Snipers, who specialize in the classic first-person shooter “Counter-Strike.”

While those of us outside the gaming community may not realize it, the world of eSports has become a huge and growing industry.

Thanks to the global pandemic, the industry has experienced an unprecedented growth spurt in 2020 and 2021. Consumers and sports enthusiasts who missed the enjoyment of in-person sporting events could still turn to the remote gaming community.

Going into 2021, the global console games market will amount to $67.1 billion at a compound annual growth rate of 13.4 percent, according to a report from ResearchAndMarkets.

Let’s look at some of the biggest trends in eSports that will continue to drive growth in the industry in coming years.

The eSports industry needs a lot of data. The development of Cloud technology will likely have a hugely positive impact on eSports, allowing gamers to maintain high quality visuals even when playing on low-end devices.

There’s other advantages, too. Even if the system crashes, the player won’t lose their game. As 5G cloud gaming becomes more widely available, it makes it possible for more gamers, especially those in rural areas, to join the community with smartphones or other devices.

“Cloud gaming has seen major momentum on consoles and PCs over the last few years,” Raheel Hasan of cloud-based streaming platform 1App told Yahoo News. “However, the rapid growth in edge computing and 5G networks and the resulting improvement in latency (response time) creates a huge opportunity for cloud-based gaming on mobile. It opens the potential for creating Netflix-like apps that aggregate games instead of just video content.”

Virtual reality and augmented reality have existed in some form for decades. Old-school gamers will remember some of the early attempts at this from the 80s and 90s, like the Mattel Power Glove for the original (NES) Nintendo Entertainment System, Nintendo’s Virtual Boy from 1995, or the botched SEGA headset that never made it to market.

But technology has evolved quite a bit since those days, and now AR and VR are making a comeback, likely with staying power this time.

Facebook’s Oculus Quest, released in 2019, finally brought VR into mainstream consciousness, and since then businesses have leaped at the opportunity to invest in early-stage VR companies.

“The eSports market is likely to surpass $1.5 billion by 2023,” said Sheldon Inwentash, CEO of ThreeD Capital Inc., which has invested in several early-stage eSports companies. “We can expect this growth to increase even further with the addition of more possibilities for VR and AR coming in the near future.”

In-person gaming competitions had already become incredibly popular before the pandemic, and will likely make a comeback as the world returns to normalcy.

But these competitions can also continue to operate even without in-person gatherings, giving them a major advantage in the post-pandemic world. The competitions can attract thousands of viewers, and many teams and competitions now receive the support of major investors, as well as governments.

It’s part of why eSports has already become a recognized mainstream sport — even if many people still don’t realize it.

All you need to know about Filmora

Be Prepared for May Showers with These Semi Truck Accessories

Types of Home Automation You Can Actually Afford

5 Best Merging and Editing Tools for Your PDF Files

7 Things To See In Arizona that Should be on Your List!

How to Choose the Right Toilet for Me?

Benefits of Hiring Tree Loppers in Canberra In

How to Increase Small Business Profitability with Amazon FBA

Everything You Need to Know About Your Company Vision