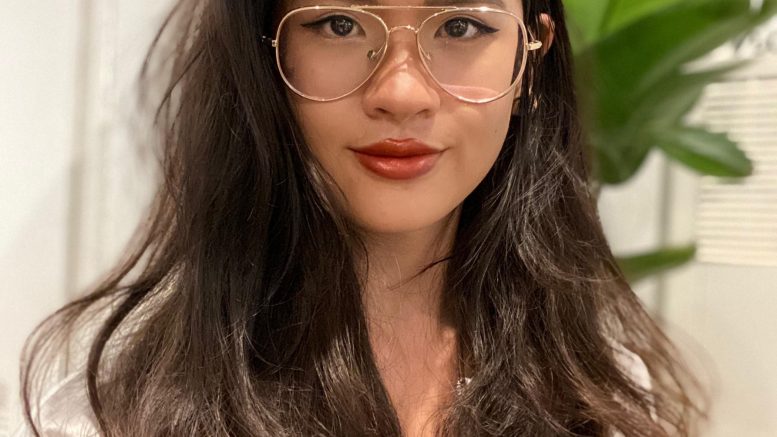 Jieyi Lee’s life was changed when she went to a Disney exhibition as a child. She loved the
classics, such as Snow White and Bambi, and watching the touching and memorable stories in
the beloved films, but it was walking that exhibition where she first discovered how the films
were made. She was in disbelief that the movies could have been drawn by hand, frame by
frame. She already loved drawing and texturing but fell in love with the smoothness of
animation that day, with the muscle movement and the exaggerated timing control. The art of
bringing illustrations to life, transcending the frame, traveling through the screen and sharing it
with the world, that is true magic, and Lee set out that day to become a magician, of sorts.
Now, Lee is a celebrated motion designer in her home country of Taiwan and abroad. Most
recently, fans can see her work in Netflix’s newest hit Enola Holmes, starring Millie Bobby
Brown (Stranger Things, Godzilla: King of the Monsters), Henry Cavill (Justice League, The
Witcher), and Sam Claflin (Hunger Games, Me Before You), but she has worked on countless
movies, television series, trailers, commercials, and more, bringing her stunning artistic talents
to audiences around the world.
At only 25, Lee has had a career many can only aspire to, being a part of award-winning films
like Hustlers and popular shows like Nancy Drew, but one of the greatest honors of her
esteemed career was being invited to take part in Facebook’s Valentine’s Day event last year.
“Facebook Live: Valentine’s Factory” was a special event in 2019 hosted by Facebook for
Valentine’s Day. Lee was one of 14 artists who were invited to make custom Valentine’s cards
for the Facebook Valentine Factory. They were live streaming, taking custom card requests
through Facebook, and creating them while live streaming for 8 hours. After the event,
Facebook compiled all of the cards the artists made and mailed them to the Facebook
audiences.
“This was a very unique opportunity to be featured on one of the biggest platforms in the
world. I was able to share my illustration artworks as a true artist, not under any instruction
from a client, not behind the screen, and not just a name on the credit list. I was the one on the
screen, showcasing my technique and talent. It was an amazing experience,” said Lee.
Lee, who normally works alone behind a computer screen, found working on Facebook Live a
totally different experience than she was used to. She was drawing live, surrounded by
cameras, taking requests and notes from the director, with many people standing behind the
screen watching how she was doing, all while trying to get every single detail and finish a card
design in just 20 minutes. It was high stress, but in the best way.
“It was a special experience to be featured as an artist on the screen, and I really liked the
concept of the audience being able to see the card created from start to finish. A custom design
is much more special than a design that comes on a card you can get from a store. I believe
when the cards were delivered to the audience, they could hold the cards and they could feel
the love and effort the artist put in,” she said. “My illustrations brought people on the other

side of the screen happiness on Valentine’s Day. I think that’s the meaning and value of being
an artist. You want to deliver a story without words, and you want to share the emotion with
your artwork – and I think I did that.”
Being one of only fourteen artists selected out of the millions around the world that use
Facebook was an honor for Lee, but spreading love and happiness on such a special holiday was
the true reward.
Click here to see the stunning artwork from “Facebook Live: Valentine’s Factory.”

How To, SOCIAL MEDIA

The Dangers of Driving With A Cracked Windshield?

How can a senior move manager save you money?

Best Bread Machines for Every Need

Top 6 Luxury Fashion Brands And The Stories Behind Their Logos

How to Recycle Your Old Gadgets For Cash

Small Business IT Certifications – What Are They and Why Do You Need Them?

Private Investigation: The Benefits of Hiring A PI For Your Business

What Makes for an Excellent Business Technical Support Service?

Mix Web Development And Content Marketing For The Best Results

The 7 Cheapest Ways To Heat A Home

How to Increase Your Conversion Rates

How to make money from online home tutoring?