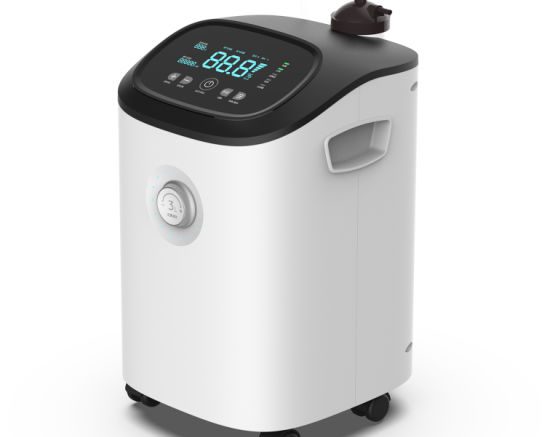 In fact, it’s best not to use the atomization function for the home oxygen.

The reason why hospitals need to use them together is because industrial integration is convenient for nurses and doctors to treat patients. If you use an atomizer alone to atomize the patient.

Each bedside must have an atomizer, which will increase the workload, storage, and cost of the hospital. The hospital is from the perspective of convenient management and cost-saving, and the patient should treat the disease with the best effect.

If the wool comes out of the sheep, if you add an atomization function, it will increase the cost to the manufacturer, and you will still pay for it yourself.

Many friends worry that I often use a home oxygen generator for oxygen inhalation, will I become addicted to oxygen inhalation? Especially some elderly friends worry that they will become dependent on oxygen after inhaling oxygen, but it is not good for their health! Here, Deda will give you an analysis of whether you will be addicted and dependent on oxygen, and dispel everyone’s concerns.

Oxygen is not a medicine. It exists in nature and is an element necessary for human survival. When we use a home oxygen machine to inhale oxygen, we just increase the concentration of oxygen we inhale, increase the oxygen content of the arteries, improve our body’s hypoxia, restore or promote the body’s metabolism to a certain extent, and establish a A virtuous cycle and relieve the pain caused by hypoxia.

Even the household oxygen inhalation machine that is used frequently does not depend on oxygen. In medicine, “dependence” is specifically used for drug dependence, also known as: “drug habit” or “drug addiction”, it refers to the use of certain drugs, especially drugs that act on the nervous system to produce mental or (and) Physical dependence on drugs;

Oxygen therapy does not have drugs to enter the human body. Supplementing oxygen directly increases the oxygen content of arterial blood, improves the hypoxic state of the human body, restores and promotes benign circulatory metabolism, and relieves the symptoms of hypoxia pain. Therefore, doctors such as pregnant women and emergency patients may recommend oxygen.

So in general, long-term oxygen inhalation will not make people addicted and dependent.

In addition, the concentration of oxygen when inhaling oxygen is also emphasized. The higher the oxygen concentration, the better. This concept is wrong. If the oxygen flow is low, the body will respond instinctively, and the central nervous system will automatically take deeper and wider breathing. If high-flow oxygen is used, people’s breathing becomes shallower. However, the long-term lack of oxygen in the body of emphysema patients has carbon dioxide storage. If the breathing is too shallow, carbon dioxide cannot be discharged out of the body, and oxygen cannot be inhaled, which will cause oxygen inhalers to fail to inhale oxygen. Therefore, patients with emphysema need to choose safe hypoxia. Generally speaking, the oxygen flow rate is 1~2 L/min, and it cannot be adjusted to 3~5L/min.

Oxygen is still helpful to the body. Especially the elderly who have breathing problems with heart and lungs, and the young people do not need to inhale oxygen if they have no special problems.

Be the first to comment on "Does the oxygen machine need to have an atomization function?"

Most important communication standards in the IoT

How to Find the Best Gaming Desk

Marine Electronics. Basic Troubleshooting for When Your System Goes Down

How Search Engine Optimization Can Benefit You and Your Business

Everything You Need to Know to Deal with Bankruptcy

3 Tips For Starting Your First Franchise

What are the ways to find a better contractor?

5 Things You Should Know Before Conducting International Business

What Are the Best Financing Options for Your Firm?