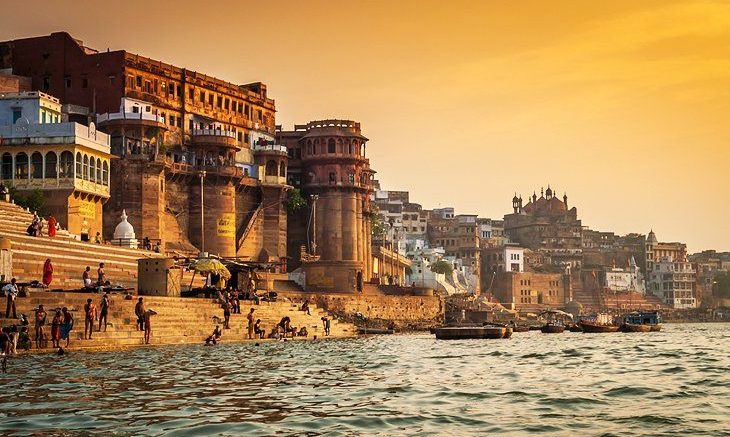 Of the USD 342 billion that India attracted in investments over the last 15 years, 10% was for real estate. Indian real estate is one of the best investments in all of Asia. In fact, the yields offered by various cities in India compete with some of the highest in the world. Moreover, the time to invest in India has never been better. There are not only marvelous properties for sale all around the country, but the advantages for buyers are extraordinary. The interest rates on home-buying loans are at their lowest and the real estate market seems progressive and healthy. You can rely on great returns for the rest of the decade for your investment. Whether its flats in South Mumbai or an IT park in Hyderabad, you’ll be profiting a lot if you invest in the real estate sector.

Some of the most obvious choices in India are the biggest cities like Mumbai, Hyderabad, Delhi & NCR, etc. You can get a 2 bhk flat for sale in South Mumbai, or commercial real estate in any of the areas. These are all profitable investments if you take a look at the numbers shown by the market in recent years.

Delhi is one of the central destinations of India and manages to attract a lot of attention from everywhere. Under the Real Estate Act of 2016, the city launched quite a lot of projects to bring it to a better stage. Consequently, many areas of the city saw extraordinary development. Simultaneously, the real estate market showed great activity with almost 11,726 units constructed in 2017 alone. Come 2018, another 15,819 units were launched in the market. More than half of the projects were directed towards the Gurugram area along with Greater Noida and Ghaziabad. Even by the end of 2018, almost 142,007 units were recorded as unsold in the city’s inventory. Eventually, interests from all around were rising and these areas became note-worthy. Suffice it to say, by 2019, these were some of the best-performing markets of the city.

Ahmedabad is one of the cities in India that have recently developed itself into a metropolitan city. With over 8,089 residential units made available by the end of H2 2019, the growth rate is exponentially high. Compared with the rates shown by the market in 2018, 2019 promises to meet the rising demand. By the end of 2019, almost 11,487 units were ready in the city’s inventory. This was one of the biggest annual upsurges ever recorded by the city, with a 176% upsurge from 2018-2019. Taking a look at the market activity in 2019, the city launched almost 8089 residential units. The number of sales and transactions recorded was 8,501 by the end of H2. These figures show that the interest grows as each day passes in Ahmedabad. Moreover, there are new projects under process and more businesses shifting focus to the area. This will definitely result in a boom in the real estate market.

With the closing figures of 2019, the unsold inventory in the city went down by 15% to a total of 78,414 remaining. In 2018, the unsold inventory counted 92,718 units available. These are figures launched by Knight Frank for Indian real estate and suffice it to say, the buyer sentiments have approved. For the past few years, confidence in the real estate market of Bengaluru was shaken for most. However, 2019 brings good news and lifts up morale for a better year in 2020.

Missed Redmi Y1 Sale AGAIN?? Check the Best Alternatives that are No Less!

What’s the Correct Way of Testing Your Website Speed?

Pros and cons of having an electric scooter in the city

What are the Basic Elements of a Free Quit Claim Deed Form?

The Challenges Faced in High-Heat Sealing

How Recruitment Agencies in Pakistan Spot Out the Talented Candidates For Their Clients:

Little Caesars Pizza Franchise: Pros and Cons If Buying Into It

Things to Know before Hiring Any SEO Company

What Needs Does Your Business Have?

How to Unlock Your AT&T Phone or Tablet : Quick Guide

Yulie Archontaki: Portraying the Immigrant Plight in an Unexpected Potumentary