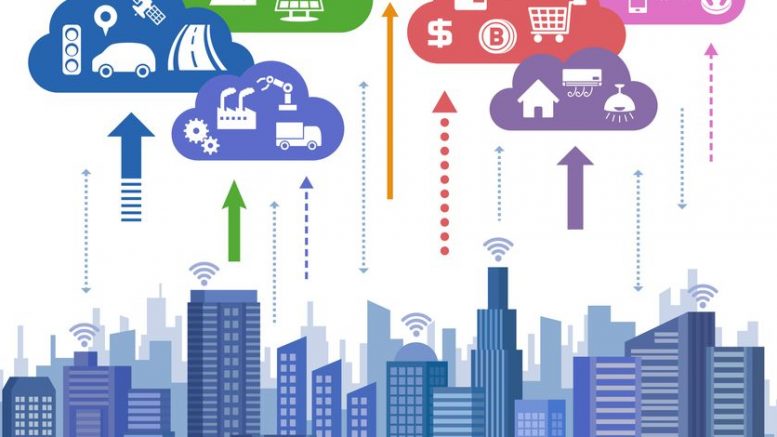 The concept of smart homes and smart cities may sound familiar to you, but I’d bet that you haven’t heard about smart bodies that much, if at all. That’s because people are starting to realize something companies have been considering for quite some time: the possibility of using technology to enhance their own bodies. However, connecting technology to our body to make it better is not precisely a new concept—think of pacemakers and hearing aids.

But it’s the wide scope of uses for that “body technology” that’s making this trend gain traction by the minute. From wearable smartwatches that aid in sport activities, to microchips inserted in the brain that interact with compatible devices, the industry of the smart body is already here. Let’s take a look at how companies, along with experts, designers, IT staffing services, and developers are creating the experiences that will define our future bodies.

What are “smart bodies”?

As mentioned above, smart bodies refer to any technology that’s used to enhance a person’s body in some sort of way. The most popular examples of said technology are wearables that are accessories that can be worn in a specific part of the body to track various things related to it. It’s no surprise that wearables, especially smartwatches, are used for health reasons: to aid during fitness workouts and to monitor important things like blood pressure and heart rate.

However, smart bodies don’t end in wearables. In fact, wearables might be the simplest form of technology to make the body smarter. A whole new trend has businesses hiring IT staffing companies and venturing into what some people are calling “insertables”: devices that reside inside the body. This idea has been mostly reserved for medical devices. But that’s about to change, as many projects are developing products for non-medical purposes.

A clear example is Elon Musk’s Neuralink, a so-called “brain-machine interface.” Through an implant on the brain, the user would be able to control devices with their thoughts. Crazy as it sounds, the theory and technology are already among us and are being tested extensively to be released on a massive scale in the near future.

So, smart bodies aren’t something that seems out of a futuristic novel. It’s the technology that’s being worked on right now and that will surely impact our daily lives in the coming years. Let’s see some of the most interesting projects.

From wearables to insertables

We can’t start a review of smart body technologies without talking about wearables first. That’s because there are a number of products already on the market that are proving to be very effective. And while they might still not be as massive as they could be, it’s only a matter of time before they are. In fact, recent predictions estimate that the smart wearable market will reach a volume of 515.79 million units by 2024, up from 181.51 million units in 2018.

That growth will surely be fueled by smartwatches, thanks to the recent advancements in their aesthetics, practicality, and features. Leading the way is Apple with its recently revamped Apple Watch. Though the product hasn’t reached the popularity the company expects from it, they continue to bet on its development.

The new Apple Watch 5 has a lot of features that allow you to monitor your heart rate, track your workout, control the decibels of surrounding noise, and even to log information about your menstrual cycle. Thus, it works as a great example of how a wearable can improve your daily routine and control over your body.

There are other kinds of wearables that are less known but that are equally impressive. Take smart fabrics and clothing, for instance. Some researchers are working with nanostructures made out of a combination of copper and silver that can be embedded in cotton threads and later used in clothes. The nanostructure’s goal is to absorb sunlight, degrade dirt, and keep your clothes (and yourself) cleaner.

Another example comes from none other than Samsung. The company hasn’t disclosed that many details about it, but it seems to be working on a wearable electronic device that could harvest and generate electrical energy through motion. That should be really something, especially considering the wide range of devices that we are about to use, from other wearables to smart clothes.

Wearables might be some of the most popular and common technologies when it comes to smart bodies but, to be truthful, they feel like they aren’t enhancing our bodies that much. That perception is about to change thanks to the introduction of insertables (no pun intended) that go beyond medical uses and into the territory of personal use. We’re talking about insertables as devices of choice.

The already-mentioned Neuralink is a great example but it’s far from being the only one. People in Sweden are inserting chips in their thumbs to access their homes and offices with a swipe of their hand or to store information (such as emergency contacts, rail or event tickets, and social media profiles). Other kinds of chips, like the ones developed by VivoKey Technologies, are also used to serve as digital wallets and even to connect to blockchains.

The healthcare industry has taken advantage of insertables for quite some time now, so it’s only natural for it to embrace more sophisticated solutions. There are several smart contact lenses in development that seek to correct common vision problems as well as monitor glucose levels to notify about dangerous levels. There are also some projects seeking ways to aid people with common diseases. For instance, there’s a whole community of DIYers creating an artificial pancreas of sorts that could control the insulin levels through a smartphone.

There are way more uses you can imagine – and some of them are wild. For instance, the Lovetron 9000 is an implanted sex toy for men that vibrates to provide an extra level of pleasure to the implanted’s partner. Artist Neil Harbisson uses a device attached to his head to tackle his color blindness. The device turns colors into audio frequencies that create some sort of symphonic palette that lets him understand the colors of the world in a very different manner.

There’s even a neural implant that’s helping blind people to see  (at least partially) again. The implant has a camera that translates images into impulses that are then fed to the brain, where they are reconverted into images the wearer can see.

The age of the augmented bodies

We’re slowly but steadily approaching an age when inserting devices inside our bodies will become a common practice. We are already used to that at some level, though most people that accept to be implanted with some sort of technology inside them often do so based on medical reasons. The world that’s coming our way, though, will see people undergoing procedures to get implants for leisure and augmentation.

As the age of human augmentation becomes a reality and our bodies turn smarter, some unavoidable challenges will come along with it. Some of the most pressing concerns involve the privacy of the data generated by the inserted devices and the overall security of the implants. Some people see these gadgets as threats and even imagine some sort of dystopian future based around them. While it’s easy to dismiss those worries as the ideas of alarmists, the truth is that all of society needs to debate whether they want to use these devices without a rigid law framework.

Be that as it may, the advancement of smart bodies is a force to be reckoned with that won’t stop. People are already experimenting with technologies to enhance the body’s natural capabilities and even circumvent some of its limitations. As the devices become more and more ubiquitous, people will start to see them differently and, thus, smart bodies could end up becoming a common thing in our society.

Be the first to comment on "What about smart bodies?"

How to Find Your Electric Skateboard and Accessories?

How Phones Scams Can Harm Your Business And How You Can Protect It?

How to Play PUBG Mobile On PC [Complete Free Guide]

How Does A Dual Hose Air Conditioner Work?

4 Spectacles to Boost Up Your Confidence

Why are location pages so important and why should optimize yours