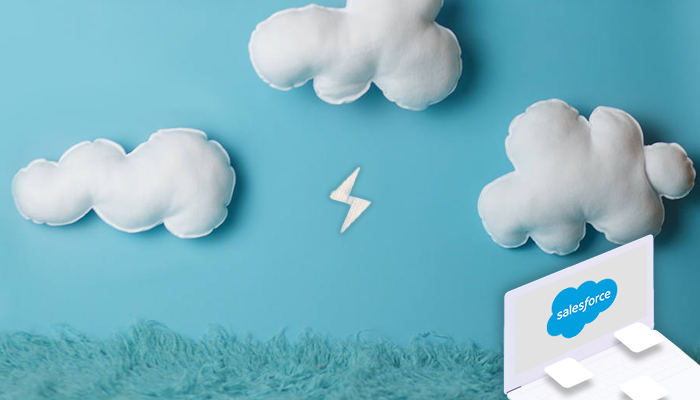 Despite their image, Salesforce keeps coming with some new and innovative software every now and then. low-code solutions like Lightning App Builder and Lightning Flow, pro-code tools like Salesforce DX, and enterprise services like Salesforce IoT and Salesforce Einstein are some of the stars of the list.

The newest entry in this list is Salesforce Lightning web components, and in this blog, we will talk about it in an introductive manner.

Mike Rosenbaum, EVP of product at Salesforce says- “We are constantly working and looking for ways to help our customers go faster, innovate and deliver new products to their customers and employees, With Lightning Web Components, we are giving developers a new, sophisticated, standards-driven framework for building enterprise apps on Lightning.

A programming model for JavaScript developers, Salesforce lightning web components helps the programmers to code on the Lightning Platform. Javascript is a core technology that is known for running the internet. You can understand the power of Javascript by the fact that 95% of all the websites run on JavaScript, Isn’t it mind-blowing?

According to IDC- “there were 7.04 million full-time JavaScript developers worldwide in 2018” Salesforce has leveraged the power of JavaScript to provide developers the freedom of using their most preferred tool, reusable building blocks for creating Lightning apps. Enterprises can use their own existing developers and low code tools to create high performing web applications.

the reason is- the programming industry is lacking developer talent and low-code application development requires less manpower. According to a recent study, 250,000 developer jobs are unfilled in the United States currently. In this scenario platforms like Salesforce Lightning Web Component can be proved blockbusters.

Lightning web component is built according to the web standards so its kind of a new breed of lightweight frameworks. Templates, custom elements, decorators, modules, shadow DOM, and other new language constructs available in ECMAScript 7 makes it more convenient for Salesforce development companies to leverage lightning web components.

According to Dory Weiss, VP of engineering at bank operating system company nCino- “Lightning Web Components give our developers the ability to quickly create immersive app

Salesforce metadata combined with the lightning web component programming model can produce the next level of productivity.

Besides all praising words, in the last few years, Salesforce has attracted a lot of criticism too. We hope Salesforce will get over the criticism and raise as a software development company even after having a no software logo. Salesforce Lightning Web Components can be a gamechanger among low-code frameworks so good luck to Lightning web components.

Link between Mobile Phones and Cancer: What Studies Found

How to Use SEO to Improve Roofing Company’s Marketing Strategy

How to Use Serverwala’s Bulk Email SMTP Server Hosting 2020

How to Spy Android Phone with Spymyphone

Why 2021 is the Year for Window Tinting

Why Property Management is a Good Investment

Top 3 use of Business Letter Templates

A Quick Guide on How and Why to Buy Online Votes

Why Use Equipment Rentals in the Construction Business

Heatsign Marking Machine You must have to Order

Investing or Not in a Time of Recession? Yes, and here’s why

The Complete Guide of a Print-on-demand Service