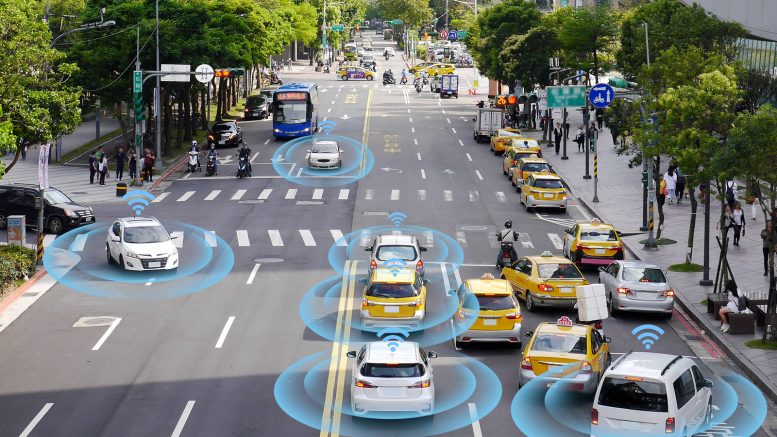 Imagine kicking back in your car, plugging your destination into the vehicle’s dashboard and being able to sleep in the backseat while your car drives you to your destination. It seems like something out of a sci-fi movie, but it’s fast becoming reality.

Google, Tesla, Uber and others are working on fully autonomous vehicles.

It’s an exciting time to be alive, and it will be able to put an end, or at least lower, the 1.25 million auto deaths per year.

But the technology is still advancing, and it is able to teach everyone a lot about self-driving vehicles and how human behavior is affecting the industry.

Uber and the Fatal Crash the Ended the Company’s Trials

Uber is/was working on their own self-driving fleet of vehicles, and the company had high hopes that they would be able to run their own fleet of autonomous taxis to pick up passengers. But the company’s tests came to a screeching halt after a fatal accident.

Autonomous vehicles use big data to be able to determine objects in the road and to analyze the environment around them.

Sensors, cameras and other technology data are being transferred in near real-time to adjust to the road.

Autonomy isn’t at the stage yet where most companies will test their vehicles without humans behind the wheel. For safety and liability issues, there’s usually a person sitting behind the wheel to prevent any accidents that may occur.

But we know that humans seem to have lost any sense of an attention span in recent years.

A woman was crossing the road, and she was struck and killed by the self-driving Uber, which was traveling at 39 MPH. A massive investigation into the matter was conducted, and a 318-page report was presented by the local police department.

The safety driver. The driver was too busy watching The Voice, and video shows that she was looking down at her phone at the time of the accident. For whatever reason, the vehicle was able to detect that there was a person or bicycle in the road, but the vehicle never applied the brakes to stop the accident from occurring.

The vehicle relied on the safety driver to stop as the emergency brake system was overridden at the time.

The accident was completely avoidable if the safety driver would have taken her eyes off of her phone.

Autonomous vehicles may not be up to human standards just yet, but there’s also another problem: humans keep rear-ending these vehicles. Perhaps it’s because the driver is entranced that the vehicle in front of them doesn’t have a driver in control.

But it’s a problem.

In September, three of these vehicles were hit on the side because of a human. Three additional vehicles were rear-ended, and one of them was even hit by a bicycle. How can a person on a bicycle not realize how close they are to a vehicle in front of them?

The good news is that out of the 49 (or a few more) accidents involving autonomous vehicles in 2018, most were very minor in scope. One concern, due to humans completely hitting these vehicles for no apparent reason, is that the autonomous vehicles are driving in an unexpected manner.

Perhaps the brakes are being applied to quickly, or perhaps it’s just human error.

It’s an unfortunate side effect of progress, and with the potential to save millions of lives, it makes sense for governments to continue allowing self-driving vehicles on the road.

There have been a few incidents where sensors failed, and this is an issue that is primarily worked out by many companies.

But once again, the majority of accidents, especially those that led to fatalities, could have bene avoided completely if the safety driver reacted to warnings from the vehicle. These warnings were sometimes completely ignored, and this led to someone dying as a result.

While self-driving vehicles are definitely the wave of the future, we’re still a long way off before we can expect fewer accidents, fatalities and news on self-driving incidents. Until manufacturers are able to completely remove the human element from driving, we’re likely to see many of these superficial accidents in the news.

Find the Answers of Any Questions on Google

4 Tips to Help Your New Driver get their First Car

What Window Tint is Legal?

How to Market Your Personal Injury Law Firm On Social Media

Some features of Garmin Echomap Marine Products You Can Count On

Common Cox Cable Problems & How to Fix Them

United States: Expert Tips on  Why You Should Sell Your House in 2019

What To Ask A Montreal SEO Agency Before Hiring

Tips on How to Sell Products of Handycraft

6 Elements To Consider Before Buying The Tyres Online