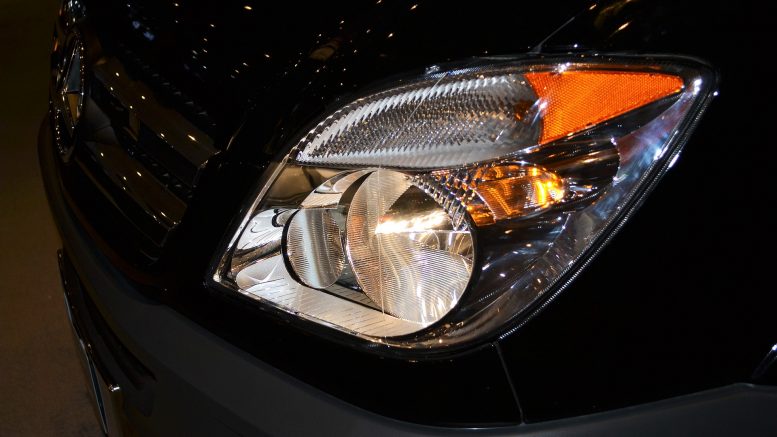 Cars are indispensable in today’s time.It’s impossible to imagine our lives without having one around.This level of dependency on cars should make us question about its environmental impact.While it might take years to completely shift from gas-powered cars to electric ones; using Quality LED headlights in comparison to traditional HID and Halogen, can help to reduce the harmful impact on the environment.

What is LED and why you should be using it?

LED or Light Emitting Diode is a recent technology that uses a semiconductor to excite electrons, which splits into light emitting photons.

The economic advantages of using LED are countless.They have better performance, lower maintenance costs, last longer than their competitors like HID and Halogens. And finally, are extremely energy efficient when compared head to head with other available alternatives.But LED isn’t just about being the best deal and saving you money. They also put less strain on the environment than present alternatives.

LED has been a game changer when it comes to energy efficiency.Most of the headlights in present-day use are HID. HID draws up more power as it needs to be heated up before every use.LED, on the other hand, works using semiconductors which don’t require any preheating.A good quality LED uses a high rated semiconductor which significantly improves the overall efficiency of headlights.To give you numbers, LED is about 80% more efficient than the traditional equivalent of fluorescent, incandescent.Almost 95% of the energy emitted by LED is light energy, which means as little as 5% of energy is lost in heat.

With millions of cars running around on a daily basis, LED’s energy efficiency brings down power consumption by a significant amount.

Harmful substances like Mercury are present in most of the traditional light bulbs like Halogen, HID, etc.LED is the only exception.LED is made up of high-quality metals which have a reusability factor. After a LED is worn out, its spare parts can be easily recycled.Importance of not using any harmful substance can be calculated by looking at tonnes of waste dumped into the ground daily.Dumping of LED is less in net volume and has no negative impact on the field; thus helping us combat land pollution.LED poses less risk to the health of manufacturers since it contains virtually no harmful substance.

You might already know, the abnormal increase in level of greenhouse gasses like Carbon dioxide, Sulphur dioxide in the air causes global warming.HID and Halogen notoriously emit a large amount of Carbon dioxide which directly contributes to pollution.LED, on the other hand, emits a significantly less amount of Carbon dioxide.The lower rate of emission is because LED doesn’t operate on inert gases like Xenon, Helium as its counterparts do.Replacing all the existing headlights with LED headlights can lead to 80% less carbon emission.The 80% drop in Carbon dioxide emission level leads to around ten metric tons less carbon emissions annually in the USA.

HID headlights last barely for 2-3 years and need to be replaced or repaired on a frequent basis.Due to this, there is an increase in demand for spare parts and accessories and consequent depletion of limited natural resources.LED is made of superior technology and higher build quality. The robust structure makes sure that LED headlights last easily for 4-5 years.The longevity of LED ensures that the optimal amount of natural resources are used.Not only this, a worn out LED can be recycled way easier than HID or Halogen alternatives.The reusability of scrap metals ensures that there is minimal wastage of natural resources, which is depleting every passing day.In short, a longer lifespan makes sure that fewer resources are used, and less amount of waste like glass and unwanted metals are dumped into the landfills.

There is no second opinion when it comes to environmental benefits of using LED headlights in your car.LED with its energy efficiency, significantly low carbon emissions and a longer lifespan makes sure it doesn’t severely affect the environment.As the world plunges into the uncertainty of preserving the environment, replacing your traditional headlights to LED ones will be a definitive step in the conservation of the environment.It’s about time we switch on LED lights for a brighter and greener future!

Drifted Away from Consumer Sector, Next Microsoft Surface Phone will be on 2017

Why is an expensive screen protector not worth to buy

What You Need to Understand About Mobile Number Tracker

What is SEO for Online Business?

KENT CamEye: A device for security of your vehicles and safety of your loved ones

Simple and cost-effective marketing: promoting your beauty business with leaflets

PMP Certification cost and everything you need to know

How Social Media Strategy Can Improve Your Small Business

How to avoid visa rejections for Canada?

How do I improve my Taekwondo skills?

How currency exchanges can have a dramatic impact on business

Easy Jobs You Can Do and Still Get Paid Highly

Find IT Recruitment Firms Online to Help Your IT Recruiting

Techy Turmoil: What to Do When your Business Network Goes Down

What to avoid after Undergoing an Oral Surgery