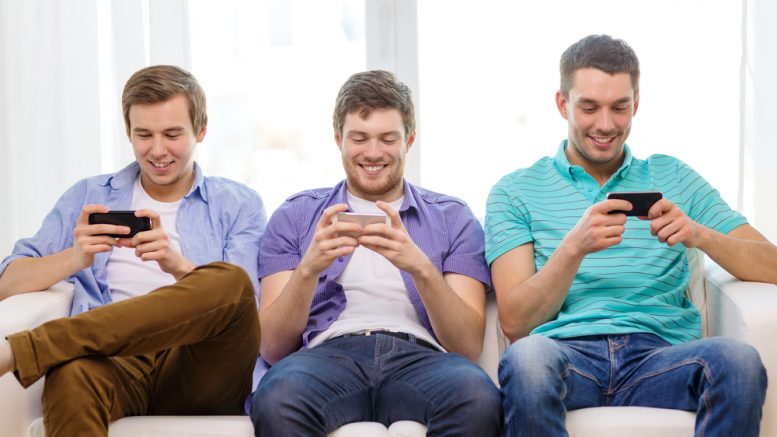 The SoCs (System on Chip) powering mobile devices these days can be extraordinarily powerful – the Qualcomm Snapdragon 845 in particular is delivering blazing graphics rendering and VR capabilities. Thus, mobile games are catching up to consoles (but not PCs) in terms of 3D graphics display. So, what are the absolute best looking mobile games out there, with truly stunning visuals? This list will reveal them! 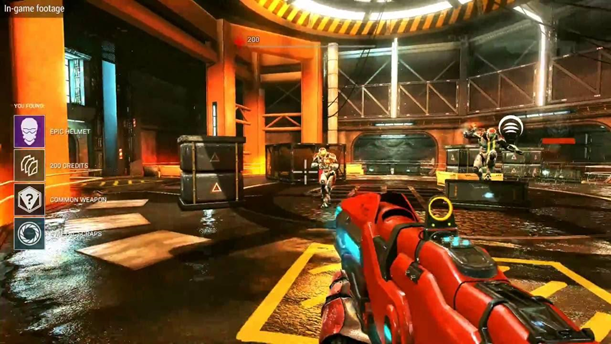 Shadowgun Legends is the latest offering from Madfinger Games, the same team behind the graphically impressive zombie apocalypse shooter Dead Trigger 2 (which was also visually stunning in its time).

Shadowgun Legends is a first-person shooter that really pushes devices to the limits of their capabilities. Visually, it’s reminiscent of titles such as Halo and Destiny, with its futuristic theme. Gameplay wise, it’s a bit like Surviv.io meets Borderlands meets Dead Trigger 2. The graphics can be adjusted for older devices, but if your device is capable of the highest settings, its really comparable to a console gaming experience. This game doesn’t feature gorgeous high-res 3D graphics – it features gorgeous, hand-painted 2D graphics. You can tell the artist behind Broken Age lovingly painted each scenery, as the scenes really seem to pop out and come alive with vibrant colors and great use of lighting.

It’s an adventure puzzle game, and you jump between characters as the storyline progresses, which might feel a bit disjointed. What brings it together though is some great voice acting and an entertaining script.

One of the most popular console and PC shooters was launched on mobile devices, and man is it impressive. A few things may have been sacrificed between platforms for performance reasons, but it really is only a few things – the mobile version of PUBG looks spectacular on mobile screens as much as it does on a desktop. There’s a lot of fighting games available for Android devices, but none quite as visually impressive as Tekken Mobile. All the characters are rendered in amazing detail, in fact it’s almost console-level quality with all the muscle definition and clothing wrinkles.

The downside of Tekken Mobile is its ludicrous focus on IAP monetization for stat-building, but that’s another story. The controls are also quite simplified – no crazy button-mashing combos we all know from the series, it’s been simplified to screen taps and slides. At the end of the day though, Tekken Mobile is really quite gorgeous and that’s what we’re talking about here. 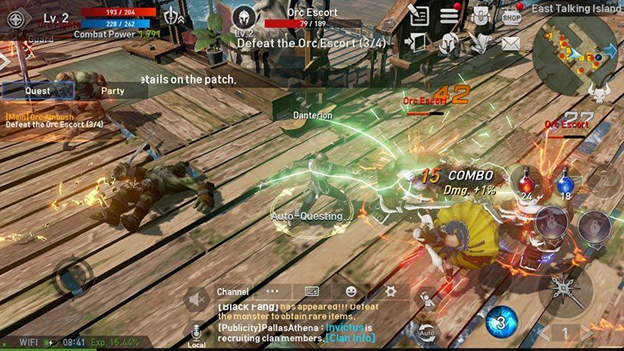 This is a mobile version of an insanely popular MMORPG from Korea, and its really quite beautiful. The lush scenery, vivid spells, and epic battles with over 100 simultaneous characters on screen will bring your mobile device to its limits.

It’s a freemium based MMO, which means you’ll do a lot (a lot) of grinding if you aren’t going to plunk down real money. But with all the pretty scenery to enjoy, grinding doesn’t seem so bad. 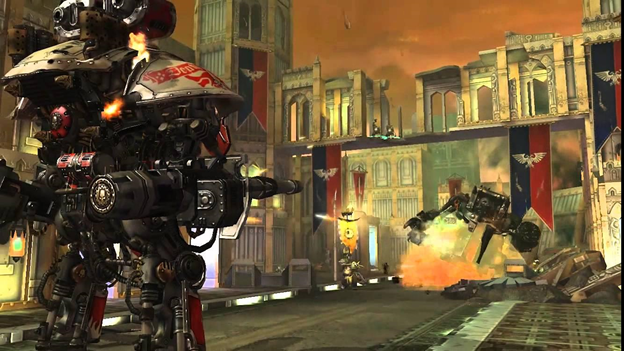 If you’re a fan of the popular Warhammer 40,000 series on PC, you can certainly enjoy it on mobile as well, in all its high-detailed glory. You’ll control an Imperial Knight mecha-warrior with a range of awesome weapons at your disposal, and just blast your way through hordes of enemies.

Not only are the graphics fantastic, but the controls are easy to master, and it’s really quite easy to enjoy it as a free game. You can make IAPs for PvP benefits, but the single-player campaign will satisfy you just as well. 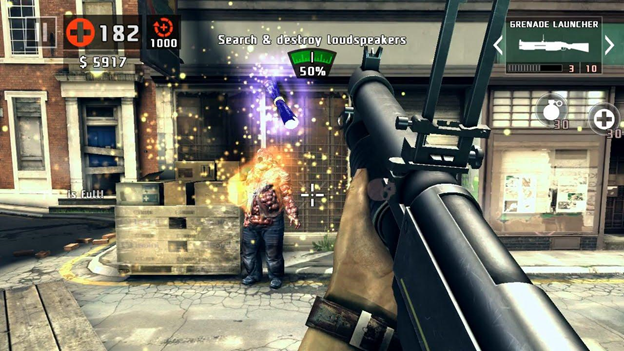 We mentioned this earlier while talking about Shadowgun Legends, but the graphics are still visually impressive enough to be worth mentioning again exclusively. The game brings you Fallout like gameplay with a mixture of  Zombs Royale.

There’s something so incredibly satisfying about blowing zombies apart with a bunch of unique weapons, but you can also bash their faces in with hammers or hack them to pieces with machetes. Yeah, this game is ultra-violent. There’s some humorous weapons also, like exploding chickens.

It has got a great multiplayer system too, so you can team up with other players to try and hold out against the hordes of zombies trying to eat your face off. Overall, despite being released in 2013, its still one of the most visually impressive mobile shooters – frequent updates probably helped, as it was last updated on December 2017. For LotR fans (or just fantasy RPG fans in general), Middle-Earth: Shadow of War is an excellent offering. It was released before the PC / console version yet offers spectacular gameplay and graphics all on its own. Its basically a strategy game with some action-RPG gameplay to it, as you’ll control various characters from the Shadow of War / LotR trilogy in small battles. If you want to relax and enjoy some gorgeous artwork in a point-and-click puzzle style game, Samorost 3 is a sure bet. The gameplay is really simple – you just tap your screen to move the character and investigate different parts of the scenery. But the scenery is gorgeous, with vivid, photo-realistic backdrops for each scene. It’s one of those games where, even if you have no idea what you’re doing, you’ll still be able to relax and enjoy the landscapes. If Counter-Strike style FPS gameplay is something you prefer, Bullet Force will definitely fill that niche for you. It’s a fast-paced, explosive, and quite bloody arena-based shooter. It’s in a modern, realistic setting, so if you play games like Counter-Strike or Call of Duty, you’ll enjoy Bullet Force. You can play against AI bots or play online, and you’ll unlock weapons as you play. Or you can spend money to unlock guns, the choice is yours.

Towelroot: Everything you should know about this Android Rooting app

7 Positive Effect Of Fighting Games On Your Life

5 Tips on How to Find the Best Personal Injury Lawyer

10 best email solution or software to use for email marketing

Four Ways to Climb the Ladder in Your Engineering Career