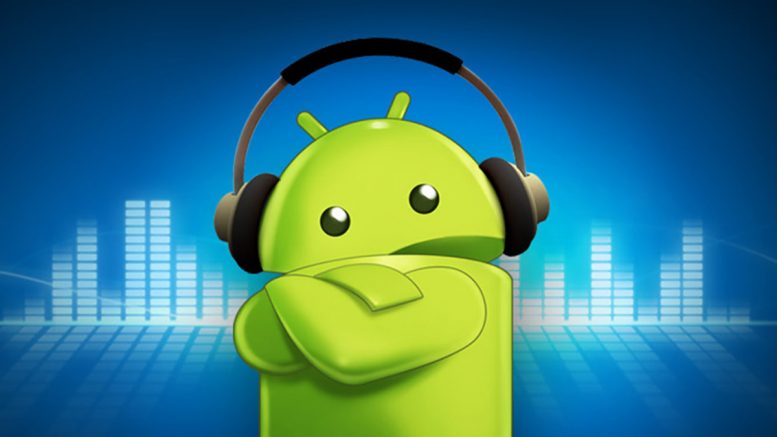 It is said that music is a language that everyone can understand, and true to that all of us are very much in love for music. Whatever the personal favorite may be, whatever genre we may prefer, music is definitely quintessential for us. When it comes to Android we have an awesome Play music app preinstalled created intricately by Google. But then a satisfied Android user is a myth!

So here I present a list of some interesting and stylish music apps for Android. He list is purposely not numbered since everyone has their own preferences and we’re talking about music where nothing is inferior to another.

You might have heard about this one, it is especially famous for the particular application of searching the specifications of any random piece of a song.

You need to just upload the ringtone or whatever segment of song you have and voila; it gives you the information about the name artist and thereon you can download that particular full song or the whole album or you can follow the artist on his other works, all as you wish.

Shazam’s is one the best paid music apps but if you are looking to enjoy such features for free then Music Paradise Pro App is the right choice.

The latest version supports a new feature of shuffling and providing with a playlist based on the genres and artist you acknowledge to be interested in. This helps for keeping track of latest arrivals from your favorites without putting any effort in searching.

Mahn, I can’t explain to you how much beautiful this one is! If you are an admirer of visuals and coding, you have got to check out this one. It scans your storage for all music files (same as other music players), but the real thing is witnessed after this.

It creates an amazing interactive artist name page which has the names adjusted in different font sizes. The song database can be accessed from this collage board. Eccentricity is beautiful indeed, here. The adjustment is always different since no two people have exactly same songs storage and that makes this application special.

It has an additional equalizer for music lovers who want to adjust the knobs a bit according to their tracks and this equalizer supports a ten band integral adjustment mode with an in depth fine tuning.

Poweramp is one of the most used and highly customizable music application available on the Android platform. The app has an estimated 50 million downloads count just so that you know the gravity of popularity.

It has an amazing user interface and the most prominent feature is its equalizer, which supports a visual 10 band adjustment mode; just like the n7 player above.

It is notable that this player’s equalizer can work its magic on Bluetooth configured headsets, too (which is not a feature other average equalizers have). There are some other extra advantages of using poweramp such as a widget available in 3 sizes, background themes, fast scan speed, fading effect etc.

For the polyglots and wannabe lingos, this application is more than just a music player, it just works like magic for improving your language proficiency and get a taste of different cultural and regional hits while sitting in your own space or on-the-go.

The musicxmatch has an astonishing feature of translating lyrics and displaying the translation in your preferred language as well as the original lyrics of the song. This helps a lot if you are in love with a song in a language you don’t understand or simply trying to learn a language by practicing and exploring the native speakers’ culture and art.

Another piece of admiration is its feature of float lyrics, which basically makes an interactive icon available at the operating screen after you have temporarily closed the app and accessing some other app or at home-screen. By tapping on this icon, the lyrics of ongoing son are displayed so that you can check out the word for a particular line you didn’t catch the pronunciation of. It is definitely an underrated application.

Being a Sennheiser fan, I have a personal bias towards this one and if you are an audiophile, you definitely get it why I say that. CapTune comes with the simplest user interface available among a number of music apps I’ve used until now including the official Sony, JBL and other.

It is faster as compared to many other players and the advance feature it includes is ‘soundcheck’. In this feature, it basically presents you with alternative versions of the song you are playing by adjusting the equalizer bandwidths automatically; you need to select one of these alternatives every time and after eight such iterations you are prompted to either take another round for more clarity or hitting was done which provides you with a specially customized equalizer in accordance with the preferences recorded by you in the previous rounds.

This application obviously, also supports auto detection of flagship Sennheiser headsets. It is worth a try for other headphone users also.

Spotify, Amazon music are some of the best web surfing music apps but I haven’t included any music surfing apps since the level of customization is very less there and the objective is simply fast and efficient music search.

Also, many of the cellular operators have developed their own online music surfing apps with various data offers and perks available to them. So, naturally, most people would follow their own network’s music application thereby reducing the necessity for the mention of such an application in our list.

Although I have tried to mention my favorites with each one having a unique specialty and I’ve also tried to not repeat the mention of same old fashioned and stereotypical interfaced application, a comment with your favorite is welcome.

Top 9 Benefits of Information Technology (IT)

3 Methods to Protect your Business from Phishing Scams

Used Cars for Sale in Kenya

Where Are Tires Made?

The Internet and Its Biggest Contributions To Society

Tech Aficionado, Ahavel Aborishade, Talks About the Most Valuable Tech Skills to Acquire in 2019

The best way to spy on text messages

Voice Assistants- The Smart Way To Operate Your Device

Are you Locked out of your Car? Here’s What you Can Do.

Things to Know Before Buying the Perfect Awnings for Your Backyard

5 Life Hacks for Your Next Business Trip to Europe

6 Tips to Use When Selling Your Business

How to get SEO Service at Reasonable Price

Coming Up with the Right Design for Your Business Logo

Why You Should Never Stop Learning as a Manager